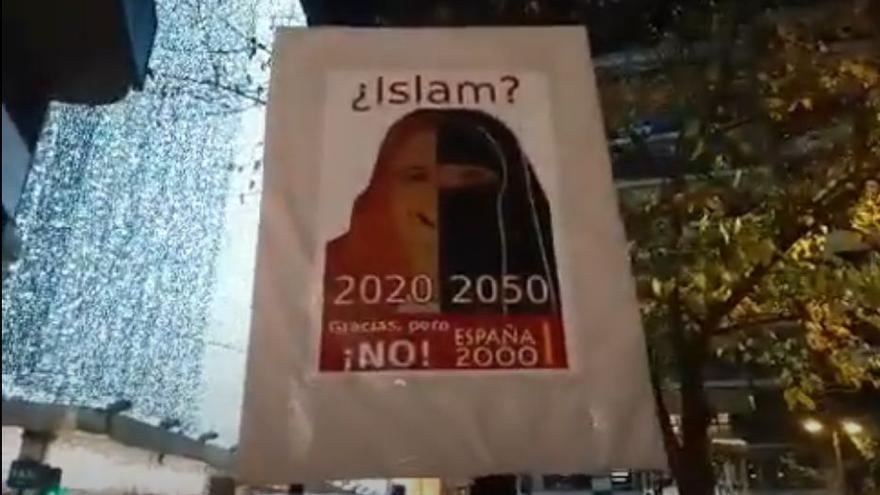 The Valencia Provincial Prosecutor’s Office opens proceedings against the far-right party Spain 2000 for a hate crime after a complaint from València Acull. The NGO presented a letter of complaint as a result of an Islamophobic rally organized by the ultras in the commercial center of Valencia whose slogan was “Islam? No!” in which they denounced an alleged Muslim invasion.

The ultra action was broadcast on social networks and in it several women covered with veils could be seen jumping rope, imitating the spot of the ultra Plataforma per Catalunya association. During the video, a man is heard launching proclamations against migrants and refugees living in Spain, such as the Aquarius modest: “They were not refugees, they are illegal immigrants” to whom he attributes unverified facts such as that “the Generalitat Valenciana gave them a lot of help and paid them salaries. ”

The promoter of the rally cries out, megaphone in hand, that “the Muslim religion is incompatible with democracy”, a statement that was reproached by passers-by, who challenged the party for homophobia. “We call on the Spanish to join the resistance,” he exclaimed, while affirming that the Moroccan migrants who arrived from the Canary Islands “look like soldiers, young and strong people” and they will cause that in a few years “there will be neighborhoods where the Spanish will not be able to even pass “, among other accusations.

The NGO Valencia Acull denounced the events for their “xenophobic and racist” content and emphasized that “eyewitnesses reported that despite their request the police not only did not prevent the development of the concentration but also sanctioned at least one of the people who they were protesting the act of “disobedience to authority.”