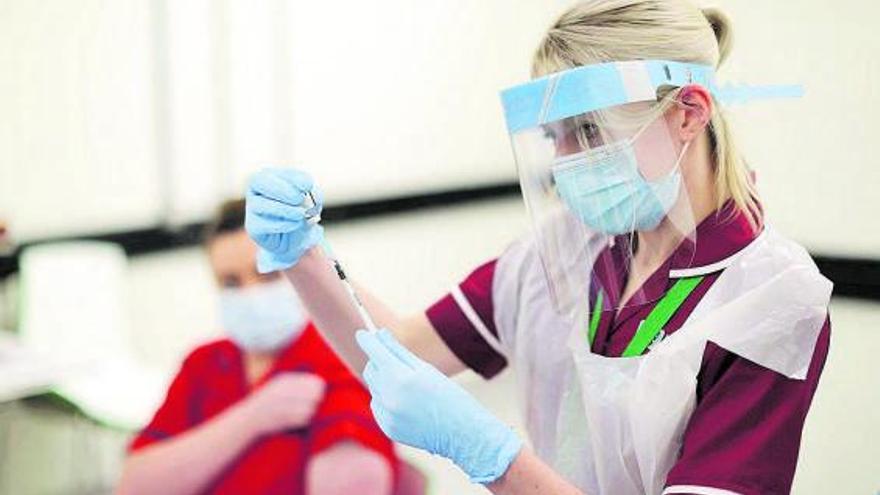 The appearance of cases of thrombi and the delay in the supply – breach of contract – of AstraZeneca plus the better rates of effectiveness of Moderna and Pfizer have caused the English vaccine and Janssen to be displaced.

On the chessboard, the two North American companies Pfizer and Moderna have been going strong. These days, the Financial Times reported that Pfizer supply contracts for the EU for 2022 and 2023 were being signed at 19.50 euros compared to the initial 12 euros and 15.50 for current batches, which represents a 62.5% increase so far this year.

In March, Pfizer executives (CFO Frank D’Amelio and Chuck Triano, senior vice president of investor relations) pointed out at the Barclays Global Healthcare virtual conference – collected by Business Insider – the existence of a “significant” opportunity to raise the price of the vaccine to deal with the new variants of SARS-CoV-2 through a possible third dose and probably the establishment of booster doses every year.

Already in April, the Bulgarian Prime Minister, Boyko Borissov, had revealed the increase in the price of Pfizer’s preparation in the contracts for the next two years with the European Commission. Finally, it has happened and, in addition, in recent months the ‘pressure’ of Pfizer has intensified to obtain from the member states the approval of a third booster dose for those people who have the complete regimen.

While the latter is decided – remember that the EU for now has decided to wait for more scientific evidence to make a decision on the third dose – what remains a reality is another prediction suggested by BioNTech laboratories (Pfizer collaborators) at the end of last year: that the vaccine had a different price depending on each country.

On its website, Unicef ​​offers a table with the different prices of vaccines in the world. Curiously, AstraZeneca’s (with the names Covishield and Vaxzevria) is still the cheapest vaccine, being bought at 2.46 euros in the African Union, at 3.28 in Argentina; 3.3 euros in Bangladesh, India or Latin America reaching 4.1 in the United States or 4.3 in Sri Lanka. These prices were doubled in certain countries if the preparation was destined for the private market such as Bangladesh, where it touched 11 euros per unit.

The rest of the brands have not followed AstraZeneca’s policy. For example, Moderna acquired a cost of 17.6 euros for Argentina; falling to 14.7 for the European Union and falling to 12.3 for the United States, headquarters of the pharmaceutical company.

Another anti-COVID vaccine that fluctuates with borders is the Russian preparation Sputnik V that arrived in Argentina after signing a sale agreement for 8 euros (rounding off), exceeding 15.5 euros in Ghana; around 16 euros for Hungary and Lebanon; and exceed 22 euros in the private market of Pakistan.

For its part, the Pfizer / BioNTech (Comirnaty) vaccine appears at a price of 5.5 euros (6.75 dollars, with the change taken by Unicef ​​at 0.82) for the African Union and 5.74 for Tunisia; while for the European Union it was sold at 15.50 and the United States at 15.99 euros. These fluctuations show that each laboratory follows a different policy and that they are not always guided by better prices for states with fewer resources.

In the case of Pfizer, it is commendable that the unit price is lower for countries with fewer resources. However, it must also be taken into account that the number of vaccines provided to the African Union has not been as millionaire as for the EU.

Precisely, from the World Health Organization (WHO) they have reiterated to the pharmaceutical companies “the urgency” to provide access to COVID-19 vaccines, tests and treatments for people in the developing world. The world organization points to an “alarming shortage” of doses for low- and lower-middle-income countries for the remainder of this year. For this reason, they propose that countries with advanced COVID vaccination programs release as soon as possible doses of vaccines, tests and medicines to COVAX, AVAT or disadvantaged countries so that they could use them among the population of these states.

The greater or lesser fluidity of the vaccine stock (which can also result in the price), also depends on the raw materials and from the WHO they requested again at the end of last week to the governments to reduce the barriers to export of the raw materials involved in its production.