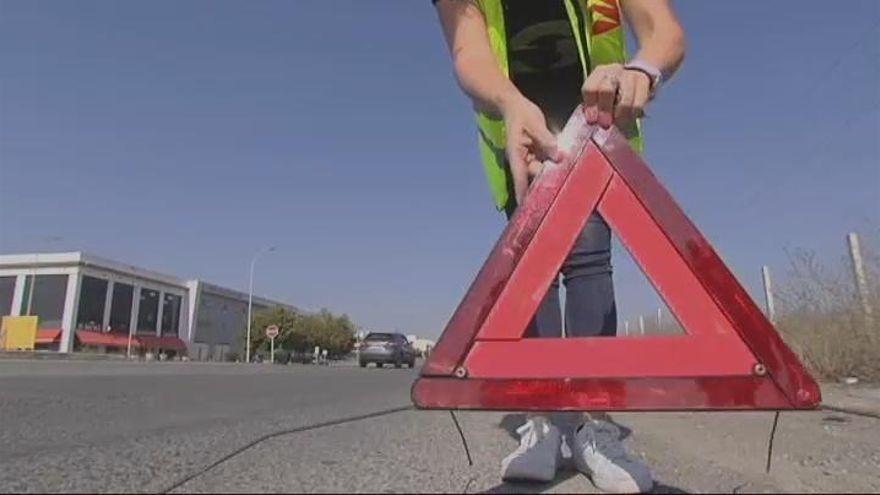 The new one V-16 sign, yellow in color that will replace the hazard warning triangles, will be mandatory in 2026 and until that date it will be able to ‘coexist’ with the current system, as established by the royal decree approved this Tuesday by the Minister council.

At the proposal of the Minister of the Interior, Fernando Grande-Marlaska, the government has given the green light to a royal decree that, in addition, regulates aid services on public roads with the ultimate objective of guaranteeing the safety of the sector, in which some 11,000 vehicles that carry out numerous aid and rescue operations every day that involve a high degree of danger. Its drafting, in which the ministries of Transport, Mobility and Urban Agenda have collaborated; of Industry, Commerce and Tourism, and of Defense, will imply modifications in the General Regulation of Vehicles and in the one of Circulation.

The Government has taken up the demands of the sector, which since 2017 has suffered the death of 18 operators on the road. With this objective, the royal decree sets out the measures that these assistance services must comply with on public roads, throughout the national territory, for the rescue of a vehicle that, due to breakdown or accident, cannot continue to circulate.

From its scope of application are excluding the maintenance and operation services of the highway owners when they must carry out these operations, as well as the State Security Forces and Bodies, the Armed Forces or the emergency services that carry out these services with their own vehicles.

As a general rule, the roadside assistance operation (repair or removal) must be carried out in the safest way possible for all road users, never on the side adjacent to the traffic flow. Operators must communicate by telematic means to the competent authority in matters of Traffic the geopositioning of the stopped vehicle for its publication in the National Access Point in matters of Traffic and Mobility. When they do so, aid vehicles will have right of way and may park on public roads to carry out the corresponding operation. The operators in charge of the operation will have to have the necessary knowledge to carry it out and must use the personal protection equipment provided for in the applicable sector regulations.

The royal decree replaces the current danger signaling device consisting of two triangles placed in front and behind of the immobilized vehicle, by a yellow luminous device that will be placed in the highest possible part of the immobilized vehicle, which will be mandatory from January 1, 2026. This new signal guarantees maximum visibility and will communicate its activation, deactivation and geopositioning to the National Access Point in terms of Traffic and Mobility, which will provide greater security. The placement of the triangles entails having to exit the vehicle for placement. Between 2018 and 2020, a total of 42 people died on interurban roads after getting out of the vehicle.

In addition, the royal decree creates the signal V-27, a ‘virtual triangle’ to be activated in the vehicle’s “on-board” system to warn of the presence of an approaching danger. Its incorporation to the vehicle will be voluntary and only in those vehicles connected by telematic means with the National Access Point in terms of Traffic and Mobility.