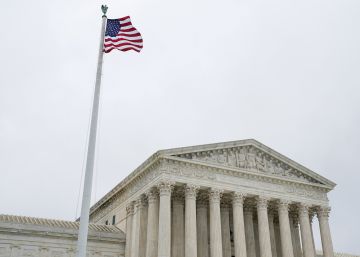 The Supreme Court of the United States announced Friday that it will examine one of the laws against abortion in Louisiana, specifically the one that was passed in 2014 that obliges doctors who practice interrupting pregnant women to do so in clinics located less than 48 kilometers away. of a general hospital, in which, in addition, the doctor must have express authorization and license to be able to use the operating rooms. The measure is especially serious in a state with an area of ​​134,000 square kilometers – Spain occupies about 505,000 – .Luisiana justified the measure by mentioning the risks in case of complications and the consequent need to transfer patients to neighboring hospitals.

This is a highly sensitive case that will test the nine members of the Court. It is the first case related to abortion that they examine since the incorporation of the two new judges appointed by Donald Trump: Neil Gorsuch and Brett Kavanaugh. It will not be until next June when the Court makes its decision public, on the eve of the start of the 2020 election campaign. The detractors of the norm consider that it would leave the State with only a doctor in a clinic authorized to make voluntary interruptions of pregnancy. Louisiana would be the seventh state in the country to have only one abortion provider.

Another major criticism of groups in defense of the right to abortion, such as Hope Medical Group for Women, focuses on the requirements that, according to the norm, clinics must meet in terms of infrastructure. Equipment similar to those of the hospital centers is required, so a minimum width is established, for example, for the corridors, and certain “very expensive” surgical material. That association ensures that if that law is put in place, two of the only three clinics that perform abortions in Louisiana They will be forced to close.

The case of Louisiana that has admitted to study the Supreme is almost identical to one of Texas that reviewed three years ago, in 2016. Then, the highest judicial authority of the United States decided to repeal the law considering that the aforementioned requirements ballasted the right to the abortion of women. Louisiana has admitted that its law is very similar to that of Texas. The difference now lies in the composition of the Supreme, which has changed substantially.

In 2016, it was Judge Anthony Kennedy who gave the fifth and final vote to tip the balance on the side of defenders of the right to abortion. But Kennedy is already out of court and was replaced by the controversial judge Kavanaugh, which has already indicated its willingness to discard the decision of then.

In the case of Texas law, Judge Stephen Breyer argued in 2016, in line with the majority of the Supreme Court, that there was no evidence that the requirements demanded by the rule “would have helped a woman to have a better treatment " What there was plenty of evidence, Breyer argued, is that those Legal requirements they had dropped the number of clinics in Texas from 40 to 20.

Last year, the Federal Court of Appeals for the Fifth District ruled that Louisiana law was valid because it would have a different impact than Texas. According to the judge who wrote the ruling, "in Louisiana, unlike Texas, the law does not impose a substantial impediment on a large number of women."

For Planned Parenthood, an organization that provides reproductive health services, access to abortion in the United States "hangs in the balance." "This case [that of Louisiana] could break that thread," Alexis McGill, acting president and director of the Planned Parenthood Federation of America, said in a statement. McGill denounced that they have been warning for a while that "the Trump administration and state anti-abortion politicians will not stop until our rights and freedoms have been taken away."

Since his arrival at the White House, Trump has embarked on a crusade to reduce women's options to interrupt their pregnancies. Only four days after taking office, the president recovered a law that prohibited NGOs and health providers abroad from using US government funds for abortion advice.

In May last year, Trump overturned a law that forced employers to include contraceptive methods in the health plan offered to their workers and announced a reform to Title X, a federally funded family planning program, open to low-income patients income.

The White House offensive against the right to abortion is complemented by laws dictated by several states of conservative tradition. Iowa passed the most restrictive US law last year: no woman can abort as soon as the heartbeat is detected in the fetus. The Kansas and Oklahoma Capitols have also pushed for restrictive laws, as have Alabama, Arkansas, Kentucky, Mississippi, Texas and West Virginia.

Up to 16 states in the country have passed or are working on anti-abortion laws to create the climate of harassment and demolition necessary to make the US Supreme Court consider reversing the historic ruling known as Roe versus Wade. This ruling established in 1973 that abortion was a constitutional right protected by amendment 14 of the Magna Carta.

When Trump was campaigning, he sent a letter to the anti-abortion organizations in which he promised to choose only “pro-life” judges for the Supreme Court. In the two years he has been in office he has already been able to choose two of the nine magistrates that make up the High Court. With the appointment in October of Brett Kavanaugh the balance was unbalanced towards the conservative wing.

The assault on the right to abortion has been in the United States for two decades, but the coming to power of Trump and the appointment of – at least so far – two conservative judges have given wings to the most reactionary sectors of the Midwest and South States to begin a legal battle against the voluntary termination of pregnancy that ends up reaching the Supreme.