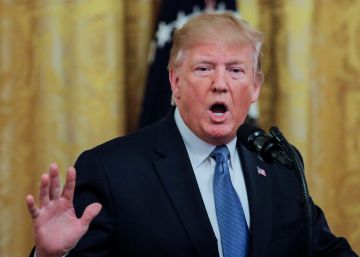 The French crusade against the tax tactics of the big technology companies runs into a problem on the other side of the Atlantic: the United States Foreign Trade Office has announced the start of an investigation into what is known as Google rate Y Washington could apply tariffs to French imports if it determines that the lien penalizes its companies unfairly. The tax receives the acronym GAFA -in reference to Google, Manzana, Facebook Y Amazon– and Paris decided to anticipate waiting for other countries to join their initiative. The action of the Administration of Donald Trump is announced on the eve of a vote on Thursday in the French Senate and uses the same legal basis -section 301- with which attacked China for the theft of intellectual property.

The French tax, of 3%, will be applied to companies that bill more than 750 million euros a year and generate a turnover of at least 25 million in the European country. Based on that criterion, it would also affect Uber Y Airbnb, among other technology companies. The Gallic Executive expects to collect about 650 million through this route and considers that taking this step is "social justice".

Robert Lighthizer, representative of Foreign Trade, already announced last month, during an intervention in the US Congress, that they were examining the legislation. Now move on to action. The investigation will last approximately one year. If it is determined that the tax has a negative impact for US companies, the mechanism to compensate will be activated.

"The structure of the new tax as well as the statements made by government representatives suggest that France is unfairly directing the tax to certain US-based technology companies," Lighthizer justifies, "we are concerned". "The president has ordered that we investigate the effects and determine if it is discriminatory or unreasonable and tax or restrict trade," he concludes.

The one known as Trade Act It gives authority to the White House to impose tariffs against a country if it is determined that it applies measures that may be disproportionate to the business of its multinational companies. Spain is another of the countries that Europeans are considering adopting a measure similar to that of the Government of Emmanuel Macron, in the face of the difficulties to reach a consensus within the European Union.