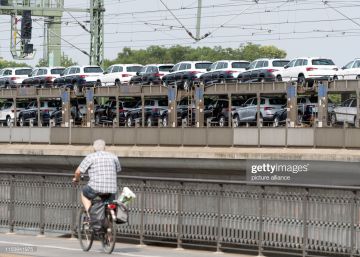 The mandarins of the world economy have paraded these days by the IMF headquarters in Washington. For its corridors it is easy to run into, for example, Pierre Moscovici, European Commissioner for Economic Affairs, who in addition to a cold drags a quite depressing growth forecast. At its annual meeting, the agency has announced that this year the world will grow at its slower pace since the financial crisis; but the data for the eurozone is especially bad, with a GDP increase of only 1.2%. The question is required. Is Europe doomed to this unflattering panorama? “The slowdown in trade tensions impacts us by having what is probably the most open economy in the world. But let's not be too pessimistic. Europe is still strong, ”Moscovici replies to EL PAÍS between meetings.

The evils of the continent come from before. After seven years of bonanza, the economy had begun to drag feet, weighed down by problems such as low productivity or rapid aging of the population. The risk of a japanization, that is, a perspective in which it is difficult to escape from vicious circle of low growth, low inflation and low interest rates. The picture was already difficult. But the US-China trade war — and the threat that now extend from Washington to Brussels– has finished complicating things.

“The commercial war drums hurt Europe more than China and the United States. For now, the drop in exports as the uncertainty associated with protectionist discourses ”, begins Carlos Mulas-Granados, senior economist at the IMF, who provides data to explain the high European dependence on foreign countries: 70% of its exports participate in global value chains. “The uncertainty has paralyzed the decision making in the commercial field and slowed down the investments”, adds Mulas-Granados, director of the report Commercial Tensions, Value Chains and Growth in Europe.

The situation is not dramatic. Germany, the engine of the continent, may fall into recession, yes, but it also boasts something very similar to full employment. And his demand continues strong. But preoupation grows. Only six months ago, in his spring meeting, the Fund drew several scenarios, and it was possible that countries such as Germany, France, the United Kingdom or Italy benefited from the fight between Donald Trump and Xi Jinping thanks to a deviation effect of trade routes generated by the tariffs of the two giants. But none of this has happened.

Today, Europe receives in its stomach the mutual punches of the American and Chinese presidents. The report of perspectives presented this week by the IMF attributes the European slowdown, above all, to the lower foreign demand and the fall in industrial production, very sensitive to the fluctuations that come from outside.

The protectionist battle, moreover, now points to Brussels. On Friday, new US tariffs entered into force European products worth 6.9 billion euros. Commissioner Moscovici on Thursday offered Trump a outstretched hand – “In trade wars, all sides lose. I hope the United States remembers that we are allies and friends, ”he said in Washington— while suggesting that in case of being attacked, Europe would answer:“ On one side is Airbus, but on the other is Boeing, ”he said. He meant that if the Americans have received a green light from the WTO to impose tariffs as punishment for illegal aid from Europe to their aeronautical company; Soon Europeans could also receive permission to punish the US with more than 10,000 million for their subsidies to Boeing. French minister Bruno Le Maire told several journalists that China would be the only winner of a battle between Washington and Brussels.

Threat on the automobile sector

But the biggest threat is not these tariffs or the already approved on aluminum and steel. The great damage could come in a month if Trump dares to take the step and threaten European vehicles and automotive components, true jewel of the crown of the continent. A jewel that also goes through low hours. Global car production contracted in 2018 and 2019 for the first time since the financial crisis. "In Europe, the new emissions test has caused a disruption in the production and sale of vehicles," says the IMF.

Ángel Talavera, head of Europe at Oxford Economics, sees in Germany a "relatively benign" recession, linked only to the industrial sector. But admit that there are alarm signals. “Services are weakening. The worst sign would be contagion to the labor market. We still think that a generalized recession is not coming, but we are getting closer to that scenario, ”he adds.

Data dripping does not pay for optimism. This week it was learned that the inflation of the eurozone in September, at 0.8%, was below what was expected in what is its minimum in almost three years. Prices thus depart somewhat more from the ECB's objective, which is another sign of the economic slowdown.

The economist Mulas-Granados insists that this renewed global weakness reaches one of the advanced economies most affected by the crisis of 2008. “While the US has spent years in an extended expansive cycle, Europe takes this slowdown without recovering everything the ground lost during the great recession, ”he concludes.