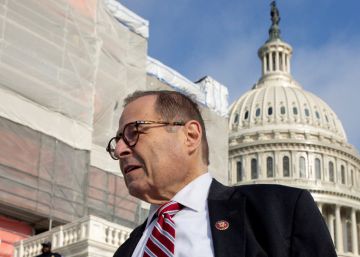 The power of the big techs is becoming a issue of growing political interest in the United States. The legislators of the House of Representatives ask Google, Facebook, Amazon and Apple for messages and any internal information that their executives may have exchanged, looking for evidence that could demonstrate behavior contrary to competition.

The extension of the exam to the four major technology companies is announced days after the state attorney generals They will form two parallel coalitions to investigate Google and Facebook. The Department of Justice, in coordination with the agency that oversees business activities (FTC), has also just started its own exam in July.

The legal committee of the House of Representatives is chaired by New York Democrat Jerrold Nadler. The letter sent to the four giants of Silicon Valley is also signed by the main Republican congressman in this body, Doug Collins. David Cicilline, president of the competition subcommittee, and Republican F. James Sensenbrenner also support the initiative.

The letters are addressed to Larry Page, Mark Zuckerberg, Jeff Bezos and Tim Cook, CEO of Alphabet, Facebook, Amazon and Apple, respectively. The writing of the letters is identical. Remember that the committee initiated its own bipartite investigation into competition in digital markets last June. Since then two auditions were held.

A third view was planned this past Thursday, focused on data management, but it was postponed. The committee tries to "examine" the competition problems that are emerging in the Internet economy, to what extent the dominant firms act in an anticompetitive manner and if the current regulation, as well as its application, are adequate to monitor these giants.

In the case of Google, information is required on 24 products and services of its platform, such as YouTube and the Waze browser. With Facebook they focus on the purchases of Instagram, WhatsApp and Onavo, while Amazon is interested in its pricing and commission policy that applies to third-party sellers. As for Apple, the focus is its app store.

“As part of this work,” says the letter, the four companies are requested to “provide” documents on their internal operations, communications between their executives, financial reports, as well as data on competitors and market, on acquisitions, investigations. of past competition and other key decisions. They are given a month to deliver it.

It also indicates to its executives that they must testify if requested. Together with the CEOs, the application also covers past company leaders, such as Eric Schmidt in the case of Google. Jerrold Nadler justifies the requirement "for the growing evidence that a handful of companies captured a huge part of commerce and communications."

Doug Collins adds that this information "will be key in helping to understand the extent to which anti-competitive behavior occurred." The four companies have previously indicated that they were willing to cooperate with the ongoing investigations. At the same time they explain that the size they reached is a consequence of the success of their businesses and they point out that the competition is large.