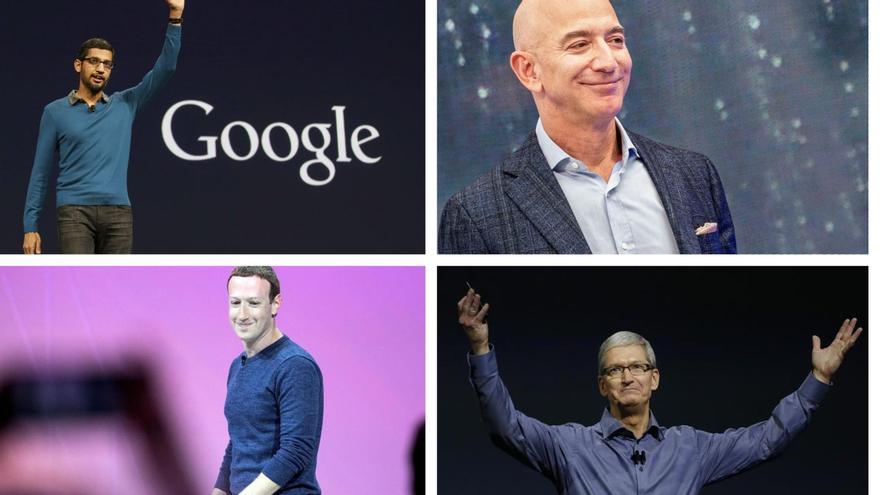 “These companies have too much power”, “they hurt competition and undermine innovation”, “they have carried out aggressive acquisitions”, “they impose barriers to entry of other companies in their sectors” or “they have become the kind of monopolies that We looked at the age of the oil barons and the railroad tycoons. ” These are some of the conclusions of the members of the judicial antitrust subcommittee of the US House of Representatives after an extensive investigation into “the abuse of dominant position in the market” by Google, Apple, Facebook and Amazon. In the resulting report, they recommend taking measures and tightening the legislation to control their “monopoly power”: “Our democracy is at stake.”

The examination of these four digital multinationals –also known by its acronym GAFA– is one of the largest antitrust investigations conducted by the United States Congress since the 1990s. The report published this Tuesday It is 450 pages long and includes references from more than 300 interviews with members of different industries and academics and 1.3 million documents. It includes evidence of how US antitrust supervisors failed at “key moments” and failed to avoid actions by these companies that consolidated their power, such as when Google relied on data from its search engine to shape users’ tastes and needs about browsers, before launching your own (Chrome).

The measures recommended in the report include “structural separations” to prevent these platforms from operating in lines of business that depend directly on their own services; prohibit them from setting their tools as the preferred ones by default (such as when Google selects their search engine as the default one on Android phones); prevent the platforms of each multinational from acting as closed gardens and force “their compatibility” with the networks of their competition; improve antitrust laws to ensure greater transparency in the sector and design tools that prevent the power of GAFA from letting in new competitors.

“Our research leaves no doubt that there is a clear and pressing need for Congress and antitrust agencies to take action to restore competition, enhance innovation, and protect our democracy. This report outlines a roadmap to achieve that goal.” emphasizes the chairman of the subcommittee, Democrat David Cicilline.

A decade of monopolies

The commission’s report cites that each of these four multinationals has carried out actions aimed at controlling the market, as well as those already mentioned by Google.

On Facebook, for example, the report firmly affirms that “it has a monopoly in the leadership of social networks” that it has managed to isolate from “the threat of new competitors. “Facebook has maintained and expanded its dominance through a series of company acquisitions that it viewed as competitive threats, and selectively excluded some competitors from using its platform to protect itself from competitive pressure.”

Regarding Amazon, it highlights that its “dominant position” in Internet sales has turned the multinational into “a controller” of the entire sector, selecting based on their interests which sellers succeed on its platform and which ones see their sales reduced. The subcommittee emphasizes that it is very difficult to analyze to what extent the international market dominates due to its opacity, although it points out that it controls between 60 and 70% of all online product sales in the US.

In addition, it documents that Amazon is “gaining ground” also in commerce-to-commerce sales, a line of business that will help consolidate its power. Asked about the 10 companies that it considers its main competitors, Amazon sent a list of 1,700 companies, including some of its own and the vast majority that were dedicated to the online sale of a single product category.

Finally, regarding Apple, the members of the House of Representatives point out that the market share it has achieved in the mobile sector, together with its closed system (which means that any company has to have its approval and accept its rules for installing their apps on iPhones) “gives you the ability to act as a controller over mobile software distribution.” “Consequently, it has a dominant position in the mobile app store market and has monopoly power over the distribution of software applications on iOS devices,” the report states.