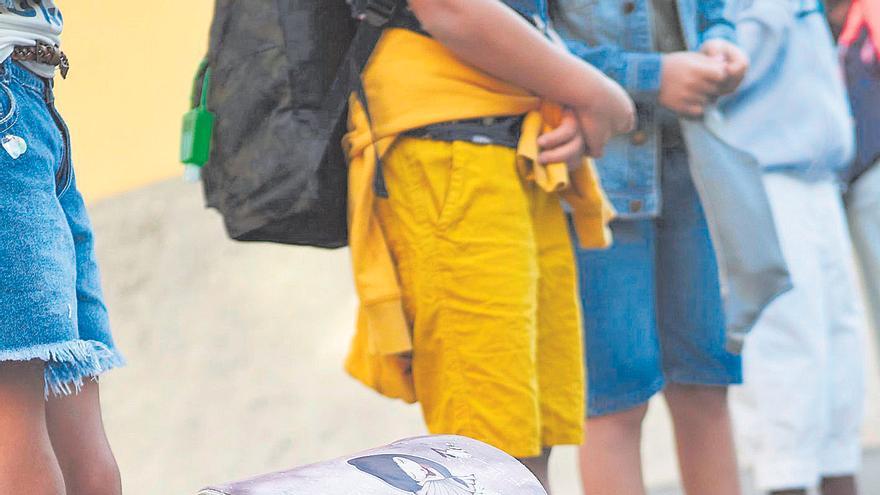 Marta Padrós, a psychologist and university associate professor, says that it will take some time to know what effects the pandemic has had on children and adolescents. Because if the elderly have suffered, they, although they do not always express it, also. Throughout this process, he continues, the school has played a fundamental role by providing them with “a certain stability” in the face of a changing reality that one week had you at home and the next allowed you to go to the beach.

And everything continues, thanks to the effort, many times without sufficient resources, of the teachers, who have taken “vocation and dedication to their students” to try to cushion the emotional onslaught of the Covid. The course begins, with a lot of stress and a lot of accumulated changes.

Schools, says this expert, have tried to prioritize the mental health of students, creating an environment of routine and stability. “One of the things that have been found is that as time went by, worries and discomforts related to uncertainty appeared.” Adults, Padrós continues, “generally mismanage not knowing, and that is something that has also affected children and young people.” Hence his praise for the role that teaching has played this year: “The school was able to continue when everything was constantly changing.” That allowed to maintain the feeling of control, essential for the proper development of the creatures.

All of this has been achieved “in many cases, at a very significant emotional cost, because teachers had to endure their own personal and family experience and that of all their students.” It is enough to speak with teachers in complex centers to see that the classrooms concentrated an enormous number of dramatic life stories, whether due to the employment situation of the parents, the tightness of the houses or the loss of loved ones. For all these reasons, Padrós demands that the educational authorities shield the professionals more and better.

The psychologist Ferran Barri shares the praise for the teaching staff and also demands more resources from the administration. “A great effort has already been made with the thousands of teachers who were added last year, but many more are needed to lower ratios and better serve the diversity of students.” Although the pressure is lower, especially due to the vaccination process, Barri believes that the evolution of schools will continue to be closely monitored, which can generate “unnecessary stress” on teachers, since the previous year , which closed with few confined groups, in relation to the total, “showed that the transmissibility between students is very low.”

This year and a half of so much social and health lurch, and despite the fact that the school has helped maintain a certain vital stability, it has led to psychological problems that do not always manifest themselves or are not linked to the pandemic. Padrós warns of «somatizations (physical symptoms of emotional discomfort) that have appeared after a while, such as poor sleep, nervousness, fears that did not exist before, frustration, contained anger …, to which must be added the difficulty of children and young people to express it with words ».

“They have realized – continues the psychologist – that life is much less stable than they imagined, and that there are many things that are beyond their control.” For a few years, this expert details, “we will not see the real impact that the pandemic will have had on its development.” For now, both Padrós and Barri confirm that their union has had and is having much more work than before.

The psychologist cites the Christmas holidays as an example of discomfort. The pandemic was lurching and it was not at all clear under what conditions classes would resume after the holidays. The letter signed by a score of scientists who claimed to delay the opening of cabbages to prevent contagion from increasing comes to mind. The administration ignored them, but many boys, in December, went home with all the material, preparing the ground in case it was necessary to return to the telematics classes. “Many children had anxiety, but not a clinical anxiety, but a burden that they could not describe and that had to do with the uncertainty of whether or not they would be able to return to the classroom,” laments Padrós.

It did not contribute, complains this expert, “the message that everything would be fine.” All those kids drawing the rainbow, imagining a papier-mâché pandemic that actually walked like an elephant into a pottery store. Unemployed parents, families who made their living outside the system and could not apply for aid, teachers afraid of getting infected … all this reached the children. And no, not everything was going to be fine. It could appeal to their ability to adapt to everything, something that is often said when they are put in a situation of emotional stress. Padrós puts a ‘but’ to the thing: «They adapt, it is true, but at what cost? There will be consequences … ».