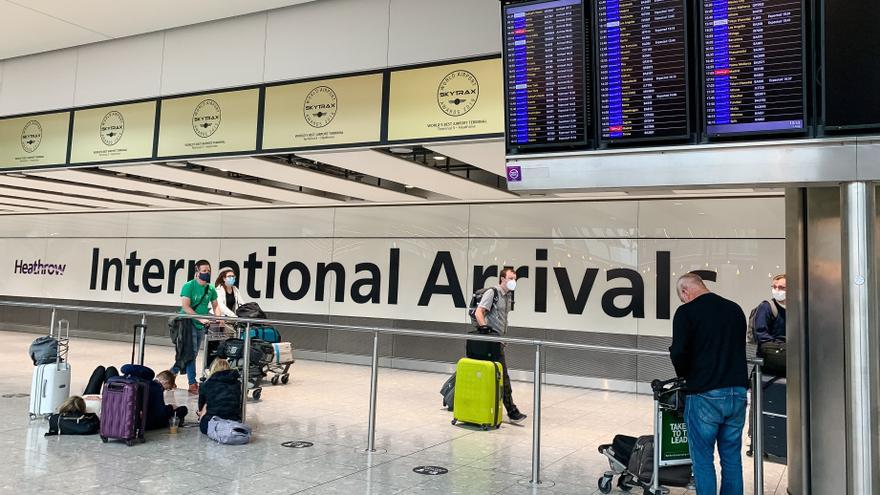 London, Aug 4 (EFE) .- The United Kingdom will not place Spain on its red list of countries with a high risk of covid-19, due to the fall in cases and concern about the lack of enough hotel rooms to keep in quarantine British tourists who test positive, according to “The Times” newspaper revealed on Wednesday.

The British Government plans to update its list on international travel on Thursday, in which it lists countries as green, amber or red, due to the risk of covid.

Spain is in amber -intermediate risk-, but in recent weeks there has been speculation in the United Kingdom with the possibility that it will turn red due to the strong increase in infections and the possible spread of the Beta variant, identified for the first time in South Africa and apparently more resistant to vaccines.

However, the Beta variant currently accounts for only 0.5% of covid cases in Spain, says the British newspaper.

Citizens entering British territory from a country listed in red are required to do a 10-day quarantine in a hotel assigned by the Government, in addition to paying for accommodation and food.

According to what “The Times” learned, the Government will announce tomorrow that Spain will remain in amber, which will allow those who have the complete vaccination schedule to avoid quarantine when returning to England, but those who are not immunized must do so.

In addition, all passengers – vaccinated and those who do not – must undergo a covid test on the second day of entering the United Kingdom, while those not immunized are required to take an additional test on the eighth day.

Officials apparently wanted to place Spain in a new category – amber watch list – that would warn travelers that the country could turn red at any time, but British Prime Minister Boris Johnson decided to abandon that plan. because it would be a serious disorder in the middle of the summer holidays.

Thousands of UK tourists are currently on holiday in Spain, the most popular destination for the British.

In the case of France, located in amber plus – which requires quarantine for those vaccinated or not vaccinated upon returning to the United Kingdom – the authorities hope to eliminate this category tomorrow.

France had been placed in amber plus three weeks ago due to concerns about the spread of the Beta variant.

Several countries are expected to go green tomorrow, allowing all travelers to avoid quarantine upon returning to the UK. This green list is expected to include Austria, the Czech Republic, Slovakia, Slovenia, Romania and Poland.