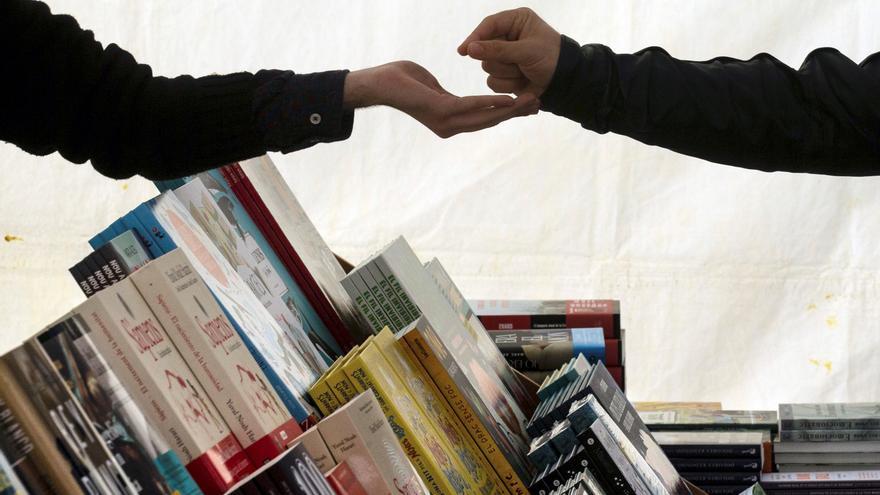 Promoted by Comanegra, the fair was created with the aim of "putting the background book ahead and forgetting for one day the dictatorship of the novelty", in the words of the editor Joan Sala, who this Wednesday presented the initiative together with the director editorial executive, Alba Cayón, and editorial director, Jordi Puig.

The idea began to take shape two years ago when the Comanegra team returned from the Liberisliber fair in Besalú (Girona) and on the drive to Barcelona they thought that it was necessary for different publishers to be able to "energize" their background books, titles that considered quality, but did not have a large readership at the time.

Due to the pandemic, it could not be celebrated last year, but on the 12th, onomastics of Saint Onofre, patron saint of the anchorites, at the Lehmann Factory, where Comanegra has its headquarters, the fair will be organized, between 11 in the morning and 8.30 pm, with eleven book presentations -which will not be revealed until that day- and which will not be used.

The editors will defend these titles in an "original way", with an activity that will last about thirty minutes and that may be in the form of a concert, as well as through theatrical pieces, games or performances.

The only condition that has been put on the publishing houses that will participate is that the books be at least two years old.

Despite not wanting to reveal much more, the editors present at today's event have slipped that the oldest of the volumes is from about ten years ago and the most innovative have two, of different genres and languages, since there will be them in Catalan, mainly, and in Spanish.

This is only the beginning of the project, since, later, and thanks to the Les Punxes distributor, special packages will be offered to some eighty bookstores throughout Catalonia so that they can retrieve these background books and sell them in their establishments.

For Sala, it is the "starting shot" for these "unique" books to be the protagonists for a few months in bookstores, on special tables prepared for the occasion.

In addition, the intention is for the fair to grow in the future, to expand the number of participants and even occupy a larger space than the courtyard of the Lehmann Factory, although "always maintaining the philosophy of the single book."

The creators of the idea have recognized that, although they began to talk about the issue two years ago, the pandemic reaffirmed them since 75% of Comanegra's internet sales were from background books and not news.

Likewise, they have not forgotten that in Tokyo (Japan) there is a bookstore, the Morioka Shoten, in which a unique title is sold every week, which also encouraged them to finish shaping the Single Book Fair. EFE