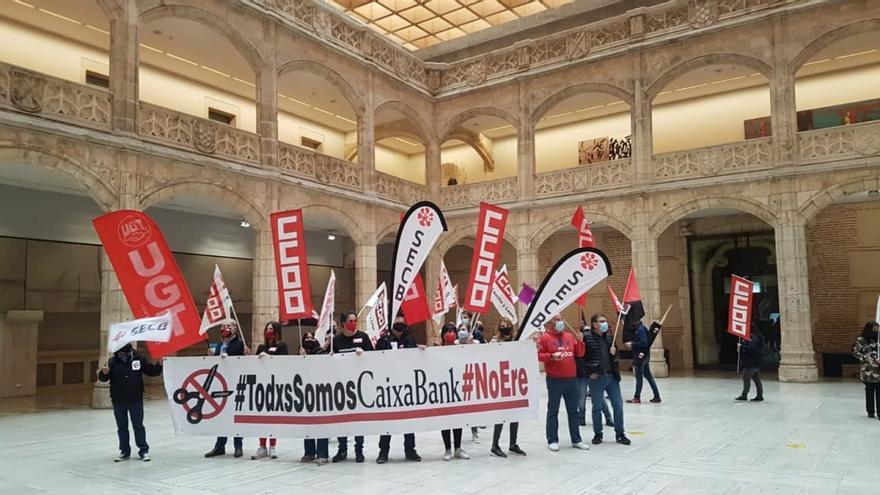 The strike by CaixaBank staff called for this Tuesday in protest against the ERE proposed by the bank has caused the closure of 70% of the bank’s branches and a follow-up of about 90%, according to union sources. This is the first day of strike that is called in the Catalan group, participated by the State after the absorption of Bankia, and that has opened the largest job cut in the history of banking in Spain, with an initial proposal that exceeded the 8,200 layoffs.

Unions and the company have conflicting positions regarding the ERE, its conditions and its magnitude. This confrontation has already caused the initial period of one month to be extended for another three weeks. However, the deadline that the parties were granted again, at the end of June, is approaching without a glimpse of the understanding that was reached between the majority unions and BBVA in its recent ERE, which ended up affecting 2,900 people. .

The president of the entity, José Ignacio Goirigolzarri, planned to attend this Tuesday afternoon to the UIMP summer courses, which are held in Santander, and where he was going to meet the economic press that follows these days. Finally, in the context of the protests within the entity, the manager has canceled his attendance.

At the same time that the strike is taking place throughout Spain against the collective dismissal, the bank and the unions have met in a new meeting to try to unravel the situation. It should be remembered that, after the 2012 labor reform, if an agreement is not reached at the table with the workers’ representatives, the company could unilaterally undertake the measures it considers, if they are adapted to the law. The current limit that the parties were granted is next June 29.

During the last weeks, the bank has been modifying its proposals to the unions, which include a reduction in the number of dismissals with their relocation to other group companies. However, the unions do not recognize these advances considering that they would also continue to be dismissals and criticize that the current conditions lead to forced exits, compared to the voluntariness that has prevailed in the banking EREs in recent years.