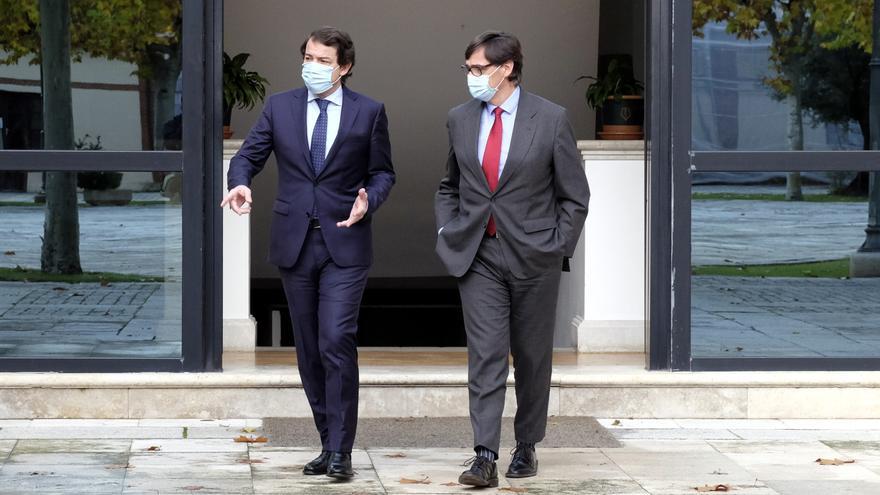 There was no dialogue, much less negotiation, as promised by the president of Castilla y León, Alfonso Fernández Mañueco. Health professionals will see their rights diminished and it has been through a ‘decree’ that has materialized this Saturday with the publication in the Official Gazette of the Community (Bocyl). The unions left the sectoral table before the impositions intended by the Ministry of Health and that will finally be carried out. The unions have responded en bloc with a note in which they demand the resignation of Fernández Mañueco, the breach of the Response Plan against COVID-19 and the “ruthless harassment of health workers.”

The decree, which comes into force this Sunday, allows “adapting” permits, vacations and licenses, the working day, shift and rest regime, health professionals in training, medical guards, staff with dispensation for the performance of functions trade unions, the flexibilization of the working day and non-contact work, the part-time benefit of the personnel and retirement, and the employment exchanges of temporary statutory personnel. The decree argues that the measures are adopted after a report from the Ministry of Health last Thursday, November 12, on the needs of health human resources and with the aim of protecting the health of citizens, containing the progression of the disease and avoid the collapse of the health system in Castilla y León. The measures are applicable “to all statutory, civil servant and labor personnel, whatever their relationship” and will be “mandatory”.

From extraordinary services to transfers to other provinces

The decree allows the imposition of extraordinary services due to their duration or their nature, and that are essential as well as “all those measures that are necessary to guarantee cohesion and equity throughout the territory, and the distribution in the territory of all technical and personal, according to the needs “. In this way, the Minister of Health, Verónica Casado, may, by means of an order, not only decide on guards, vacations, services or waivers for union functions, but also make contracts of an exceptional nature of facultative and non-facultative personnel, as well as determine the “ functional and territorial mobility ”for the exceptional provision of services, as well as the transfer to any health center or institution in the Community. It will be the responsibility of the manager of each center or institution to agree on the application of specific measures to each of the professionals. However, in cases where it is necessary to transfer to a health area other than that of the corresponding job, it will be agreed by the Sacyl manager.

A decree on Saturday and “at night and treachery”

Satse, CSIF, CESM, UGT, CCOO and SAE affirm that Alfonso Fernández Mañueco “does not deserve to continue being the president of Castilla y León for another minute”. They recall that the president promised to apply the 35 hours, which were in his electoral program “and now he is attacking health workers by launching a decree that cuts all the labor rights of these workers, at the same time that the health sector table is is developing a mock negotiation on a minimal and temporary modification of these conditions “. Thus, they add that he has done so “with an official bulletin on Saturday, in a treacherous way, demonstrating once again what his way of acting is.” The unions affirm that the “mandatory negotiation” has been “totally broken in an unexpected way, after the nocturnal and treacherous publication of an agreement that was never negotiated.”

They also warn that the Junta de Castilla y León is preparing to commit “the greatest abuse ever carried out on the working conditions of any type of public employee” and in this case on the group “that is enduring the threat of a badly managed pandemic” .

“It is not known where the money went”

They have tried to negotiate the modification of these conditions in the last 10 days, but according to the unions, the board has “despised and ignored” both their negotiating position and the proposals they have presented that, on the one hand, had the intention of guaranteeing the benefit health care and quality of care, but also preserve the rights of workers. The union organizations attribute the ‘decree’ to “non-compliance with the Response Plan against the pandemic” and assure that Primary Care has not been strengthened, nor hospital care and that “no trackers have been hired.” “It is not known where the money destined for this purpose has gone, but certainly not for health,” they assert.

They point out that health is once again the scene “of the increasingly less hidden battle between the government partners of the community of Castilla y León” and that it is something that health workers and the population pay. According to the organizations, health “suffers the ruthless harassment of the president himself” and thus “will never be able to give the adequate response to a population also tired of a type of care that ignores any pathology other than that derived from COVID-19.”

“Fernández Mañueco does not deserve to continue being the president of Castilla y León for another minute. He cannot continue to denigrate a government or an autonomous community in this way. Castilla y León does not deserve to have a President who does not fulfill his promises, who lies , and that laughs and conspires against its public employees and against the population, “the statement concluded.