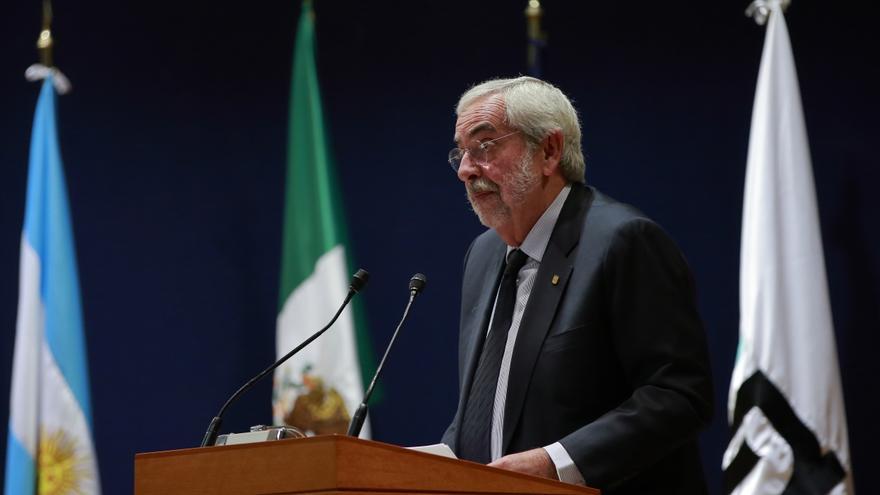 Mexico City, Apr 27 (EFE) .- The National Autonomous University of Mexico (UNAM), the largest in Latin America, presented on Tuesday the event “Mexico 500”, a vast academic and cultural program with more than 250 activities for remember the fall of Tenochtitlan in 1521.

The program will be held throughout the year in a hybrid format, both remote and face-to-face, and will serve to remember the events that led to the fall of Tenochtitlan, reflect and debate around this event that transformed Mexican history.

The objective “is not only to remember historical events, but, as in a game of mirrors, to understand the past of the present and the present as collective memory.”

To this end, the UNAM, through the Coordination of Cultural Diffusion, has summoned a range of plural voices to dialogue about the identities, problems and social relations established since 1521 and that are maintained to date.

“500 years ago, if one wants to mark it as a point of origin, a new course for our nation was defined”, expressed the rector Enrique Graue Wiechers during the conference to present the program.

“The meeting or symbiotic union of these civilizations and cultures defined what we have been and what we are as a country,” he added.

After 500 years, he said, we have the opportunity to look at that past to reflect on it and analyze it from different angles and with different optics.

He added that there are the old inequalities, the injustices that lacerate and that are profound: “the patriarchal and macho society, the discriminations as a result of sexual preferences, race, skin color or social condition, among many others that exist and are a serious slope for five centuries.

The activities were organized around three thematic axes: historical-social, cultural and artistic, and reflection on the present, which will be approached critically and from a plurality, multidisciplinarity, inclusion and a gender perspective.

There will also be academic sessions, round tables for reflection and debate, conferences, seminars, colloquia, workshops, diplomas, calls and competitions.

In addition to cultural activities such as dance, theater, music, television and radio productions, as well as sporting events and recreational proposals, such as the launch of the M500 Video Game, based on the Lienzo de Tlaxcala, and a cycling shoot.

In addition, during the CulturaUNAM Festival, to be held from September 29 to October 24, the production of Danza UNAM La Malinche, by Paula Villaurrutia, will be presented for the first time.