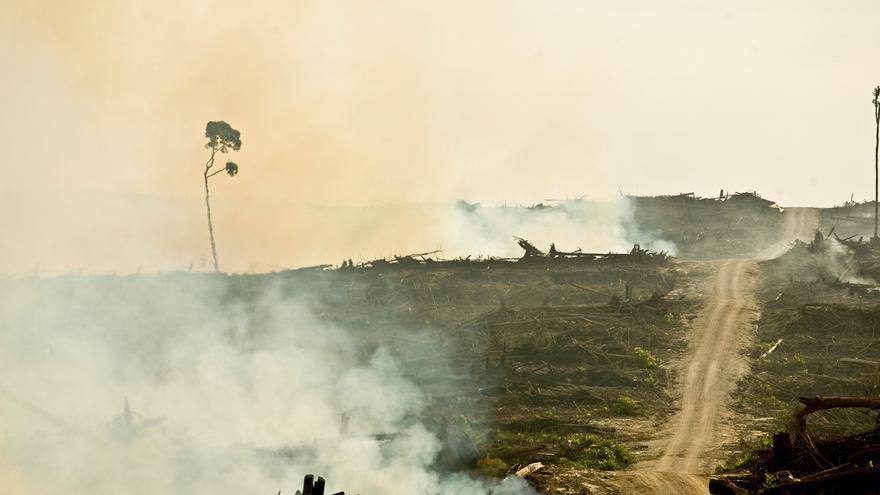 “There is no great mystery: pandemics are completely caused by human activities.” And those activities are the same ones that cause the climate crisis and the mass extinction of species: the “unsustainable exploitation” of the planet, as revealed this Thursday by an analysis by the UN Intergovernmental Panel on biodiversity, IPBES.

Among the aggressions that this environmental exploitation entails, the IPBES points out the change in land use, the expansion of intensive agriculture or the trade with wildlife. But why has “the exponential growth of consumption and trade” led to the emergence of infectious diseases? “Because it disrupts the natural interactions between wildlife and microbes, it increases contact between those wild animals, livestock, humans, and pathogens, which has led to nearly all pandemics,” the report responds.

In fact, the researchers recall that 70% of these new diseases, and practically 100% of those that have spread worldwide (from influenza to AIDS and COVID-19), are caused by viruses whose origin is in animals. and they have jumped to humans from contact between wildlife, livestock, and people.

At the same time, all those activities that have allowed the irruption of pathogens are also responsible for at least 23% of the greenhouse gas emissions that cause global warming, according to the International Panel of Experts on Climate Change (IPCCC ). To complete the picture, they have also brought up to a million species to the brink of extinction. A rate that is several times higher than the average of the last 10 million years, as the IPBES itself warned in May last year.

“Reevaluate the relationship between humans and nature”

That the destruction of ecosystems allows viruses from animals to reach humans and ultimately become global pandemics is a known fact. What this review highlights is that the evidence arising from scientific knowledge calls for “re-evaluating the relationship between humans and nature and reducing global environmental changes caused by unsustainable consumption that lead to climate change, loss of biodiversity and pandemic emergency ”, conclude the experts.

“The same human activities that cause climate change and the loss of biodiversity are also responsible for the risk of pandemics,” emphasizes zoologist and disease ecologist, Peter Daszak, director of the group of experts. “Impacts on the environment are the path to pandemics.”

Because the calculation is that up to 1.7 million viruses remain contained in wildlife. Between 500,000 and 800,000 have the potential to infect humans, the scientists recall. They are, especially, in mammals such as bats, primates or rodents, but also birds and domestic animals.

Climate, biodiversity and pathologies are interconnected

The destruction of habitats and changes in land use, such as the transformation of tropical forests into monoculture plantations such as palm or soybeans, interconnect the effects of climate change, the loss of biodiversity and the emergence of new diseases.

The cycle detailed by the IPBES experts includes deforestation and occupation of ecosystems to open fields for crops and livestock -one of the great emitters of greenhouse gases-, but also for urban developments. This process expels or extinguishes a multitude of wild species and opens a gap for the settlement of humans and their animals: “The path for pandemics”, this group of experts calls it.

In addition, climate change is favoring the transfer of pathogens because it creates favorable environmental conditions for vectors such as, for example, invasive mosquitoes, to thrive and serve to spread diseases such as dengue, malaria or West Nile fever. In Spain, Tiger mosquito, transmitter of serious diseases such as dengue, has doubled its presence in five years. And the climate-pandemic synergy does not stop there. Climate change is causing massive movements of people. Ecosystem transformation has released hitherto contained pathogens. Animal species that are best adapted to new degraded and human-dominated environments can harbor new viruses.

The analysis insists that, until now, pandemics have been managed more reactively or palliatively than preventively: confinements, medical treatments and even a great human and economic effort to find vaccines. However, this study emphasizes that attacking diseases at their source, eliminating the conditions that allow their appearance would be a more effective and cheaper formula. “We still rely on attempts to control diseases after they have appeared, but we can escape the era of pandemics with much more effort focused on prevention,” says Daszak.

The risk of pandemics can be significantly reduced by reducing these activities, the report explains. Among the lines of action, the experts ask “to promote responsible consumption so that the unsustainable consumption of resources is reduced in hot areas where new diseases appear. Also the reduction in the excessive consumption of meat and livestock products ”which are at the end of a chain reaction that begins by destroying ecosystems to make room for intensive production.

Although the report points to the need for changes that it qualifies as “seismic”, it also indicates that the cost to prevent the appearance of pandemics such as COVID-19 will be “one hundred times less than that caused by the same pandemic, for which there are incentives very strong financials to undertake these changes ”.