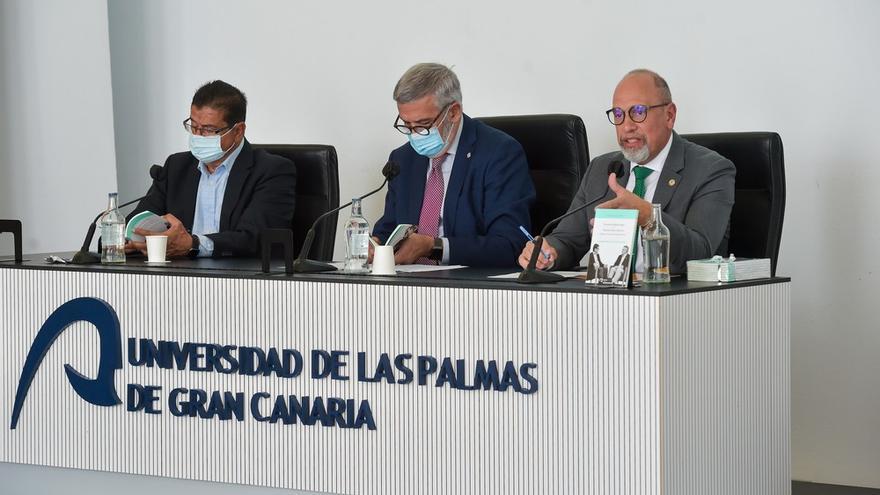 The manager of the University of Las Palmas de Gran Canaria, Roberto Moreno, has presented in the Economic Commission of the Governing Council of the University the budget lines of the Institution for the next year that grows to the 162.4 million euros.

As reported by the ULPGC In a statement, the volumes have been presented with the details of each section, which is the first step for the approval of the Budgets that the Board of Directors will have to carry out in plenary session, after receiving the approval in plenary session. of the Governing Council scheduled for Tuesday, November 30.

The general budget of the academic institution grows in its expenses section 7.9% compared to 2021 the total planned expenditure being above 162.4 million euros.

The increase in the accounts of the University is produced by a greater volume in personnel expenses due to the 2% salary increase for public workers, which represents about 2.2 million euros, as well as an increase in capital investments mainly financed with affected funds and which represent a reinforcement in the initial credits of research projects with respect to 2021.

Moreno has detailed that together with the legal obligations in salary matters, the Budget “shows a reinforcement of real investments, which grow almost 49% with respect to the year 2021.”

Expenditures on current goods and services are contained, with a slight growth of 6%, which combines the freezing of current expenses in Vice-Rectorships with the fulfillment of commitments in progress, as well as in “real investments such as works and replacement equipment for to face the aging and obsolescence of infrastructures “, has detailed the manager of the University.

For all these reasons, the preliminary draft Budgets for 2022 contains “realistic forecasts in income and prudent in expenses”, guaranteeing “the commitments acquired and the normal operating activity”.

Roberto Moreno recalled that although the university budget “appears to grow in relative and absolute terms, an underbudgeting of the needs of both Canarian universities has once again occurred” in the Budget Project of the Autonomous Community of the Canary Islands for 2022, and advocated for the achievement of a Multi-year Financing Program Contract for Universities that includes a strong programming of investments in physical infrastructures.