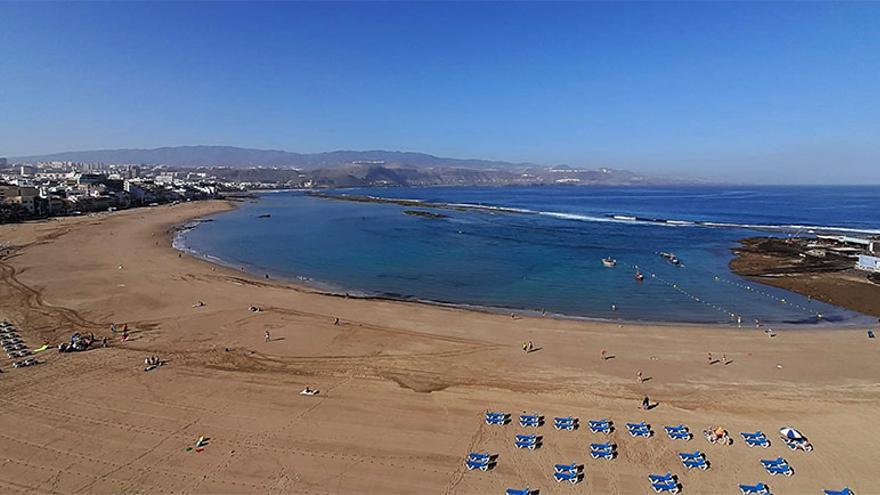 The Soclimpact project of the ULPGC assesses the impacts of climate change for the Canary Islands, along with the other 11 islands, main European tourist destinations. The magnitude of these impacts will depend on how greenhouse gas emissions evolve over the next few decades.

For example, the modeling carried out by the Soclimpact project for the Canary Islands, it projects that if emissions comply with the Paris Agreement (technically, RCP 2.6 scenario), the sea ​​level rise towards the end of the century it would be approximately half (37 vs 76 cm) with respect to the worst of the predicted GHG emission scenarios (technically RCP 8.5). On the other hand, days of extreme heat (technically, a thermal sensation greater than 35 degrees Celsius), would triple in the worst emission scenarios (around 75 days a year).

However, to date some impacts of climate change are following an even worse trajectory than that projected by climate models. This is the case of the rise in sea level and reduction of the beach area. This will pose a formidable challenge for a destination like the Canary Islands that has shaped its image and competitive positioning around an enviable endowment of this wonderful natural asset.

It is evident that these changes in the tourism sector will impact the rest of the archipelago’s economic system, estimating a drop in gross domestic product of between -2.6% and -3.8% in 2050, if a reduction in emissions is committed (RCP2.6 ) and between -5.7% and -6.2% if nothing is done to reduce emissions (RCP8.5).

With regard to the loss of thermal comfort, derived from an increase in the incidence of heat waves, the effect on the tourist attraction of the Canary Islands depends on various factors. In Soclimpact’s projections, up to 60% of the sample of tourists surveyed in our main markets of origin have expressed their intention not to visit the islands if there is a loss of thermal comfort associated with the scenario of higher emissions. In practice, this will also depend on how this variable evolves in competing destinations, how the offer and preferences for alternative forms of tourism evolve and what we do in our own destination to alleviate the effect of heat waves on health and the well-being of tourists.

In this regard, Professor Matías González Hernández from the University of Las Palmas de Gran Canaria and a researcher at the Institute of Tourism and Sustainable Economic Development (Tides) points out that ‘YIt is not enough to repeat that we have a wonderful climate (which is still fantastic) but we will have to learn to intelligently manage the climatic variable, offering services and activities suitable for days of high thermal stress and putting in value places on the islands in those that the heat softens’.

A third important risk for the Canary Islands may be derived from the increase in the average temperature, and the variability of temperature, of the sea surface. This is associated with a growing mortality of the seagrass meadows that surround the islands (cymodosea nodosa, popularly known as seba), which would lead to an impoverishment of the biodiversity that is sustained by this structuring species, and an increase in turbidity of the water. In one case, it would negatively affect tourism modalities based on the observation of biodiversity and underwater landscapes such as snorkeling and diving, with very high growth potential in the Canary Islands, but also the experience of sea bathing, due to at the highest frequency of dead sebas banquettes on the beaches.

Matías González points out that ‘Although locally we can do nothing to stop the rise in sea temperature, we can do, and much, to reduce until we eradicate another factor that conspires with temperature to destroy the marine habitat: untreated or insufficient wastewater discharges debugged. Scientific studies clearly show that temperature and pollution together multiply their effects and that by eliminating marine pollution, the impact of rising sea temperatures on the conservation of marine habitats could be much better controlled. ‘

Even more important than the treasure of biodiversity that the waters of the islands host, is that of terrestrial biodiversity. The Canary Islands have a significant part of the endemic European biodiversity (in the Natura 2000 Network) that unfolds in habitats that are unique and that make up a good part of the image of the islands, such as pine forests, Monteverde and endemic palm groves, for cite only those that occupy a larger area. The combination of longer periods of drought with more frequent and intense heat waves, together with the accumulation of fuel in the forests and their surroundings, offers a propitious framework for the occurrence of wild fires, inextinguishable with conventional means, which can affect every more and more area of ​​endemic forest, without leaving time for their recovery. The dryness of some humid forests on the westernmost islands makes them vulnerable to fires at this point. These large fires affect the perception of safety of residents and visitors, the natural and landscape heritage, and the image of the island. The Canary Islands should be more aware of the value of its terrestrial natural heritage and invest more in its conservation, and in developing intelligent response systems, in short, adapt to the circumstances of an adverse climate.

These are just some of the results contained in the tool TOdaptation Support Tool for Islands, recently created within the framework of the Soclimpact Project.

The SOCLIMPACT project integrates 24 partners, universities, public and private research institutes, public actors and communication companies. It is a project led by the ULPGC and funded by the European Commission through the Horizon 2020 program. Soclimpact addresses the study of the impacts of climate change and the socioeconomic consequences on the Blue Economy of 12 European islands, case studies, and focuses specifically in four sectors (Tourism, Maritime Transport, Energy and Aquaculture).