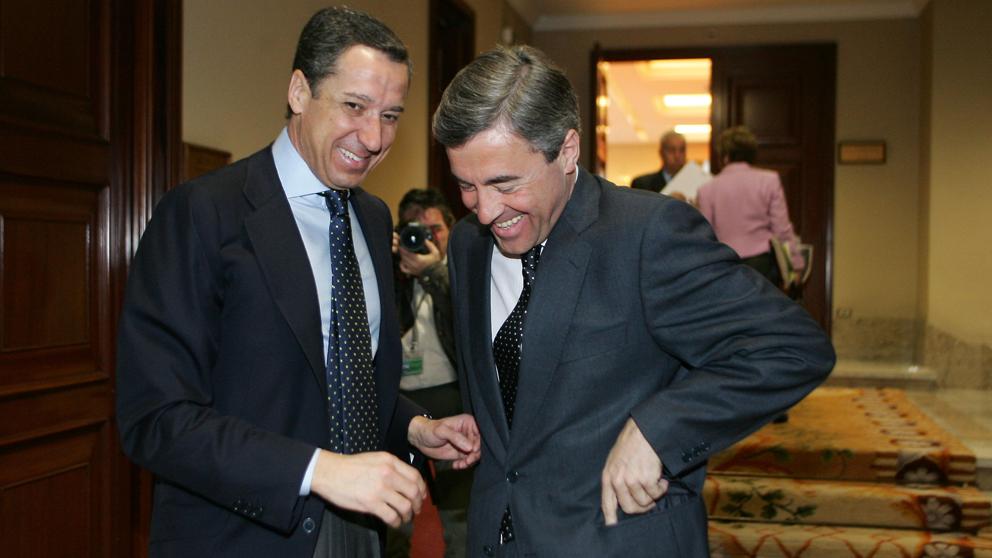 The meteoric rise of the Eduardo Zaplana’s political career, from the mayor’s office of Benidorm until the Minister council as head of Public Administration or Labor, as well as spokesman for the Government of Jose Maria Aznar, allowed the one who was also president of the Valencian Generalitat to weave a complex network of companies to collect bites and move and whiten up to 20 million euros, of which 11.2 million would have stopped in their pockets.

This is the conclusion reached by the central operating unit of the Civil Guard (UCO), which has produced an extensive report that is part of the summary, during the training phase, of the Erial case.

The document details how for twenty years Eduardo Zaplana allegedly charged commissions for, among other operations, the privatization of the technical vehicle inspection service (ITV) and the permission to install and operate six wind farms in the Valencian Community. The money traveled through 23 societies and ten countries for two decades in a complex corporate plot in which the ex-seller and former director general of the Polícia Juan Cotino and his nephews José and Vicente (this self-accused in the case of financing) played a decisive role. Illegal of the Valencian PP), several testaferros, men of confidence as the lawyer and key informer in the instruction, Fernando Belhot, and even relatives of the former president. All are accused of the crimes of prevarication, embezzlement, contracting fraud, bribery, crime against public finances, influence peddling, bargaining for civil servants, document falsification, money laundering and criminal organization.

On this corporate structure, with companies screen in Luxembourg, Andorra, Panama, Holland, Dubai, Uruguay or Hong Kong, among other countries, the UCO emphasizes that the investigation places Zaplana “in a higher hierarchy plane, both in relation to the awards when he held the position of president (of the Generalitat), as in relation to the management of the illicit heritage apparently obtained as a result of them ”.

To clarify the operation, the UCO has prepared a detailed scheme of these companies for the investigating judge from the Imison International firm. This company was incorporated in Luxembourg and managed by Beatriz García Paesa, niece of spy Francisco Paesa. Imison, which was constituted with a capital of 607,000 euros that was paid in cash by Juan Cotino, according to Beatriz García Paesa, and settled in 2011, would have functioned as a screen company and also as an instrument to manage the payment of commissions between 2005 and 2009.

It is here where the Cotino family appears linked. The owners of this company at the beginning were Asedes Capital, parent company of Sedesa, the Cotino firm. Sedesa was the beneficiary of the concessions of the ITVs and of the Valencian wind farms, which meant that, when they sold it later, a pitch of more than 80 million euros. The UCO maintains that Sedesa transferred 6.4 million euros in bites to Imison, in addition to some 2.2 million euros to the Luxembourg company Fenix ​​Investments that were allegedly destined for Juan Francisco García, who was chief of staff of Zaplana. The Civil Guard reasons that certain people “linked to the Sedesa group, including Vicente or Juan Cotino, could have made a pernicious administration of the societies (…) with the purpose of satisfying the payment of commissions”.

In the preparation of the report, the contribution of the Uruguayan lawyer Fernando Belhot has been fundamental, who has detailed to the UCO how he assumed control of the corrupt operation of the former Valencian president: “Zaplana tells me that he did not want to appear or appear as the owner of those financial assets and real estate because he had been a person who had had a very important public activity as president of the community ”.

Former Minister Zaplana entered prison in May 2018 and was released in February 2019 after the judge managed to block some of this money abroad.