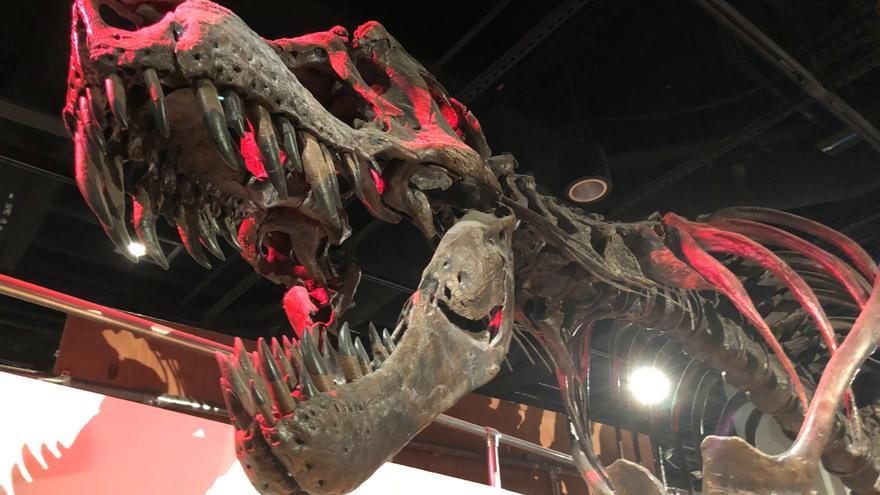 The Tyrannosaurus Rexone of the dinosaurs most famous, it is the only recognized species of its genus to date, but a new analysis of remains has led a group of experts to suggest that, in reality, there would be three different groups.

The study published today by Evolutionary Biology and signed by American scientists reveals physical differences in the femur, other bones and dental structures that could suggest that the Tyrannosaurus-Rex specimens should be recategorized into three different species.

The team led by paleontologist Gregory Paul analyzed the bones and dental remains of 37 tyrannosaurus specimensand compared the robustness of the femur in 24 of them.

They also measured the tooth base diameter or the space in the gums to assess whether the specimens had one or two thin incisor teeth.

The authors noted that the femur varied between specimens, with some having sturdier femurs and others with lighter ones. Furthermore, there were twice as many of the former, suggesting that it is not a difference caused by sexwhich would probably lead to a more even split.

Similarly, they consider variation is not related to growthas robust femora were found in some juvenile specimens two-thirds the size of an adult, and more gracile femurs in some adult-sized ones.

The tooth structure it also varied among the specimens, although only twelve of them had both femur and dental remains preserved.

The experts saw that those with an incisor tooth were often correlated with a lighter femurindicates the magazine.

Of the tyrannosaurus specimens, 28 could be identified in different sediment layers (stratigraphy) in the Lancian formations from the top of the Masstrichtian in North America (estimated between 67.5 and 66 million years ago) and the authors also compared them with other theropod species found in lower layers of sediment.

The variation of the robustness of the femur in the lower layer it was no different from other theropod species, indicating that probably only one species of tyrannosaurus existed at that point.

However, only one gracile tyrannosaurus femur was identified in the middle layer and five other similar femurs in the upper layer along with other robust ones.

This suggests that the remains found in the highest layers of the sediment they physically developed in more distinct ways compared to those of the lowest and other dinosaur species.

The team believes that the changes in the femur may have evolved over time from a common ancestor with more robust femurs to become more gracile in later species.

Differences across layers of sediment can be considered "sufficiently distinct that the specimens may be considered separate speciesPaul stressed.

Of the two possible new species of tyrannosaurus, the Imperator refers to the specimens found in the lower and middle layers of the sediment, characterized by more robust femurs and usually with two incisor teeth.

Animated Tyrannosaurus-Rex at the National Museum of Scotland. EFE

The Regina is linked to remains from the upper and possibly middle layers of the sediment, characterized by thinner femurs and an incisor tooth.

The recognized species Tyrannosaurus-Rex was identified in the upper layer and possibly in the middle layer of sedimentwith remains that preserve more robust femurs and that only have one incisor.

Some specimens analyzed they could not be identified from their remains, so they were not assigned to a species.

The authors acknowledge that they cannot rule out that the observed variation is due to extreme individual differencesor to atypical sexual dimorphism, rather than to separate groups, and also note that the location within sediment layers of some specimens is not known.