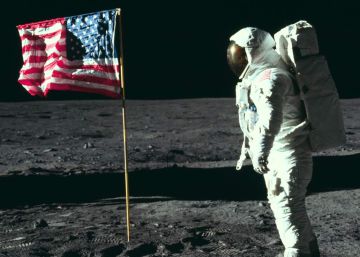 For decades, many telefilms made their audience tremble when the epigraph "based on real events" appeared. Today, however, the distressed sign serves as a bait: The Alcàsser case, Chernobyl, American Crime Story … This month, the arrival for the first time of the human being to the Moon and the attack on the Norwegian island of Utoya in 2011 will be reflected in theaters. Of course, in two approaches to its object of study completely opposite: yes Apollo 11, of Todd Douglas Miller (premiere in Spain, July 16), reconstructs the legendary journey of Armstrong, Aldrin and Collins with unpublished and restored images from the NASA archive, the US aerospace agency; Utoya July 22 -Which opens on July 19-, of Erik Poppe, recreates the attack on the youth camp of the Norwegian Labor Party in a sequence shot that shows that killing in real time and with the camera attached to a fictitious victim.

Thus returns a debate that shakes from its beginnings to the cinema, even since in the twenties of the twentieth century the Soviet Dziga Vértov created the theory of film-eye to capture the images with "comprehensive objectivity." When it comes to capturing an actual event, what is more effective in reaching the public, the documentary or the fiction? And for the verisimilitude? Any spectator who enters a digital platform raises it day after day before the avalanche of audiovisual content related to historical events, mainly murders and catastrophes.

The last three Poppe films have been inspired by real events. "I care to portray the truth in all its details," he told by telephone on Tuesday. "And, nevertheless, more and more the historical films alter the facts and the personages", assures annoying. However, Poppe took several artistic decisions against the current that have won critical applause since his film premiered at the Berlinale in 2018: "I decided not to make a documentary because those films reflect one, two or three stories. Instead, a fictionalized story is more general, goes further and sometimes even more accurately. Sometimes fiction can be more truthful than a documentary. "

"But the feeling of truth that emanates from the images of a documentary is unparalleled," says Miller, who on Monday presented his latest documentary in Madrid. "I defend authenticity first and foremost."

The filmmaker agreed to this material of carom. With the support of CNN Films, Miller began preparing a documentary about a trip that is now commemorating its 50th anniversary. He asked the US National Archives for documents and there he found "eleven thousand hours of images, many more of audios and, above all, rolls of the never seen film of the mission, in 65 millimeters", a spectacular and panoramic format. "The madness was to synchronize image and sound, and for not achieving it I had to leave out one of my favorite images, of the young mathematics that did the calculations in NASA and to which some technicians wrongly contradicted".

Humanity has advanced with every scientific and technological progress. And the whole program Apollo It should have been another step in that career, since President Kennedy announced that the United States was taking on the challenge. However, when he returned to Earth the Apollo 17 the program was closed. Nobody has returned to the Moon. Those expeditions became reality in an escalation to a mountain: it climbs, the summit is trodden … and it becomes. The manned space exploration has not gone any further. "I understand your point of view," says Todd Douglas Miller, "and maybe until recently that was the right point of view, but we have to see it with perspective, today private initiatives and the technological impulse related to life have multiplied. Many governments and companies are involved in an exploration that wants to get further away from the Moon, I am very optimistic. "

Both Poppe and Miller faced various ethical dilemmas: "I would never have made the film without the support of the victims," ​​says the Norwegian. "That's why no character has a real name. I interviewed several survivors and relatives of the murdered ones and, later, I showed them the movie. I did not run on the island of Utoya, but on another one that is 200 meters away, for ethical reasons – the survivors who helped us in the rehearsals did not want to step on it – and practices: the landscape has changed a lot in these eight years ". The American, meanwhile, skipped some command that was marked at the beginning of the process – "Do not betray the Apollo 11 "– and used material from other missions Apollo to show the best images "that illustrate the key moments". In return, it has removed the most modest contents: conversations with wives, hygiene problems … "I wanted to focus on the challenge that that mission entailed," he explains.

In this wave of audiovisual passion for the "based on real events", both Poppe and Miller have seen how films have been released about the same events they relate. About the attack on July 22, 2011, the far-right Anders Behring Breivik, who after setting up a car bomb in Oslo, shot the kids in the Utoya camp for 45 minutes until the police arrived, before which he surrendered. 77 people in total-, the British Paul Greengrass premiered on Netflix July 22, in which Breivik has more weight. "I wanted to tell the story of the victims, their fear and their pain," says Poppe. He adds: "Almost all the movies and series about crimes focus on those who perpetrate them, not on those who suffer them. We have to recover our ability to empathize with the victims. And more at a time when ultra-rightist movements are growing ". Miller is hurt by the vision he gives of Neil Armstrong First Man, by Damien Chazelle. "We are both from Ohio, I feel close to him, and it is true that he was not very expressive, although we forget how he directed the mission, how he always thanked everyone for his efforts with an eternal smile," the filmmaker says.

For Poppe, in the end the format does not matter, but the emotion that the audiovisual contributes: "Articles and books written about the attack are not able to show what really happened. There is the power of cinema, of images, and their importance ".