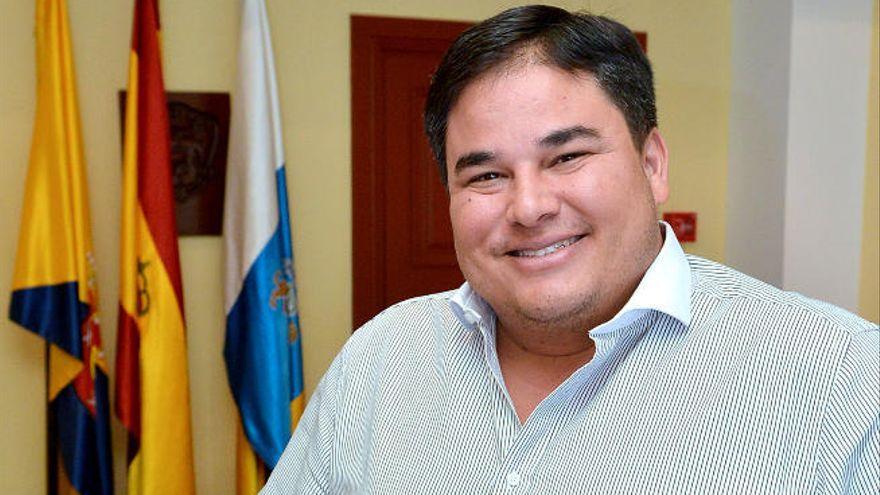 Las Palmas de Gran Canaria, Sep 17 (EFE) .- The first deputy mayor of Mogán, Mencey Navarro, and the councilor for Social Services, Tania Alonso, are the two councilors who have been detained by the Civil Guard this Thursday along with the mayor, Onalia Bueno, from Ciuca, the party that governs the majority, according to information received by the opposition.

The mayor of Mogán and the two councilors have been arrested as alleged perpetrators of an electoral crime and against the public administration that has been investigated since 2015 and which was retaken in 2019, sources from the Civil Guard have indicated to Efe, who have indicated not being able to provide more information about the case.

The only mayor of Nueva Canarias (NC) in Mogán, Isabel Santiago, has told Efe that she is not “at all surprised” by these arrests, since in the municipal elections of May 2019 she presented a letter to the Delegation of the Government of the Canary Islands in which he made known an audio that Good circulated in the media in which he could incur in manipulation of the vote by mail.

The mayor of NC has indicated that she then demanded that the Government Delegation provide the necessary means to guarantee the cleanliness and transparency of the electoral process, a request that she recalled that she also requested in the previous elections, which led to the Mayor’s Office of a government of coalition formed by Ciuca and the PSOE.

Santiago has emphasized that in the last May elections, when Ciuca (Citizens for Change) achieved an absolute majority, the postal vote “shot up” in Mogán, and that the letter he presented to the Government Delegation was sent to the Prosecutor’s Office .

Likewise, he pointed out that this is the second time that Onalia Bueno has been arrested, since it was already due to the “Gondola case”, which was also denounced by the mayor of NC and two other councilors of Mogán in June 2006, according to He recalled, although he said that the half dozen crimes attributed to him, including electoral crime, prevarication, embezzlement and influence peddling, were shelved.

Santiago, who has been a councilor for Mogán since 2003 -when she entered the corporation as mayor of the PP- has continued all these years in the City Council, although from September 2006 from the ranks of NC, she has stated that she has asked for the resignation of Good on “numerous occasions”.

In the previous term, when Ciuca governed in coalition with the PSOE, because he understood that “it was not reasonable that a multi-defendant then in the ‘Góndola case’ -referring to urban irregularities- was mayor”, and in this due to the audio recording that circulated in the media.

The mayor of NC has indicated that the first deputy mayor who has been arrested is charged as the alleged perpetrator of a crime of administrative prevarication, which is instructed by the Investigative Court number 3 of San Bartolomé de Tirajana, which is the one that investigates the cause that It has led to today’s arrests.

This accusation is due to a complaint filed by various opposition councilors, including that of NC, and the head of the legal department, since Navarro allegedly skipped a report on the distribution of the controller on lower contracts than the also councilor for Urban Planning, Security and Human Resources made his dispatch partner.

The mayor of the PSOE in Mogán, Julián Artemi Artiles, has indicated to Efe that they do not have information on the reason for the arrest of Bueno and the two councilors, so he has declined to comment until the summary of the case.

Artiles has regretted that Mogán is back in the news due to legal proceedings and has trusted that the Justice purge responsibilities for the alleged illegal practices that may have been committed. EFE

Belarusian opposition, 2020 Sakharov Prize for freedom of conscience from the European Parliament

Health asks that blood be donated, especially of groups A +, 0+ and 0-