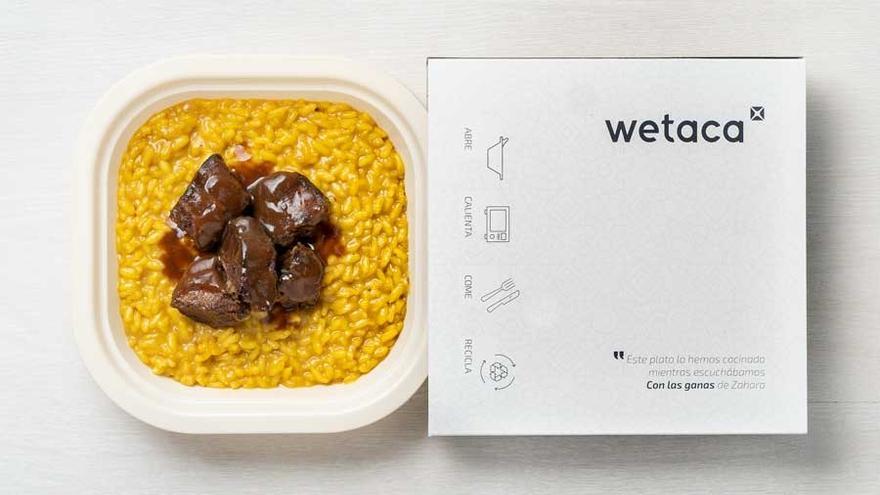 The food delivery company Wetaca sent an email to its customers on Wednesday asking them to throw away the tuppers received in the last few days. "We are writing to ask you please not to take the dishes of your last order (the one received between June 18 and today, June 23, 2021", says the communication. "As you know, and as a food company that we are, every week we carry out clinical analyzes of the dishes we make with the aim of maintaining the highest quality standards ".

"In this week's analysis," the statement continues, "we have just seen that some of the dishes have not met this standard so, for prevention, we ask you to discard them and not consume them (...) Our Priority is to take care of yourself, so if you have already consumed dishes and you have not felt or feel bad, do not worry. But if for any reason they have made you feel bad, we ask you to contact us by email so that we can assist you personally ".

The company assumes that "this is a nuisance" and undertakes to reimburse its customers the full amount of the order automatically, with expenses included.

Wetaca, a Spanish company based in the south of Madrid, sends weekly plates of prepared food to tens of thousands of people throughout Spain. The system is as follows: they open the letter on Thursdays and accept orders until the following Wednesday. The client chooses the day they want to receive them and they arrive during the week.

The alert email arrived on a Wednesday, so most customers had already received their tuppers and they had eaten them. Juan, a Wetaca user that this newspaper has spoken with, chose to pick up his food on Friday. He has eaten several dishes and so far has not felt bad.

The company, which at the time of this writing had not responded to a request for information from elDiario.es, has answered openly to customers who have requested information on Twitter, but has not published any statement on this social network. Not on Facebook either.

The lack of concrete data has worried its users. "It is strange, because they do not specify if it is a specific dish or if it is something that affects several," says one of their clients, Javier. "That makes me think that it will not be something too serious, but on the other hand it worries me: it could be something generalized throughout the kitchen. I would have liked a little more detail in the communication. I would like to know if we are exposed to a bad afternoon in the bathroom or if it is something more serious; if it is in all the dishes or only in some ".

Others do not quite understand why Wetaca did the quality analysis once the dishes were shipped. On Twitter, some of them have declared feeling sick to their stomach.

Pharmaceutical expert in food safety Gemma del Caño explains to elDiario.es that "the food industry carries out intense and important preventive controls. But since we know that zero risk does not exist, we also take random samples and do analyzes afterwards."

Del Caño understands that Wetaca has detected the failure in that subsequent analysis and that it has acted correctly by informing its customers to throw it away. The normal thing, he explains, is that preventive controls are so exhaustive that subsequent analytics do not detect anything unusual. But it can happen. "That is why traceability is so important. All products go with a batch, so when you detect a failure in a batch you know exactly where it is and you notify," he continues.

Depending on the level of danger of the failure, the industries activate different protocols. "If it were something very serious, like salmonella or listeria, they would inform the AESAN (Spanish Agency for Food Safety) to make a bigger appeal," he says. "But it is probably microbiological contamination, E-Coli, which is quite common and is not super critical. With traceability they are able to notify everyone that they have tuppers".

Wetaca must now detect where the fault is

"In the food industry, we can afford to fail because zero risk does not exist. But we cannot fail twice. Now they have to analyze backwards: if someone has not washed their hands well, if something has not been packaged well. , if the raw material was correct ... ", continues the pharmacist.

This can mean stopping all production, so every minute is critical because it means losing money. "Imagine that you find a machine contaminated with listeria. That machine must be removed and not used until an analysis is done."

For this reason, it is common for quality technicians to carry out drills so that the company knows how to react to a failure of this caliber. "Twice a year, without warning, we say: we have found salmonella in the product. A crisis committee is held to assess whether to withdraw from the market and analyze what part of the process it is," he says. Del Caño concludes with an illustrative example. "Imagine if there had been pandemic drills. We would not have improvised like that."