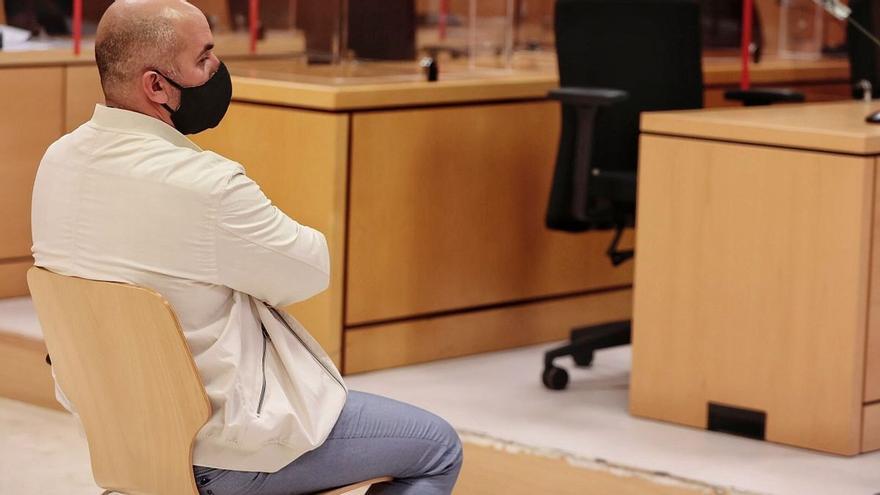 The Chamber has dismissed the appeal of the mayor and has confirmed the full adjustment to law of the decision made in its day by the Fifth Section of the Hearing.

The instance, and now the Appeals Chamber, consider it proven that the defendant, in his capacity as mayor of El Tanque, acting “with absolute disregard for current legislation,” agreed to open and start-up of a mini-residence and day center for the Elderly in the town, which was inaugurated by the same on August 12, 2014, “also showing the status of manager of the center.”

Such action was verified, adds the Justice, “despite the fact that the defendant was aware that the property, which lacked final works certification because the planned structural reinforcement works had not been executed, was owned by the Federation of the Elderly of the Canary Islands -FEMAC -, without it having been reverted to the City Council and without the mandatory administrative file for the creation and establishment of the service having been processed, nor was he, as mayor, competent for the definitive approval of said service, thereby violating legality current”.

Likewise, Martín Cánaves, “acting again with the purpose of avoiding compliance with current legislation, and absolutely disregarding the legally established procedure,” asserted the now ratified ruling, “issued the decree of the Mayor’s Office by which it resolved to approve the Register of Beneficiaries for the Concept of Day Center corresponding to the month of June 2015, the amount of which amounted to the amount of 1,600.00 euros, as well as that the appropriate receipts were sent and that said resolution be reported to the Intervention and to the Plenary of the City Council, refusing the signature and processing of said Decree by the Comptroller Secretary of the Consistory, in a report of June 22, 2015, since the defendant had omitted the mandatory procedures and previously referred to for the establishment of the service, as well as the procedure legally foreseen for the establishment of the rate for the provision of public service -which includes the price eptive approval of the regulatory ordinance of the service-, thus breaching all the legal regulations in this regard ”.

The confirmed sentence continued, verifying that, on August 6, 2015, after an inspection visit to the facilities of the Ministry of Residence and Day Center, a Technical Report was issued by the Municipal Technical Architect, stating that the facilities were occupied. and being used, “without the Final Certification of Works having been obtained nor the ownership of the building having been reverted to the City Council -because there was no record of lifting the embargo that weighed on it- nor the mandatory administrative file for the development of said activity, proposing the sealing of the facilities and informing the Comptroller Secretary of these points ”.

The account of events adds that on August 14, 2015, a report was issued by the Comptroller Secretary of the City Council of El Tanque, in which it is ratified in the reports issued by the Municipal Technical Architect, “because the structural safety of the building and its residents, as there is no documentation that proves it and since the building was not owned by the municipality, proposing as a precautionary measure the sealing of the facilities, until the indicated circumstances were resolved and subsequently the necessary procedures were carried out to the start-up of the service, if applicable ”.

Likewise, on December 2, 2015, the Comptroller Secretary issued a report, with the corresponding repair note and ratifying its previous reports dated June 22 and August 14, 2015, after verifying the existence of collection notes in the account opened in the name of the City Council of El Tanque, relating to income from the Ministry of Residence and Day Center.

Said opinion, the Hearing declared proven, “was ratified in the Report of the Intervening Secretary dated April 28, 2017, after verifying that the facilities were still open and in use, as it emerged from two reports from the Municipal Technical Architect of March 17, 2017 and the Chief Officer of the Local Police of March 27, 2017, as well as that there were still charges in the current account previously outlined for the provision of the aforementioned service that had not been legally established. Said Reports were also ratified by the Comptroller Secretary through a report dated June 22, 2017 ”.

The ruling now confirmed concluded: “In this way, the defendant Román Antonio Martín Cánaves, aware of the aforementioned opinions and having ignored the notes of objection issued by the Intervening Secretary, without having resolved in any way about the request for sealing of the facilities, with total disregard for compliance with applicable legislation, kept the Mini-Residence and Day Center open and in operation, charging for the provision of the service, knowing that it had omitted all the legal procedures for the implementation of the service and the collection of fees for the same, 33 being also perfectly aware that the building lacked Final Works Certification and that the City Council did not hold ownership of it ”.

Reasoning of the Appeals Chamber

In the opinion of the Superior Court of Justice of the Canary Islands, the Court of Instance analyzed “in a detailed, exhaustive and detailed manner the result of the personal evidence acted in the oral trial, both those of the charge and those of the defense” and motivated “broadly and its assessment of the body of evidence is sufficient “.

In addition, the second instance exposes, the ruling of the Hearing of Santa Cruz gave “a complete answer to all the questions raised by the defense of the appellant here”, and offered “a coherent and clear explanation of what happened” which, otherwise, came ” protected by the evidence practiced ”.

In the first place, reasons the TSJC, the Chamber responded to the allegations made by the defense that the filing of the initial complaint before the Prosecutor’s Office, and even the reports made by the same in August 2015, were due to the bad relationship between the complainant and the appellant, Mayor of the City Council of El Tanque.

“However, although it could be admitted that the relationship between the two was not good,” the Court clarifies, “nothing indicates that [el denunciante] carried out his reports for the month of August 2015 influenced by that alleged animosity towards the appellant, since such reports, made at the request of the Secretary-Comptroller of the City Council, and referred to objective data such as that the Miniresidencia and Day Center facilities were occupied and being used despite lacking final work certification, not being municipally owned, as it has not been reversed in favor of the City Council, and the corresponding administrative file has not been processed for the implementation of that service or for the development of the activity , would later be ratified in 2017 in those made by the Technical Architect who replaced him ”when the complainant was dismissed, as stated in the plenary session and this is documented.

On the other hand, the Appeals Chamber points out that the initial complainant “declared in the plenary session that he filed the complaint since it was his duty to ensure the public interest, but even if it was understood that he had done so for other less commendable personal reasons, It is the truth, as the Court of Instance points out, that this does not categorically eliminate the value of its statements, especially when the facts that it had reported to the Prosecutor’s Office, in relation to the operation of the Ministry of Residence and the Center for the Elderly , have been duly accredited, not only because of what was declared by the complainant but also because of what the other witnesses and the extensive documentary evidence found in the proceeding stated ”.

The decision of the Superior Court is susceptible of an appeal before the Second Chamber of the Supreme Court.