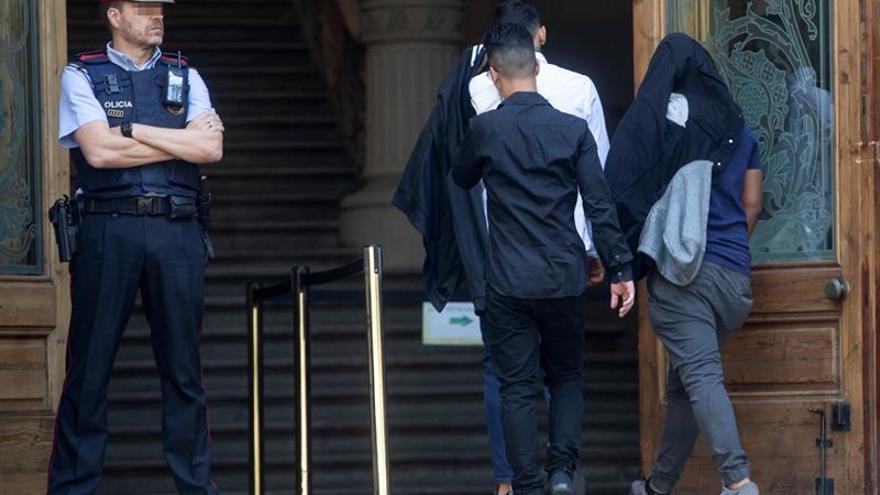 The Superior Court of Justice of Catalonia (TSJC) has confirmed the judgment of the Barcelona Court that condemned the five men who raped a minor in Manresa in 2016 for abuse and not for sexual assault, maintaining the sentences of 10 and 12 years in prison that were imposed on them. All those convicted are still at large today, and in fact two of them remain on the run from Justice.

The court has adopted the decision only by majority, because of the three robes, one was in favor of convicting a sexual assault, as requested by the Prosecutor’s Office and the victim’s private accusation. In the sentence, the Appeals Chamber of the TSJC discards the arguments of the Prosecutor’s Office to convict of assault. The Public Ministry was based in “environmental bullying” to which, in his opinion, the young people subjected the minor when they raped her in shifts in an abandoned factory in Manresa during a Halloween party on October 29, 2016, when the minor was only 14 years old.

The Barcelona Court of Audience did not appreciate the intimidation alleged by the Prosecutor’s Office, as it considered that the victim’s state of intoxication and unconsciousness made it unnecessary for the rapists to subject her to violence or intimidation, the requirements to convict of sexual assault.

Judges Roser Bach and María Jesús Manzano confirm the reasoning of the Barcelona Court. “The only circumstance that determined the will of the victim was the state in which he was as a result of the consumption of toxic substances, beyond, obviously, his age, which makes a possible consent irrelevant”, reads the sentence of the Chamber of Appeals of the TSJC.

On the other hand, the third member of the court, magistrate Carlos Mir, signs a private opinion in which he defends that there are reasons to convict of sexual assault, since the accused not only “took advantage” of the victim thanks to the “loss of meaning “caused by alcohol, but was raped thanks to” an intimidating behavior by which they dominated the situation “and which was” capable of nullifying any possibility of opposition or resistance from the victim. ”

What the Chamber does agree is to increase the compensation that the condemned must pay to the victim, which goes from 12,000 to 60,000 euros due to “the seriousness of the attack, especially degrading” that he suffered.

Of the five damned, two, Daniel David RL and Yordanis from JCL, remain at large and unaccounted for after the court of the 22nd section of the Barcelona Court took 47 days between their first presentation to the Justice –the day they had been summoned to deliver the sentence of the case– and the issuance of a search warrant. The rest of the condemned who have not escaped remain on provisional freedom by decision of the Barcelona Court.