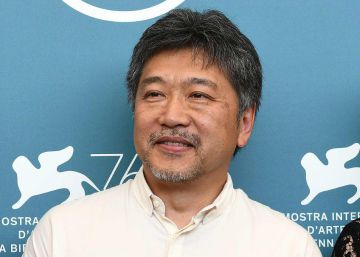 The diva is talking about herself. As always, the refrain of a lifetime. Even the issues are repeated: the nth interviewer asks questions to which he has already answered too many times. And yet, when the perfect interruption knocks on his door, Fabienne prefers to continue with such an irrelevant talk. "Nothing important is my daughter with her family," he releases the editor. Years without seeing each other and not a greeting. It is clear that the forecasts do not predict an idyllic visit. Rather, stormy days are coming.

Although the director Hirokazu Kore-eda he knows well that blood ties are much more complex: sometimes it rains and thunders; others, a placid mist reigns; but, sooner or later, some sun rises. With all this the filmmaker builds The truth, his first film outside of Japan, in France, with which he opened today the 76th edition of La Mostra. It was applauded before it started, and then. Although, in between, he left the same feeling of some family reunions: it is a pleasure to enjoy them, but also to end them.

Perhaps the return to earth is more surprising because expectations flew beyond the clouds. Kore-eda came from winning the Golden Palm in Cannes with A family affair, celebrated by many critics as the coronation of his filmography. And he returned to his favorite terrain: the only human relationships that are not chosen. "It is the story of a mother and daughter who do not arrive at an answer but try to move forward together, accepting their reciprocal existence," Kore-eda summarized this Wednesday before the press in Venice.

Beside him, the two exceptional protagonists of The truth: Catherine Deneuve Y Juliette Binoche. Maybe the first one felt very comfortable with the role of the star used to be the brightest, but the truth is that her interpretation illuminates the film. So much so that his entry into the press room started an ovation that seemed never to end. “This character has a lot of me. I understand her perfectly. Although I am not at all an interpretation machine. It was mostly a work of composition, ”Deneuve acknowledged. In general, she and Binoche display a master acting class on the screen. Their disagreements are as explosive as their looks, there is ice and fire, confessed anger and hidden emotions. A mother and a daughter.

However, when he left his country, Kore-eda left a certain subtlety at home: in A family affair, Two strokes designed a world. Here, however, there are shortcuts and clear explanations to guide the viewer to the desired reaction. And achieved, yes: the audience laughed loudly several times and more than one would be moved. Why The truth, Like any good family, embrace ambiguous feelings, love and hate. In theory, the daughter returns to the maternal home to celebrate the publication of the mother's autobiography. But in reality, there is nothing to celebrate. The book is like Fabienne: relentless and full of lies and fantasies. "I'd rather be a bad mother, a bad friend and a good actress," admits the diva to her daughter. And he also says: "It is not a fault to be strong." Although perhaps it is another sentence of the parent that best sums up the film: "The truth is not passionate."

Many of these phrases come from a three-way work between director and actresses. The film was born from a play that Kore-eda wrote in 2003, but never led to the tables. "At the beginning, it was set only in a dressing room," said the director. When, in 2011, Juliette Binoche proposed to make a long together, she remembered that lost text. He picked it up and changed it. And he modified it again in each meeting he held with the two protagonists. In Paris. In Cannes And in Tokyo. “The characters were complex, it took time to get used to it. And it was a challenge to try to convey to the translator what we wanted to express about the characters to be transferred to the director. It was something unique, ”Deneuve said.

For Binoche, the film also meant a special job: “I had been wanting to work with Kore-eda for 14 years. And I fell in love with Catherine since I was very little. This movie is the realization of my dreams. ” Although the contact with the director, at the same time, baffled him. “I usually prepare a lot for the characters but he asked me not to do it,” he said. The actress complied, but on the set she found a filmmaker who stayed stuck to her, "breathed and gestured" with her character. "I thought that at some point I would stop moving so much," Binoche confessed. Indeed, after filming one of the key sequences of The truth, Kore-eda finally stopped. I already had what I was looking for.

La Mostra, on the other hand, has just been launched. They will arrive on Joker from Joaquin Phoenix, the Panama Papers according to Soderbergh or Brad Pitt's space travel in Ad Astra And it will be known if at least a couple of firm Oscar candidates come out of Lido again. Venice and Hollywood, lately, love each other more than a family.