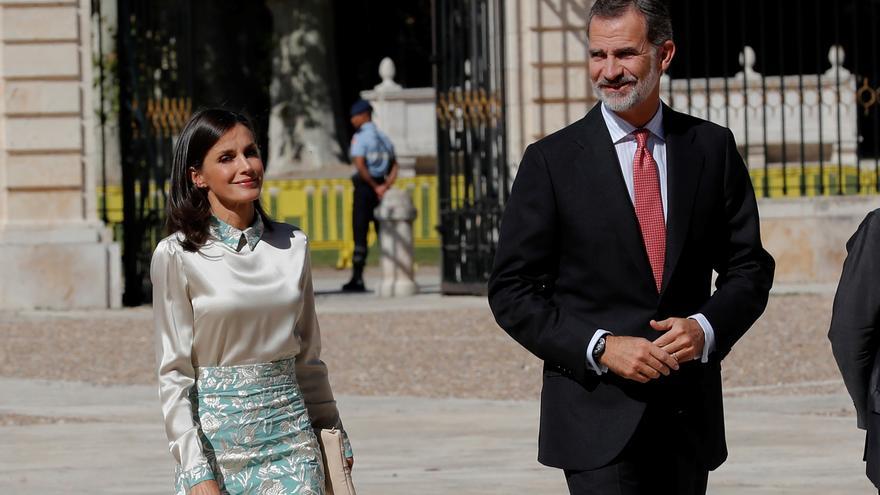 The Government accounts for 60,061.59 euros in expenses derived from the service commissions authorized for international travel of the personnel assisting the royal family since 2016. The Public Administration budget platform has registered a total of 108 service commissions of these public workers in that period in which the Royal House publicly recognized 29 trips abroad within the official agenda of Felipe VI, Queen Letizia and the emeritus. In the case of national trips to assist the royal family, the expenses for these personnel amount to 183,721.3 euros.

The Ministry of the Presidency identifies 108 staff service commissions corresponding to staff assisting the royal family on international trips between 2016 and 2021 in response to a question posed by the Senator of Compromís Carles Mulet. Most of the employees who carry out their functions in Zarzuela depend on the list of jobs of that ministry or of National Heritage. It is this institution that has hired valets who assist the royal family and who travel with their members, as is the case with the three assistants who take turns in the United Arab Emirates since Juan Carlos I is there.

In the first four months of 2021, four royal family international travel service commissions have been authorized. This year the Royal House has only published one: a state visit to Andorra at the end of March. In total, 6,205.10 euros have been settled in that period for these service commissions. The previous year, the kings had their international agenda limited to two trips due to the pandemic. The king traveled to Uruguay in February to attend the inauguration of the president and Queen Letizia traveled to Honduras in December. However, eight service commissions were authorized, amounting to 11,049.56 euros.

The Government’s response does not allow identifying the destinations of these service commissions and to which member of the royal family the assistance corresponded, despite the fact that Compromís’ questions specifically required information on the service commissions authorized for personnel hired from through the Ministry of the Presidency or National Heritage for accompaniment tasks specifically for King Juan Carlos and Queen Sofía.

In the case of displacements within the national territory, the Government responds that “the expenses for service commissions, corresponding to the personnel assisting the royal family, has been 183,721.30 euros” between 2016 and 2020, since until ” March 26 there have been no service commissions for domestic travel in the year 2021 “.