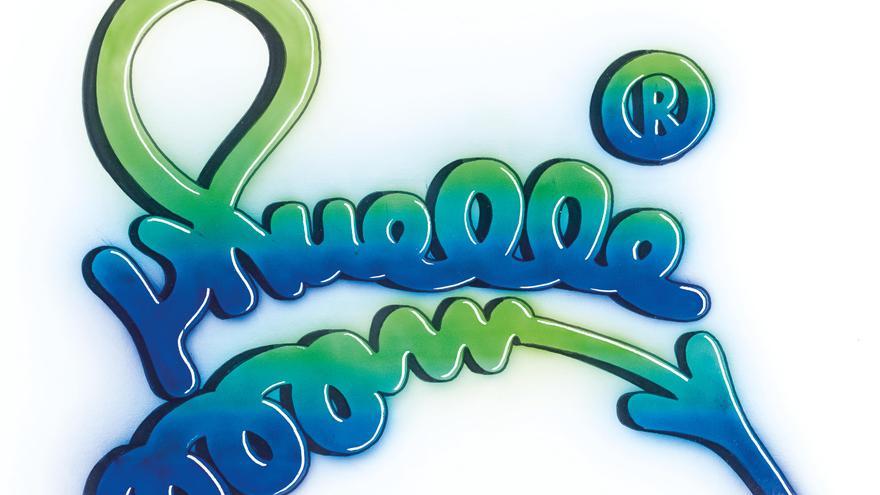 Graffiti begins in Spain when Muelle, the firm that Juan Carlos Argüello (1965-1995) expanded through the city of Madrid, seized a spray in the early eighties. In this the experts in the field do not show doubts. What they are not so clear about is how to convince public institutions that that personal graffiti, which fought against commercial firms in a city full of advertising, is part of the history of the country and its cultural expressions. More than two decades have passed since his death and no museum has been interested in the study and recognition of his creative impulse on the walls of Spain trapped between democratic disenchantment and vital euphoria.

In this inexplicable silence, the market has once again anticipated science and is putting on sale this Wednesday, at the Duran Arte y Subastas house – with a starting price of 1,500 euros, the cheapest, and 6,000 euros, the most expensive – 15 sketches drawn by Juan Carlos kept by his brother, Fernando.

It has not been a simple move. Fernando Argüello acknowledges to this newspaper that Consuelo Durán, director of the auction house, had wanted for two years to set up this event to offer new content to her collectors. He refused as he refused others who offered to take products from Muelle to the street, from clothes to accessories. His brother had registered his trademark, in 1984, in the face of the voracious impulse of the competition to take over his own. It has been said that a mattress brand offered Juan Carlos five million pesetas (from the eighties) to stay with the firm (spring, mattresses, ready). He rejected it because he preferred to keep his ideology intact: the citizen against the brand.

So his brother had done so far. “But one day Carolina told me that this auction could open the door of museums like the Reina Sofía to my brother’s work. That already convinced me,” says Fernando. The Reina Sofía Museum indicates to elDiario.es that they have not taken into account Muelle’s work in the reorganization of its permanent collection. In fact, they have no work of his. Too popular? By the way, Muelle never left his name on Serrano Street, where there were no abandoned places, or walls, in which he claimed to act so as not to disturb. As he himself said, his was “a decorative firm that does not generate expenses.”

Would your brother agree to this auction? “Bufff. It’s hard to tell, but I think he would be proud, because he was convinced that he would achieve more. He placed a lot of value on his creations. This Camp trip [barrio natal de los Argüello] to Serrano [en la casa de subastas] it is logical because it should be the first step of recognition. I know that there are people who do not agree with the auction, who say that he never sold work, but we must recover his memory. I do not know why I have not done it before, I imagine that for fear of what they will say. I do know that I don’t do it for money, “says Fernando, who works as a butcher in Boadilla del Monte and Fuenlabrada.

Consuelo Durán believes that Muelle’s recognition as the initiator of graffiti in Spain is pending and that the auction will help to establish her figure in the art preserved in the hands of collectors. It will break the niche of urban art, explains the gallery owner, to attract those investors who were contemporaries of Muelle, lived in the eighties of Madrid and “now they have another, more classic profile.” “Although he did not orient his work to the market, he was aware of its value and I hope that the institutions will wake up once and for all,” adds Durán, who prefers not to venture how far the price of the pieces will go. There is no antecedent.

The man behind all these rescue operations is Paco Reyes, known by his firm Pastron # 7, professor in the Department of Applied Communication Sciences at the Faculty of Information Sciences of the Complutense. He answers with less doubts than Argüello’s brother: “Juan Carlos would totally agree with the auction, because his figure is being forgotten,” Reyes comments. At the same time, he is preparing a documentary and a book, and he had the curation of an exhibition that was canceled due to Covid-19. In addition, it has digitized more than 3,000 photographs that Juan Carlos took during his assaults on the city. Reyes acknowledges that Muelle did not seek profitability from its work, but when a brand was put in front of it, it did collaborate. He did an ad for DYC, for example.

The first graffiti artist in Spain participated in Arco, in 1987, with the Estiarte gallery, for which he made a large canvas four meters wide by three high with his signature, although it was not sold. Too soon, it took three decades for the market to bring street graffiti to its salons. The gallery donated to the Museum of Contemporary Art in Madrid, in Conde Duque, the huge canvas of red and yellow tones that it does not exhibit. Fernando Argüello keeps capital museum pieces in a warehouse, such as the bike to which his brother attached a motorcycle suspension and earned him the nickname “spring.” Also a metal closure of a business that had been abandoned, in Camp, for twenty years and that thanks to it had kept the painting in perfect condition. A locksmith friend helped him cut it out and turn it into a painting, with a back made of metal frames. It hardly cost a new closure for the owners of the premises.

In this trip from poor neighborhood to rich neighborhood of the graffiti artist who opposed the market and defended himself against the brands by becoming one, not everyone thinks like the family, the environment and the market. Elena Gayo directed, together with Fernando Figueroa, the restoration work on the 1987 graffiti that is preserved on one of the walls of Calle Montera. They tried to get the Community of Madrid to declare it an Asset of Cultural Interest (BIC), but in 2011 the Directorate of Heritage refused the proposal. It did not seem to the Autonomous Administration that an essential character in the representation of the new individualities and freedoms of democratic Spain had enough interest to guarantee their protection. Elena Gayo squeaks Muelle’s arrival at the auctions because “it is a cultural object, not a commercial object.”

Gayo clarifies that Argüello’s actions were illegal works and that “he was competing against the market in a city full of advertisements.” “That’s why dragging Serrano out of the Camp is to empty him of content, because he understood that he had to enter the city without asking permission and conquer the spaces that no one came to, competing with the market and its advertising. market will not distort it. At an auction, graffiti loses all meaning and is turned into what it is not: neat art, “says the restorer and director of Mura Street Art Conservation.

“When you paint you feel alive and for a moment you forget that you are mass. In this city there is too much shit and too much loneliness. In this way, we give people a little of ourselves,” Muelle said in the documentary My signature on the walls, broadcast by TVE in 1990, anticipating any commercialization of his work. He preferred to give away to temper the demands of the city. That is why the work of Muelle sin la ciudad is denatured as graffiti. Maybe it can be seen as art. Gayo believes that these sketches are “dead papers”, because they have lost the context in which Muelle acted, essential to understand his actions, his identity, his experiences and the community in which he did it. That is why he insists that as an artistic asset it is highly debatable, but Muelle’s actions are undeniable as an asset of cultural interest.