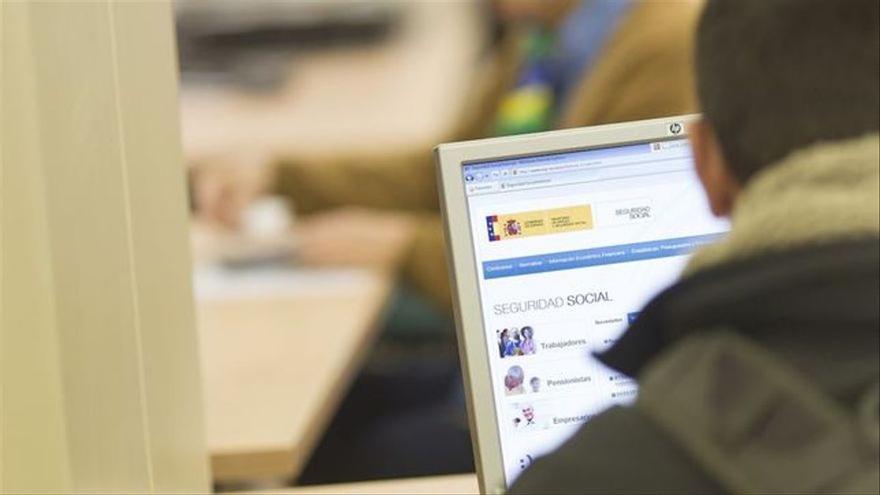 The alarms went off in July 2013 at the branch of Bankia from Martínez Izquierdo street, near Madrid's Las Ventas bullring. A woman went every month to collect the retirement pension for disability of a man who had not been through the bank for decades. The reason, according to the lady, was that her physical condition prevented her from traveling there and she had given her permission to do so on her behalf. The reality was that the man had died in March 1980 and since then this woman, a social worker at the hospital where he was admitted until his death, had collected more than 200,000 euros.

Now, as elDiario.es has learned, the case has been firmly sentenced by the Supreme Court. The judges have not had to study the sentence of two years in prison and a fine of 900 euros of the now octogenarian for crimes of falsehood and fraud, since she herself recognized the facts in the trial and asked for forgiveness after reaching an agreement with the prosecution. What they have studied and rejected is a resource of the National Institute of Social Security in which he demanded that Bankia be declared subsidiary civil liability, which would have made it easier for the public coffers to recover money that the convicted person, according to sources in the case, does not have.

The documentation of the case reveals that this woman was a social worker at the Alonso Vega Hospital, a center specialized in psychiatry founded in 1969 and named in honor of former coup minister Camilo Alonso Vega, although renamed in 2003 as Doctor Rodriguez Lafora Hospital. There she cared for, among other patients, a man who had been granted a pension for absolute disability since February 1977. The man died in March 1980 but the social worker, about to turn 40, came up with a plan that It would grant him a bonus until his own death: continue collecting the pension of the deceased.

No one had reported his death to Social Security, so the first thing the woman did was take the dead man's ID, his documentation and open a bank account in his name at the Caja Madrid headquarters in Las Ventas. For years he presented a forged letter in which the deceased gave him permission to withdraw that money. When the bank began to demand more evidence, the defendant also managed to get the Civil Registry to give her a life certificate. He got it, month by month, with the same method: with the DNI that had expired in 1979, a falsified authorization and the explanation that he could not go in person to do the procedure.

She was hunted down by Bankia in 2013. By then, according to the case documentation, she had already managed to collect 205,590.02 euros, making the bank and the various public administrations believe that the pensioner was still alive 33 years after his death. In the trial, he acknowledged the facts and asked for forgiveness and the Prosecutor's Office and the INNS notably lowered his prison request to one that would open the door to prevent entry into prison: 2 years in prison for fraud and falsehood, a fine of 900 euros and the obligation to return the money. She had already returned 20,000 euros and Bankia had returned another 37,600 more.

Since then, the fight has been between Bankia and the INSS. Social Security unsuccessfully tried to get the Madrid Provincial Court to declare Bankia subsidiary civil liability for the scam, understanding that it had been negligent in allowing the woman to collect money from a dead person for three decades. That would have made it more feasible for the INSS to recover the money swindled by the woman, but the judges refused to apply that sentence to the entity. A decision that, as elDiario.es has learned, has just been confirmed by the criminal chamber of the Supreme Court.

The sentence of the Provincial Court of Madrid that now confirms the supreme court rejected this INSS claim against Bankia. The judges understood that there is no evidence that Caja Madrid and Bankia did not demand sufficient evidence from the woman that the pensioner was still alive. There are documented, at least, 31 life certificate documents granted by the Civil Registry and delivered to the bank. "No other or greater evidence of survival of the pensioner is required from the bank," the Madrid court said at the time.

There is also no evidence that the bank account in which the money was deposited was opened in 1981 through some type of illegality. "Therefore, it is not observed that the banking entity failed to comply with any regulations regarding the accreditation of ownership of the bank account where the pensioner himself indicated the pension was deposited," the sentence pointed out. The judges pointed out, "what was previously called" opening card "where the identity data of the owner and his original signature appeared" was never contributed to the process.

That sentence, which is now declared final, even pointed out that the responsibility was not only of the bank. Not only was there no evidence of infractions by Bankia but, said that sentence, "we consider that in the possible lack of control of the survival of the pensioner, the National Institute of Social Security (. ..) and even the Civil Registry". Public administrations, recalled the Madrid Court, have the original duty to control benefits and the Civil Registry issued those certificates "without adequately ascertaining" that the man was still alive. Despite the fact that his death had been registered in the Registry itself.

It is what the Court defined as a "multiple responsibility of the aforementioned organizations and entities in the control of the survival of the pensioner", and what avoided the economic condemnation of Bankia in the case.

Once the sentence is declared firm, the uncertainty phase arrives. The woman, who today is over 80 years old, has a criminal record but is not computable and her sentence is just 2 years in prison, so she would not have to go to prison. But he still has to return almost 150,000 euros, in addition to interest, which he obtained over three decades and which, today, he cannot return to the public coffers according to sources in the case.

It remains to be seen if that has any influence on the phase that is now opening: the execution of the sentence. It is in the hands of Justice to decide if he can remain free or if he has to go to prison to serve two years in prison. The ruling of the Madrid Court does not specify that any non-payment of compensation translates into prison days, as is the case with the fine of 900 euros, but it remains to be seen if the accusation brought by the National Institute of Social Security requires that serve a sentence behind bars.

This is not the only case of this style that the Spanish Justice has studied in recent years. In February 2021, the Supreme Court imposed a sentence of 5 years and 7 months in prison to a Social Security official in Zamora who spent 16 years fraudulently collecting his deceased grandfather's pension, more than half a million euros in total. It was, precisely, the head of the pension control section of the INSS in Zamora.