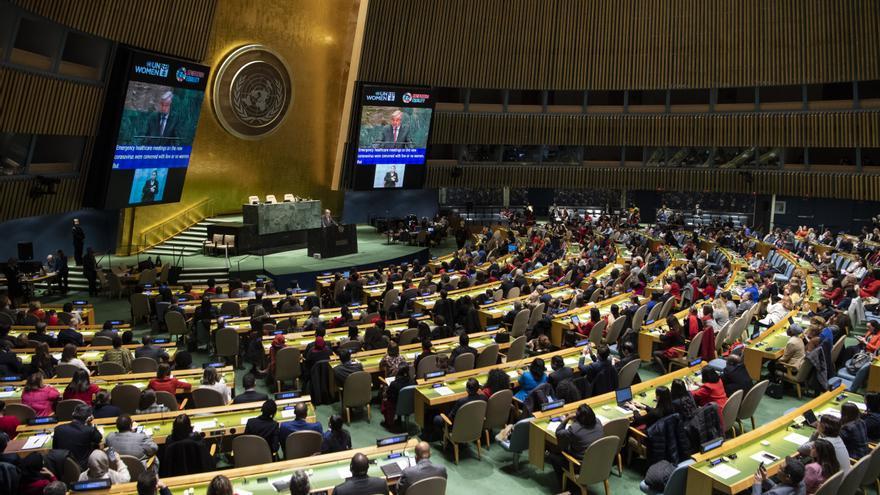 Today we have good news for hope: on January 22, 2021, the Treaty for the Prohibition of Nuclear Weapons enters into force. This Treaty was approved in the United Nations General Assembly by 122 votes in favor and was signed by 84 countries. Countries that have atomic weapons such as the United States, the United Kingdom, France, China or Russia (which are permanent members of the UN Security Council and have the right of veto) and NATO countries, including Spain, did not attend the vote of this assembly, have not signed the Treaty and they oppose it. Despite this, more than 50 States have already ratified it and today, January 22, 2021, the Treaty enters into force and becomes part of international law.

This Treaty is a victory for organized civil society: it has been the result of the International Campaign for the Abolition of Nuclear Weapons (ICAN), of which the International League of Women for Peace and Freedom ( WILPF), among many other organizations, is part of, and whose work was recognized with the Nobel Peace Prize in 2017. The text of the Treaty mentions the catastrophic consequences, in humanitarian terms, that the use of nuclear weapons would entail, mentions the impossibility of attending to the victims of the catastrophe and recalls that their use would violate International Humanitarian Law. Therefore, as of today nuclear weapons are illegal, it will be illegal to possess, develop, deploy, test, use or threaten to use them. This treaty provides a very valuable instrument to civil society to stigmatize these weapons and put pressure on governments. who have not ratified it to do so.

With the ratification of this Treaty, each State undertakes not to develop, test, manufacture, acquire, store, station, use or threaten nuclear weapons. Each State undertakes to eliminate its nuclear programs, to deactivate its nuclear weapons and to destroy them irreversibly. The treaty also obliges States to provide assistance both to victims and to the signatory States of the Treaty that are affected by its use and the restoration of the environment.

Spain and the EU countries have not wanted to vote on the text of the Treaty, or sign or ratify it, they have positioned themselves giving support to the countries that have nuclear weapons and in favor of their existence.

It is time for the Spanish Government to decide on which side of history it wants to place itself; Right now he is on the wrong side, he is with those who support the existence of nuclear weapons, with those who oppose this Treaty. It is time for our Government to support the global and legally binding ban on nuclear weapons. These are dangerous times and the existence of nuclear weapons and their evolution make them even more dangerous. It is imperative that we rid the world of these heinous weapons before they wipe out humans and millions of other living things on the planet.

It is time for civil society to pressure our Government and the EU rulers to sign and ratify this Treaty for the prohibition of Nuclear Weapons. We can also ask and pressure the mayors of our cities to join the Network of Mayors for Peace (Mayors for peace) that support nuclear-weapon-free municipalities.