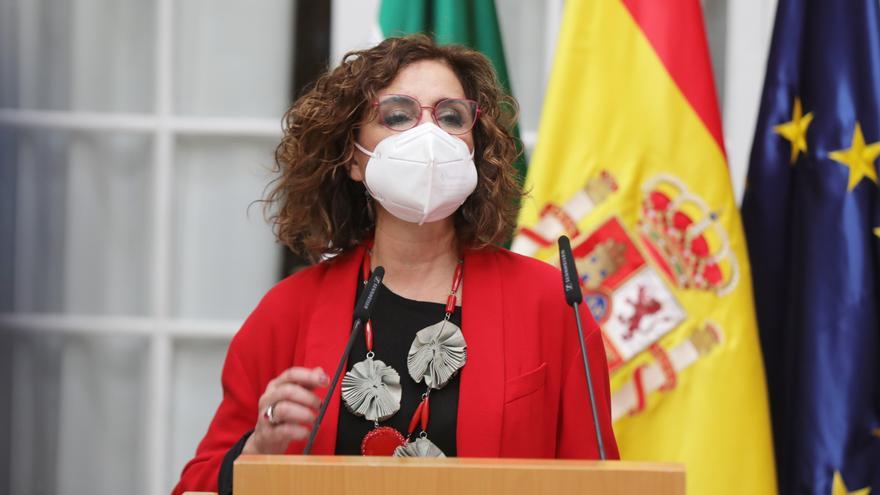 The Minister of Finance, María Jesús Montero, presented this Monday the composition of a committee of 17 experts who will have to draw up the tax reform to which the Government has committed, linked to the aid plan from the European Union. In an actp at the Institute for Fiscal Studies, the also government spokesperson has advanced that the first modifications to be made in this plan will be focused on corporate tax.

Montero has assured that “a large part of the countries” are “emphatically” in agreement to reform the taxation that business groups have and address the debate on the tax headquarters of companies and focus “on the place where profits are produced. In this sense, Montero has celebrated that “something is moving in the international sphere”, referring to the announcements made by the US or the International Monetary Fund in favor of increasing taxes on large companies and large assets. “With this pandemic we are aware of the importance of the public and the intervention of the State,” he said.

In this way, Montero has focused the first shot of the tax reform on this path, although he has assured that the objective is that this reformulation ends up affecting “all taxes.” The committee of experts that is now starting up will be chaired by Professor Jesús Ruiz Huerta and will be made up of 17 people, especially from the academic field. As Hacienda has advanced, the objective is for this group to work during the next year, to have a “white paper” ready on February 28, 2022.

Montero has advanced that, although the document will not be fully known in a year, during these months the committee will be able to issue different opinions on the tax reforms that must be undertaken with respect to different taxes. In this way, the minister has already pointed out that some of these changes, especially those related to corporation tax, could already be applied in the next general state budgets.

The minister has assured that the objective is to create a tax system “with an innovative look at the economy.” For this reason, he has ensured that in addition to reforming the tax figures that already exist, the possibility of creating new tax figures to adapt to a new digital economy will be addressed. “We must be able to guarantee that the tax system, in addition to being a guarantor of equality, accompanies our economic fabric to make the recovery more robust in the coming years,” he assured.

Ruiz-Huerta, who will serve as president of this committee, has assured that it is a “delicate moment” for the economy but that it is necessary to address “this controversial issue.” “The different perspectives that exist on it must be assumed,” he defended. In the same way, it has claimed that the objective of this reform must be aimed at the “proper functioning of public services.” Not forgetting, as he pointed out that “it is necessary to think about how to adapt the tax system to the demands of economic transformation” with “adequate financing”. “We believe that it is a necessary task and we hope to give a useful job,” he has settled.