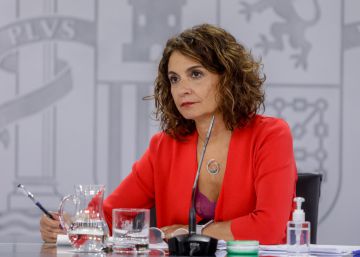 The coalition government formed by PSOE and United We Can has been advancing that it is willing to delay the progressive tax reform agreed in its investiture agreement in order to support economic recovery and achieve the maximum possible consensus around its General State Budget project by 2021. The text, in any case, could include “adjustments in some tax rates”, as acknowledged yesterday by the Vice President of Economic Affairs and Digital Transformation, Nadia Calviño, who added, in any case, that “no decision has been made within the Government ”regarding maintaining possible increases in personal income tax or wealth tax.

Calviño, who made these statements on TVE, asserted that any decision in this regard will be framed in the negotiation of the new accounts, led by the Minister of Finance, María Jesús Montero, who is, he said, who “has the overall vision on the multiple issues that are being raised ”in the tax field and that“ are being debated at this time ”. Specifically, from Podemos they insist on the need to impose increases in the tax pressure on high incomes already in 2021 to begin the tax equalization with the EU and obtain additional resources with which to face the pandemic.

“We are in the phase of preparing these Budgets, the Minister of Finance is finishing putting together the basic architecture and, at the moment, there is no decision taken regarding the issues that are being discussed with the different partners, with the possible partners that the Budgets support ”, stated Calviño, assuring that the priority of the accounts is that“ they allow us the economic recovery ”and“ the creation of employment ”.

Despite the uncertainty that still prevails regarding the support that the Executive will achieve, in a parliamentary minority, to promote the new accounts, the PNV spokesperson in Congress, Aitor Esteban, considered yesterday that the central government is in a position to approve Budgets “more easily than previously thought” and was very “optimistic” about the possibility of an early agreement. Although the calendar indicates that the 2018 Budgets, still in force, must be extended again at the start of 2021, this support would allow them to be replaced shortly after by new accounts.

Merkel agrees to raise the salary of German civil servants up to 4.5% in the next two years

The Government analyzes with entities, supervisors and Brussels to extend the terms in the ICO guarantees