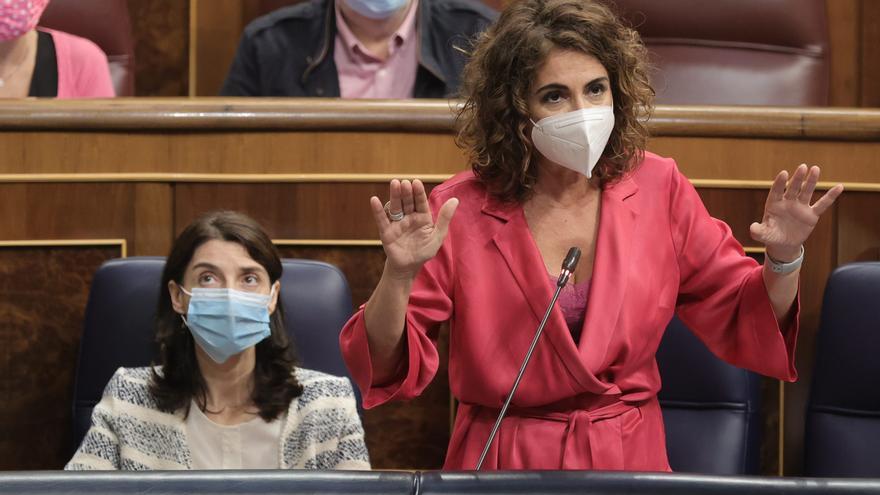 The Minister of Finance, María Jesús Montero, assured this Tuesday that the minimum rate of 15% in Corporation tax that has been agreed with United We Can for the General State Budgets will be applied to companies on the tax base and not on the benefit. This technical difference means that the impact on collection will be more limited than might be expected.

Montero has clarified it in the Senate, responding to a question from the PP, emphasizing that the measure will be based on the tax base. Popular Senator María Pilar Alía had asked her to clarify whether this agreed minimum rate was going to be calculated on the accounting profit, that is, the result of the company’s exercise, or on the tax base, which corresponds to that reduced profit with certain adjustments. and on which the payment of taxes is usually calculated. Alía had alerted the minister about how it would be possible for companies to face the tax bill if it was calculated on the profit.

Alía’s question was justified by the significant gap that exists in the statistics of the Tax Agency on the collection of Corporation tax in terms of the effective rate, depending on the tax base or the profit. In 2018, the first of these effective rates was 21.48% while in the second of the cases it fell to 9.49%. This gap is even wider when compared by type of company. The lowest invoice is paid by companies that invoice more than 1,000 million euros, with a level of 5.47% of profit, while some SMEs have an effective rate that exceeds 21%.

By setting the calculation of the minimum rate on the tax base, the result in the collection of Corporation tax would be more limited than if it were on the accounting profit. According to the aforementioned statistics from the Tax Agency, the average for each segment of company size is above 15% in all ranges. The lowest level is precisely in the case of companies with a turnover of more than 1,000 million euros, where the average is 19%.

“Do you mean with your question that if we apply the minimum rate of companies on the tax base and not on the accounting profit they will vote in favor of the General State Budgets?”, Montero has ironized before the question of the PP senator , to which it has replied that not from its seat. “Why doesn’t the PP follow its international partners who are promoting a 15% corporate tax increase?” The minister asked during her speech. “They intend to wear this government down by contradicting themselves at all times with what they vote in Europe and what they then do in Spain,” he stressed.

Montero has accused the PP of using “a new lie” to try to convey that the Government “is going to apply a policy that will affect the productive fabric.” “They oppose everything, their only interest is to make noise,” he added. “I hope that at least about this, you rejoice,” Montero has settled in his speech in the Senate, noting that the measure will affect the tax base and not the result.