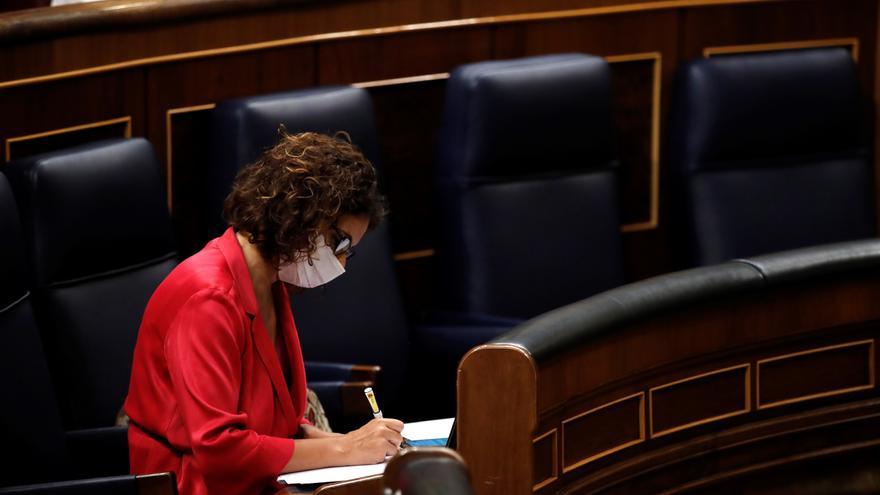 The Government rectifies after the parliamentary defeat last week on the spending of the savings of the municipalities. Faced with the rebellion of the municipalities, Pedro Sánchez has decided to back down. The Treasury will promote a new decree law with which it will suspend the spending rule, will extend the authorization for the investment of the surplus of local entities and estimates that it will inject some 3,000 million euros to the councils. This has been announced by the minister, María Jesús Montero, in Al Rojo Vivo (La Sexta) after having assured last week that she would not propose a new decree law to Congress.

Montero’s intention, of course, is to negotiate previously with the political groups to guarantee that he has the support tied up before taking the decree law to Parliament and avoid a new defeat. The idea of ​​the Treasury is to promote a new decree that includes most of the measures of the one that was defeated and that did have the support of the majority of parties. However, it leaves out what was the subject of controversy: the formula to allow consistories that have savings to spend them.

“This regulatory text, whose impact will exceed 3,000 million euros, will include the most urgent and essential measures for municipalities that have already been agreed with the Spanish Federation of Municipalities and Provinces (FEMP) and that apparently generated a greater consensus”, explains the press release of the Treasury on the decree law. One of the main decisions is the cancellation of the spending rule for 2020 in the line that the EU has followed. Montero’s intention is that it is also canceled by 2021. The spending rule prevents public administrations from increasing public spending beyond a reference rate, which is the one that will be canceled with the next decree. This measure was launched in the previous crisis, preventing municipalities and councils from increasing investment despite closing their accounts with a surplus.

Montero has explained that the decree law will have 85% of the measures that appeared in the teto that failed in Congress and was repealed, but that it will leave for subsequent negotiation the part in which the controversy has been generated: the investment of the remnants that the municipalities have in the banks without the possibility of being spent and that amount to about 15,000 million. The proposal that the Government put on the table and that had the rejection of all the opposition groups supposed that the municipalities with savings would cede them to the State in exchange for being able to spend 5,000 million in the next years. The rest would be returned to them within ten years. That route did not convince anyone – even socialist mayors accepted it reluctantly. In a negotiation in extremis With En Comú to avoid breaking the voting unit in the groups that support the Government, the Treasury accepted that the consistories without savings could benefit from a part of that fund, but it was insufficient to have enough parliamentary support.

As for the less healthy consistories, the Treasury ensures that local entities with financial problems will be able to pay their debts with the Tax Agency and Social Security with resources from the Organization Fund. “It will also allow local entities to cancel their debts from the Fund for Financing Payments to Suppliers by taking out loans with credit institutions. This measure will allow many municipalities to put an end to their adjustment plans. For entities that have problems of Solvency enables the consolidation of term debt into long-term debt to alleviate treasury tensions, “says the ministry.