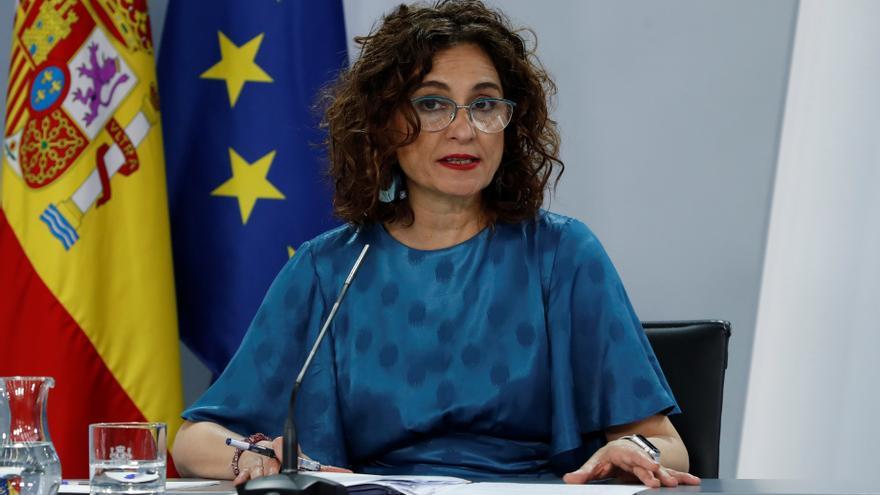 New twist of script in the agonizing negotiation between the Government and the mayors for the use of their savings before the economic reconstruction. The Treasury has had to move “in extremis” in the face of the evidence that the PSOE did not have support from the Governing Board of the Spanish Federation of Municipalities (FEMP), following the refusal of United We Can to accept the tax from the Ministry of Finance . The result: a fund of 5,000 million in lost funds in exchange for its remnants in the state coffers. The one that delivers, for example, 10 million euros, will also receive 5 to spend between 2020 and 2021 that will not count as a deficit. The rest will be returned to you within ten years.

All this after a resounding rebellion of the City Councils and a negotiation in which the Treasury refused to initially vary their starting positions, which led the municipalist group of IU-Unidas Podemos-Comuns on Thursday night to demand the withdrawal of the penultimate Finance offer and postpone the FEMP Governing Board to continue the talks. Otherwise, the brutes announced their vote against, which would have left the PSOE in the minority and without the possibility of taking the text forward either in the government body of the municipalities or in the Congress of Deputies, where the decree must be validated. .

And this happened at the same time that the head of the Treasury, María Jesús Montero, was also negotiating “in extremis” with the Lehendakari, Iñigo Urgullu, an agreement on the deficit path and the debt capacity of the Basque institutions to go to the summit of regional presidents in San Millán de la Cogolla. An entity that made it impossible to justify even more the inflexibility of the Government in the negotiation with the mayors, who are required to deliver their surpluses and the surplus to the State so that they can be administered by the Government of Spain.

In the end, the president of the FEMP, the socialist Abel Caballero, who has been more on the side of the Government than on the mayors, has decided to postpone for the fourth time the Governing Board scheduled for this Friday due to the lack of support and call it next Monday.

The purple ones requested, as it has been, that the draft agreement be returned to the Government with the commitment to resume dialogue and negotiation with broader and more plural interlocutions, both in the FEMP and in the Government: “It is so important to commit and involve all the political groups in the FEMP as a broader and more plural representation of the Government, incorporating other ministries. In this way, the Agreement will have a broader scope in substance and would not remain a short-term solution that raises more doubts than certainties. ”

Their complaints were shared by councilors of all colors, including socialists who in recent days had already assumed that they would have to vote on the text only for party discipline, but not because they were convinced by Montero’s conditions.

Even so, PP, Ciudadanos, Unidas Podemos, PNV, ERC and PdeCAT refused to accept the conditions of Montero’s proposal, by which the Treasury would keep the bulk of their savings in exchange for 5,000 million that the municipalities will be able to spend from their accumulated remnants. Neither the offer for the municipalities to receive funds from the distribution of the millionaire European aid and of which Spain will receive 140,000 million has convinced the councilors, since the Ministry had not quantified a percentage. Then he also offered a written commitment to address as soon as possible the reform of the financing law of local corporations, which mayors interpreted as a “long change.”

The municipalities have been asking the Government of Spain for years to allow them to use their savings, which total 18,000 million euros, but neither the Stability Law nor the Constitution – after the express modification of article 135 agreed in the previous economic crisis between the PSOE and PP– allows it. And Sánchez seems to have completely forgotten about the derogation he promised in his electoral program and captured black on white in his government agreement with Unidas Podemos. At most it had reached an intermediate solution that involves the municipalities creating a loan in favor of the State for the amount of their remnants, which would be voluntary and would generate a municipal debt of 15,000 million euros. In this way, the Treasury would deliver an income between this exercise and 2021 of 5,000 million. And the rest, 13,000, would be returned to him in the next ten years. Those conditions remain intact, but now they offer another 5 billion in lost funds.

And so far the last chapter of a soap opera, which will have a new installment on Monday with the new convocation of the FEMP Governing Board. Until then, Montero was “touched” and the role played by Abel Caballero was also questioned. To be continue…