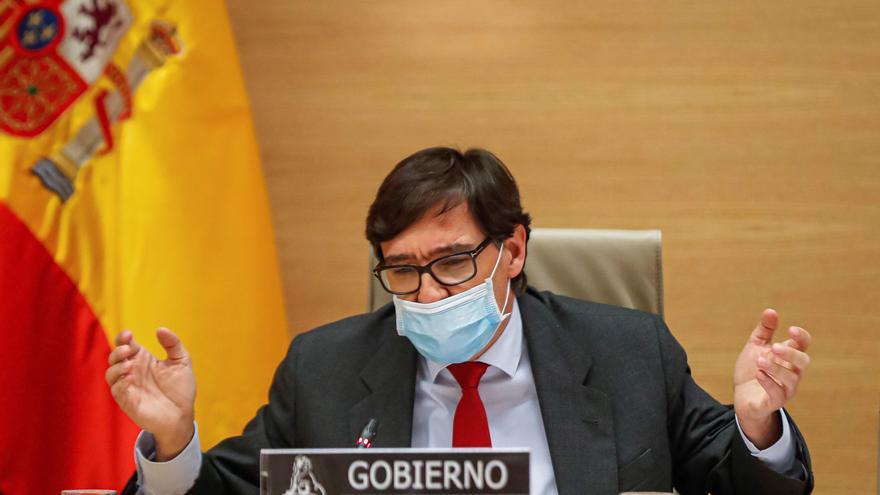 The Council for Transparency and Good Governance (CTBG) has ordered the Ministry of Health to release the names of the committee of experts that advises the Government on the management of the pandemic after the director of the Center for the Coordination of Health Alerts and Emergencies , Fernando Simón, refused to make them public. The body considers that the right to data protection is not violated and, on the contrary, it favors the control of public activity by citizens in “relevant decisions”, according to the resolution to which Europa Press has had access.

The CTBG has thus positioned itself in favor of a lawyer who asked Health to inform him about the number of people who made it up and to identify them by names and surnames. Specifically, the Transparency Council has given the Ministry of Health a period of ten days to forward this information to the lawyer, a decision that puts an end to the administrative procedure, but that can be appealed during the following two months before the central courts of the contentious-administrative of Madrid.

When asked about it, Silvia Calzón, Secretary of State for Health, has confirmed that she has received the order shortly before attending the press conference on Monday to update the data on the pandemic. “I have not been able to evaluate it. Other colleagues will be doing it,” he explained to the attending journalists.

The CTBG has rejected the argument made by the Directorate General of Public Health to withhold said information, stating that the fact that the names, surnames and number of experts who have performed functions in the framework of the management of the pandemic does not violate the right to personal data protection.

“Not only does it not threaten the personal data of those affected, but it contributes to the control of public activity and that citizens know the process of making relevant decisions regarding public health, especially in extraordinary situations, such as that produced by the Covid-19 pandemic “, has maintained the Transparency Council in its resolution, to which Europa Press has had access.

The General Directorate of Public Health, in a letter dated September 29, denied this information to the lawyer “for reasons of data protection”, alleging that the members of the expert committee are “public personnel who do not have the status of high position or executive staff”.

It was then that the lawyer went to the CTBG to force the Ministry of Health to hand over this information. “The truth is that if the list of experts is not provided to me or the Transparency Council, we will never know if what is indicated to me by the claimed entity is true,” he said.

In addition, the lawyer argued that “it is certainly surreal to maintain that the members of an expert committee are not formally senior positions or managers (…), because in good logic and at a practical and real level they are people who occupy a outstanding position, of consultation and decision, in a pandemic whose information is of public relevance “.

The CTBG has answered that it does not consider applicable “the limit of data protection invoked by the administration” because being “merely identifying data related to the organization, operation or public activity of the required body”, the Ministry of Health, ” the right of access to public information prevails “.

In this regard, he has cited a 2017 ruling from the Madrid contentious-administrative courts to highlight that the right to information is not only “essential” in democracy, but that “public administrations are financed with funds from the taxpayers and their main mission is to serve citizens, so all the information they generate and possess belongs to the citizen “.

The Transparency Council has also wanted to point out that “reporting on the number of experts cannot be considered contrary to that right (to the protection of personal data), as it is a mere numerical data without identification of any natural person”, and that it is irrelevant whether or not the experts hold a senior position.

He has also criticized that the Ministry of Health was delayed with respect to the legally established deadlines to answer the lawyer, since the response did not arrive until September 29 and the request was made on May 6, and that it did not make allegations before the CTBG .