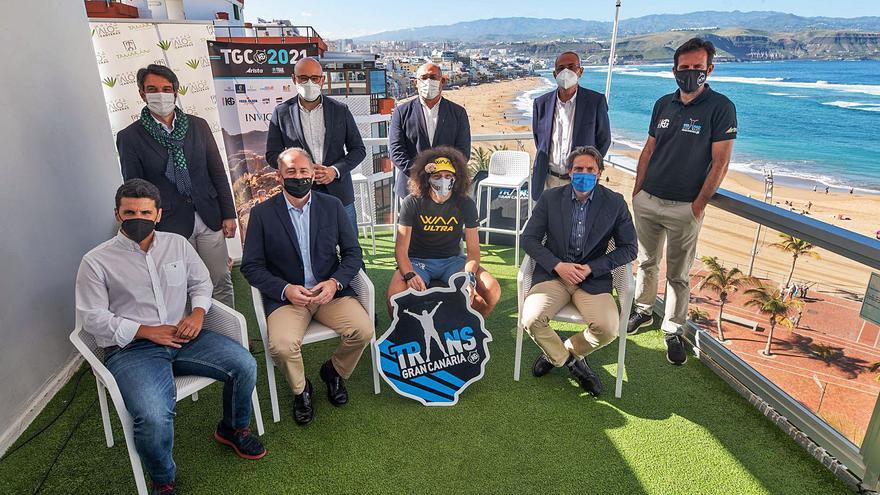 If the award ceremony to the participants of the last test narrowly escaped the State of Alarm, this year from the organization of the test, in the Arista Eventos laboratory, with Fernando González at the helm, they had to reinvent themselves in order to offer maximum security to the nearly 1,800 participants arriving from 45 countries that will start this week at the distances that the Transgrancanaria consists of, which in 2021 will be remembered for being the safest and the most complicated to perform.

Among the measures of the protocol that Arista has designed, “more special” than those that already exist to reduce the action of the coronavirus, stands out the new route of provisioning of the runners. “This time the product will not be taken directly by the person as years ago but it will be closed and he is already in charge of opening it,” explained the CEO of the test.

Likewise, the starting points of each distance of this Trans will be different from those of other years. “The runners are going to go out one by one from their drawers so that they do not have contact while waiting for the starting gun,” explained González. All this with transparent screens that will protect both event staff and participants.

For his part, Zoilo Alemán, Director of Expomeloneras y Congresos of the Lopesan Group, together with the First Deputy Mayor and Councilor for Sports of the San Bartolomé de Tirajana City Council, Samuel Henríquez, unveiled during the presentation of the Transgrancanaria 2021 held yesterday at the hotel Aloe Canteras, that the arrival point of this edition will also undergo changes to focus on the safety of all those present.

“In principle, if the San Bartolomé de Tirajana City Council gives the go-ahead, the goal will change from the Maspalomas Lighthouse to the site where the Circo del Sol was located – located in front of the Expomeloneras Palace-” , said the representative of the hotel chain, who at the same time stressed that: “Both the withdrawal of numbers and the goal will have sanitary measures never seen before in sporting events of this magnitude.”

Another of the aspects that caused the most headache during the organization of the test fell on the schedule. The Transgrancanaria, within its physical requirement, is a test that is competed at night. The 13 hours that the champions of the queen test of the race usually mark coincides with an arrival at the finish line in the morning to avoid the maximum incidence of the Canary sun. Taking this aspect into account, and setting 11 pm as the start of the race, it intervenes with the curfew measure imposed by the health authorities to reduce the risk of contagion among the population.

So what would happen to this incompatibility? Nothing that the regional government cannot solve so that one of the “most important races for the Canary Islands” takes place, as indicated by the general director of the Sports Department, Manolo López, about the Transgrancanaria. “An exception will be made so that it can run,” he said.

Four Kenyans in the marathon

Sarah Jerop, Monica Cheruto, Hilary Chirchir, and Ben Kimati Cematot. Four asphalt antelopes that want to prove themselves in the world of trail riding. The four Kenyan athletes, experts in classic marathons, seek to write their names at the top of the Transgrancanaria. The solidarity project

He is in charge of bringing them to the Island to generate “new professional opportunities for the athletes” of this African country. On Saturday the 27th they will witness the starting gun of the marathon that starts at 9.30 am in El Garañón bound for Maspalomas. A unique experience that you will live thanks to the collaboration of Casa África and the program, directed by Victor Navarro, of the athlete representation team