Waiters and cooks are the most scarce profiles. Although there are unemployed people, they do not fit with what companies are looking for. / CARRASCO

Entrepreneurs and unions from Tenerife and Lanzarote confirm a problem related to the departure of workers with covid, homelessness and complicated work shifts. The employers of Gran Canaria say that the problem does not occur on this island

In the Canary Islands there are about 30,000 unemployed people in the hospitality sector and yet, the sector "sees them and wants them" to fill certain vacancies, especially cooks and waiters.

Of the former there are currently more than 10,000 people unemployed and almost 4,200 of the latter. The question is the same as always
How is it possible that with such a number of unemployed there is no staff?

The president of the tourist association of Santa Cruz de Tenerife (Ashotel),
George Marichal, who is also president of the State Hotel Confederation (Cehat), assures that
during the covid many island workers returned to their places of origineither on the peninsula or in other countries, and now, two years later, they choose not to return.

There were also workers who, after going to the ERTE, decided to be employed in other sectors and today have left tourism.

These profiles are currently difficult to cover for people who are unemployed on the islands due to lack of qualifications.

In this sense, Marichal places special emphasis on
languages. He says that the sector has been making efforts to improve the training of workers for a long time, however, most of the staff still lack languages.

The lack and price of housing, a problem for the staff

In the same sense, the president of the Tourist Federation of Lanzarote (Asolan) expresses herself,
Susana Perez, who considers that despite the high unemployment of the islands there is a lack of personnel to fill vacancies because there are deficiencies, such as languages. "Sometimes we see each other and we wish to find," he says.

In the specific case of Lanzarote, he considers it essential that dual vocational training in hospitality be launched "once and for all" in the Zonzamas center. “It is not possible that an island that lives eminently from tourism lacks this,” he indicates.

Perez points to
an added problem for workers to move from other islands, regions or countries: housing. "Irregular vacation rentals have grown again and reduced the residential supply, which is becoming more expensive," he says.

In Gran Canaria, however, the president of the Federation of Hospitality and Tourism Employers (FEHT) of Las Palmas,
Jose Maria Manaricua, rejects that this problem of lack of personnel is occurring. "Right now that problem does not exist," she says bluntly.

The General Secretary of the Grassroots Unionists -the most representative organization in the hospitality sector in Tenerife-, Manuel Fitas, points to three causes that explain the lack of personnel.

«With the ERTE many people adapted to live better even if they were charging less. Others returned to their regions or countries and have not returned and others changed sectors, such as agriculture, and have realized that although they earn less they have better living conditions, "says Fitas.

ensures that
working every weekend, doing night shifts and having split schedules makes many people opt for other sectors Even if they have less salary.

It also points to the housing problem in the south of the islands, which forces many workers to travel long distances and with split shifts to go to work. "Municipalities have to act and respond to these workers," he says.

In the same sense, the general secretary of the Federation of CC OO-Canary Islands Services, Borja Suárez, expresses himselfwhich points out that many workers left the sector with the ERTE and the covid and have realized that although they earn less, they have a better quality of life.

In any case, remember that the hospitality sector in Las Palmas has frozen salaries since 2019. "With the rise in the SMI there is not a big difference, so many do not want to return," he says.

The Secretary of State for Employment: "Pay more and there will be workers" 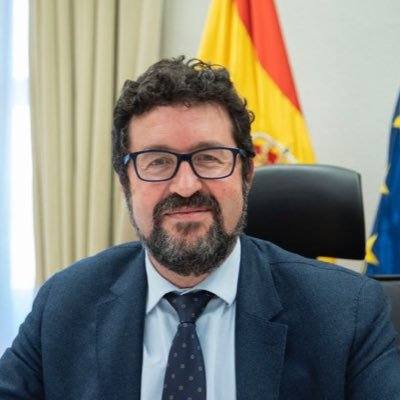 The Secretary of State for Employment, Joaquín Pérez Rey, sent a message this week to employers in the sector in Spain and encouraged them to pay "adequately" in order to find workers. "Some of the vacancies that are occurring in specific territories in the hospitality industry have to do with not paying enough, there are no breaks, the days are exhausting and workers cannot reconcile personal and family life," said Pérez Rey . In his words, the solution is to pay properly and comply with the working day.

Hotels launch an offensive to get off Booking

The increase in the SMI reduces households living with less than 1,000 euros to a historical minimum

Hotels launch an offensive to get off Booking