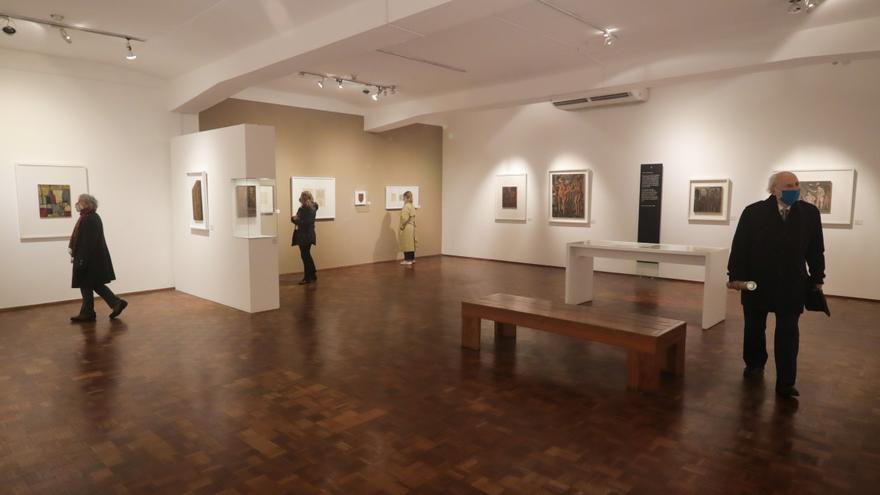 Montevideo, Jul 28 (EFE) .- The Torres García Museum, a space dedicated to preserving part of the legacy of the Uruguayan painter and creator of Constructive Universalism, has celebrated its 30 years of life this Wednesday with a simple act in which numerous personalities of the scope of the culture of the South American country.

At 107 years of age, his then widow, Manolita Piña (1883-1994), managed to realize on July 28, 1991 the dream of gathering in a reference center in Montevideo the collection of Joaquín Torres-García (1874-1949), the artist who “changed the history of art in this country”, in the words of Alejandro Díaz, director of the art gallery.

The great-grandson of the painter with Catalan roots has indicated that the influence of the legacy of Torres-García’s work “was and continues to be very significant” for the society of Uruguay, the country where the artist was born and died, who lived in places like Spain, United States or France before returning and founding the pictorial workshop that gave rise to creators such as José Gurvich, Gonzalo Fonseca or Julio Alpuy.

At 30, the Torres García Museum faces the present and the immediate future with “fragility”, increased by the pandemic, which forced the center to be closed for a year and a half, as explained by Jimena Perera, president of the Torres García Foundation and also the artist’s great-granddaughter.

However, he points out that this situation should open “an opportunity for dialogue” with the institutions to seek support.

For his part, the Minister of Education and Culture of Uruguay, Pablo da Silveira, stressed that his portfolio intends to continue supporting this privately managed art gallery, under an agreement with the State, considering that Torres-García is “the emblem of Uruguayan culture “.

“It is one of the great treasures of Uruguayan culture, not only because of what he painted, but also because of the experience of Taller Torres, which was a workshop that trained many people. Many of them continued to paint in the manner of Torres, others did their parricides and ended up moving away from their way of painting, but both owe a lot to the teacher, “he detailed in statements to Efe at the end of the event.

Da Silveira comments that her portfolio is working on a battery of measures to support culture, so “hit” by the pandemic and that, at the same time, it presents a “very positive outlook ahead”, because, she says, people want to leave to the street to consume culture.

The Torres García Museum, located in the historic center (Ciudad Vieja) of Montevideo and one of the most visited by international tourists, includes plastic work (paintings, drawings and watercolors) and 12,674 handwritten documents (letters, artist’s books and essays) .