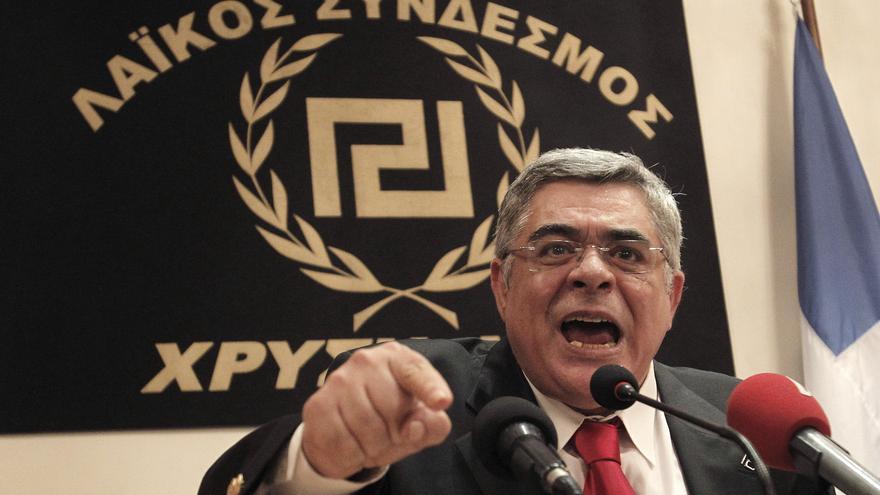 The Athens Court of Appeals on Wednesday handed down 13-year prison sentences for the leader of the Greek neo-Nazi formation Golden Dawn, Nikolaos Mijaloliakos, and the remaining six members of the leadership, a week after find them guilty of training and directing a criminal gang.

The court also sentenced the murderer of anti-fascist rapper Pavlos Fyssas, Yorgos Rupakiás, to life imprisonment, who confessed in court and whose case triggered the trial. In addition, he imposed ten years for joining a criminal organization.

The sentence coincides with the request of the Prosecutor’s Office and remains two years below the maximum prison sentence for this type of crime. For now, it is not known whether the convicts will immediately enter prison, as the court will have to debate the defense’s requests to suspend the execution of the sentence for the duration of the appeal that the lawyers plan to present immediately.

It is a decision that makes history in Greece and in the anti-fascist movement, on the understanding that the crimes committed by members and militants of the neo-Nazi political party, which became the country’s third political force, were carried out under the protection and orders of Golden sunrise.

The trial, which has dragged on for more than four years, will continue for the rest of the 43 defendants and confirms the banishment of Golden Dawn from Greek politics. The organization abandoned the national institutions in the last elections, when it did not reach a significant percentage of votes to obtain representation in the Greek Parliament. In 2012, during the country’s financial crisis, Mijaloliakos’ organization won 18 seats and rose as the third political force in the country.