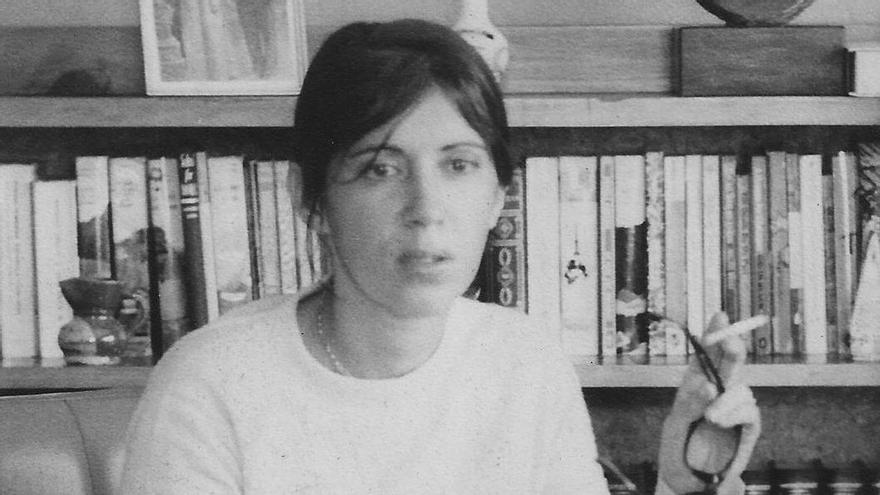 The Tomás Morales House-Museum of Moya opens on February 19, at 11:00 am, the bibliographic and documentary exhibition ‘Natalia Sosa Ayala: Reborn the same‘to show the creative trajectory of one of the most original and profound voices in the Archipelago’s literary creation and whose work represents one of the greatest contributions of Canarian literature during the second half of the 20th century.

The exhibition, which can be visited from free of charge until December 31 in the aforementioned center belonging to the Ministry of Culture of the Gran Canaria Cabildo, from Tuesday to Sunday from 10:00 a.m. to 6:00 p.m., it is framed in the Canary Islands Day 2021, an initiative that the Government of the Canary Islands dedicates to the figure of This writer was born in Las Palmas de Gran Canaria in 1938 and died in the same city in 2000.

This exhibition, curated by the director of the aforementioned museum, Guillermo Perdomo, and by the technical specialist in Library, María del Rosario Henríquez, has the collaboration of the Casa de Colón, the León and Castillo de Telde House-Museum, the Insular Library de Gran Canaria, The Canarian Museum, the State Public Library and the University of Las Palmas de Gran Canaria Library.

Divided into four sections, it is exposed, first, the prince editions of his prose and poetry, ‘Stefanía (1959),’ Letters in the twilight ‘(1963),’ From my loft and other articles. Neurosis. Letters ‘(1996),’ Girl without a name ‘(1980),’ Self-portrait ‘(1981),’ December (1992), ‘When the shadow is late’ (1999) and her latest collection of poems published by the Department of Editions of the Cabildo de Gran Canaria, with which he closes his literary career and which he prepared for publication before his death ‘Los poemas de una mujer stateless’ (2003).

To these are added a compilation of poems, stories, interviews and scattered opinion articles published in different magazines or newspapers such as Mujeres en la Isla, Fablas, Aguayro, La Plazuela de las Letras and La Provincia.

Secondly, works on Natalia Sosa Ayala and anthologies are exhibited where her poetic production is included and, thirdly, visitors to the exhibition can see facsimiles, magazines and catalogs.

Finally, there are also books on display dedicated by the author to writers and artists that come from the different bibliographic collections of private libraries that are part of the Archive-Library of the House-Museum (Lázaro Santana Library, Tomás Gómez Bosch Library and Biblioteca de Carlos Suárez) and various documents from the Gran Canaria Island Library, among which stands out a letter sent by Natalia Sosa to the poet Fernando González dated 1966.

Also present are documents from Pedro Perdomo Acedo’s personal Library, provided by one of his grandchildren, among which are Natalia Sosa Ayala’s letters sent to the poet from London in 1961, a business card, press articles, dedicated books and the typescript of his first novel ‘Stefanía’.

In this section, graphic illustration, both in books and in magazines, stands out among others the book ‘Stefanía’ (1959) with a cover by Pepe Dámaso, plus the seven interior illustrations made by the painter for the edition, as well such as the illustration also made by Pepe Dámaso for two prose texts by Natalia Sosa Ayala, ‘La rama’ and ‘La retreta’, published in number 55 of 1959 of the magazine Mujeres en la Isla referring to one of the best known traditions Canary Islands, the festival of La Rama in Agaete.

The large sample that houses the Moya museum center is completed with iconography of the writer, such as photographs, portraits and cartoons.

And this year the chosen one was Natalia Sosa Ayala, who was born in Las Palmas de Gran Canaria on March 27, 1938. She was the daughter of the writer Juan Sosa Suárez and grew up in an environment of love for culture and letters and of commitment social and intellectual, as explained by the professor of Spanish Language and Literature Sonia Vaquero González in the text of ‘Constellations of Canarian Writers’.

Sosa began at an early age to publish his first compositions in the local press and at just 17 years old he published his first novel ‘Stefanía’. In 1956 he began to actively collaborate with the Guiniguada and Mujeres en la Isla magazines with poems, stories, literary criticism and opinion articles. In 1961 he moved to England and it will be on his return, in 1963, when his second work, ‘Letters in the twilight, an atypical novel, is released.

In 1970 she began to work at the Claret school, details Vaquero, with whose collaboration she published her first poetic book in 1980, ‘Girl without a name’, and a year later her second collection of poems ‘Self-portrait’ appeared, consolidating her as one of the most original and profound voices of Canarian literature of the moment.

‘When the afternoon is shadow’ is her latest collection of poems and ‘The poems of a stateless woman’ appears posthumously as a compendium that the author makes of everything that her life and poetic trajectory entails. Her literary production goes hand in hand with an intense work as a collaborator in the opinion sections of the newspaper La Provincia where she makes clear her commitment to social reality, concludes Vaquero.

The choice of this day, as a commemorative date, is due to the fact that that same day of the year 1813 took place in Las Palmas de Gran Canaria the death of José de Viera y Clavijo (1731-1813), a multifaceted Canarian author who is a clear exponent of our literature and that connects with various areas of knowledge.

With the institutionalization of the Canarian Literature Day, the Government intends to recognize the work carried out historically by Canarian authors dedicated to any facet of culture, in the conviction of the important value that the knowledge of their writers, researchers has for the community , critics, editors and, in general, all those people who in one way or another are part of the book sector and who help the cultural development of the Islands. For this reason, each year is dedicated to one or more authors who transmit the values ​​that the Canarian community wants to prevail.