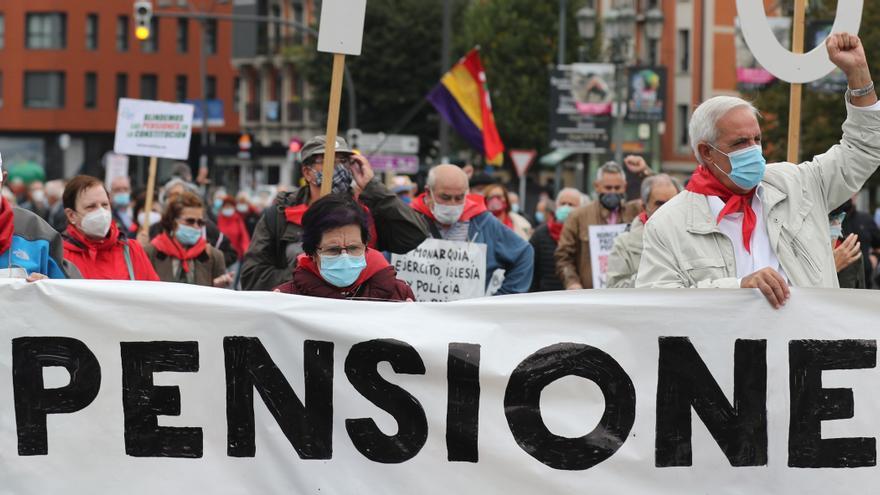 The Toledo Pact has closed its recommendations on the reform of pensions. It took a lot to read this sentence. It took four years of meetings, many negotiations, some that caressed the agreement without reaching it at the last moment, and finally, this Friday, October 23, the parliamentary commission that serves as a guide on the future of the public pension system has managed to comply with their mission, as confirmed within the Pact. Among the recommendations, the commitment again to the annual increase in pensions based on the CPI, which pre-arrangement was already achieved in 2018, the cleaning up of the Social Security accounts through the so-called “separation of sources”, which takes out various expenses from its accounting, and that the State supports the system through direct transfers instead of through loans, so as not to increase your debt if necessary.

The commission has ended the negotiations on the text this Friday, with a score of recommendations, and now gives way to the position of the parliamentary groups, which forward the document to the Pact Commission for public debate and a vote on it. which will happen next Tuesday. Parties can support incorporating individual votes if they do not agree with part or all of the recommendations. Finally, the text is sent to the Plenary of Congress for a vote.

This Friday is a date to remember in the Toledo Pact, the parliamentary commission created in 1995 with the objective of getting pensions out of the political struggle and that in recent years was far from this goal, for which the different parties try to put aside the fights that resonate every week in the plenary sessions of the Chamber to try to agree on the future of the public pension system, a fundamental pillar of social protection of the State. This guide usually works as a basis for the governments of the day to legislate in this regard, after also negotiating with the unions and employers, so that pensions have political and social support.

This is what the coalition government of Pedro Sánchez intends to do as soon as possible and, specifically, Minister José Luis Escrivá, who will be in charge of undertaking the new reform of the system. The head of Social Security intends at least to be able to approve the new mechanism for the annual revaluation of pensions before the end of the year. Thus, the rise in 2021 would already operate according to the new regulated mechanism – linked to the IPC – and through legislative ‘patches’ to the 0.25% system approved by the Government of Mariano Rajoy, as has happened in recent years.

Recommendation 2 addresses this issue: the Commission defends the maintenance of the purchasing power of pensioners and “their guarantee by law”. The text contemplates that the annual revaluation of pensions “based on the real CPI” is like the mechanism that must serve to preserve the purchasing power of pensions, according to the draft to which elDiario.es has had access. Thus, the formula that was pre-agreed in 2018 is repeated and that some parliamentary groups interpreted differently as to whether the CPI would be the only indicator taken into account or some more could be considered, such as GDP growth, for example.

Guarantee the system in the medium and long term

The document includes a score of recommendations that address different specific aspects of the pension system and also more broadly the Social Security that supports it, with the premise of guaranteeing the future of the public pension system in the medium and long term . In fact, the text includes a “zero recommendation” in which they underline the rejection of the Toledo Pact to a “radical transformation” of the system that breaks with its principles, solidarity, sufficiency and equity, among others. Despite this central defense of the public pension system, the commission is also committed to advancing in complementary systems, especially in the work plans that are agreed between companies and workers.

Minister José Luis Escrivá has insisted a lot on the need for the Toledo Pact to close its recommendations to give “certainty” to the public about the sustainability and future of public pensions. The recommendations address through several measures one of the main concerns about the system: guaranteeing its resources, financial sustainability that guarantees the payment of pensions not only today, but in the coming decades. The Toledo Pact calls for “ending the financial deficit of Social Security and the system’s loan policy in a short period of time that may not exceed the year 2023.”

For this, the document proposes the “separation of sources”, by which numerous expenses that are usually called “improper”, would come out of the Social Security accounts, fed mainly by social contributions paid by companies and workers. These are, for example, aid for hiring companies, benefits related to the birth and care of children and operating expenses of the Social Security, among many others. In total, Minister Escrivá estimates that these improper expenses amount to 23,000 million euros. On the separation of sources, there was already enough consensus for years, but since the recommendations of the Toledo Pact were not issued, no further progress had been made on it. The Government intends to undertake the transfer of a large part of these expenses in the General Budgets of 2021.

The commission also considers that the financial sustainability of the pension system “requires that, gradually “progress is made to the contribution of the self-employed according to their real income and” analyzes the convenience of releasing a significant part of the contributions “for unemployment” to reinforce the financing of the common risks “that the pensions bear. The latter is a recommendation from AIReF to guarantee the sustainability of the pension system when the Independent Fiscal Authority was headed by the current Minister Escrivá.

The recommendations also address the situation of the Reserve Fund, the so-called ‘pension money box’, 90% emptied during Rajoy’s mandate before the great deficit faced by the Social accounts. The Pact highlights that “once the balance of the Social Security accounts is recovered” the text states that “the rule according to which surplus contributions, without any limit, must be incorporated into the Reserve Fund” and advocates “establishing a minimum remainder of the Reserve Fund.”