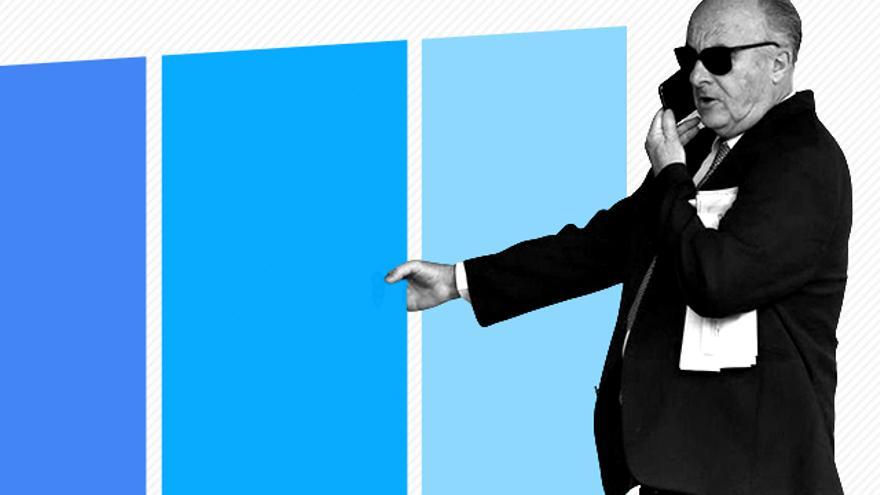 Three judges of the Third Section of the Criminal Chamber will decide whether the Kitchen case should be limited to the sabotage of the case of box B of the PP, devised and developed within the margins of the Ministry of the Interior, or whether to continue investigating the alleged involvement of the party leadership, to which the major beneficiaries of the operation belonged. This week they have finished presenting the pending appeals against the order of Judge Manuel García Castellón that ended the investigation, a decision that accusations and defenses agree to consider “hasty” and a “false closing”.

In its brief, the Anticorruption Prosecutor’s Office recovers the evidence that the judge has dismissed against Mariano Rajoy and María Dolores de Cospedal, as well as other doors that the magistrate García Castellón closed. Among them, who is behind the false priest who assaulted the home of the Bárcenas or the clarification of “one more phase” of Kitchen developed inside the jail where the ex-treasurer of the PP remained in preventive detention.

The Prosecutor’s Office and the popular accusations, exercised by PP and PSOE, have decided to appeal before the Criminal Chamber, the higher instance to García-Castellón. The Section that resolves appeals against the magistrate’s decisions in the Tandem case is the Third, chaired by Magistrate Alfonso Guevara. This section has already corrected in the past relevant decisions of García Castellón, among others the one to withdraw the condition of injured Pablo Iglesias in the Dina case.

Sources of the National Court consulted by elDiario.es do not dare to approximate the date of resolution by the Third Section on Kitchen’s indictment, while recalling that it is still pending that the same Section rule on the resolution equivalent in the aforementioned case Dina, dictated by García Castellón in October 2020.

The Anticorruption Prosecutor’s Office recognizes in its letter that there are not the same indications in the case against those responsible for the Ministry of the Interior as against María Dolores de Cospedal, general secretary of the PP. He adds that the curator’s recordings and notes show the “interest” that the number two of the PP at that time had in knowing everything that the ex-treasurer could hide or the advances in the investigation of box B. But between that “interest” and the “knowledge and political sponsorship of Operation Kitchen there is a stretch”.

It is then that the specialized unit of the Prosecutor’s Office projects the most serious doubt about the judge’s actions: “What seems to be that this step is not being taken. There is a resounding refusal to continue investigating in that direction, as if a cordon or unacceptable red line that could not be crossed in the investigation. Kitchen, in the instruction, is nothing more than this, is said by the instructor after describing the facts that were already known at the beginning of the formation of this separate piece number 7 “.

In this sense, prosecutors recall how the judge responded in October 2020 that before indicting Cospedal and her husband, Ignacio López del Hierro, they had to ask the number two of Interior Francisco Martínez for the knowledge or participation of both in the plot, but that when the moment of his statement arrived and only he had the opportunity to ask Martínez, who refused to answer the prosecutors, García Castellón did not make a single comment. single question about it. And that Martinez had left in writing in one of the messages that were seized that Cospedal’s knowledge of the Kitchen was “easy to prove.”

In addition to resorting to the “multiple indications” in the summary to continue the investigation of López del Hierro and Cospedal, Anticorrupción asks the Criminal Chamber to correct García Castellón’s error in not citing the Director General of the Police in the moment of espionage to Bárcenas, Ignacio Cosidó.

It is the Minister of the Interior of the time, Jorge Fernández Díaz, who in his appeal against the closing of the investigation He points to the PP leadership in what is presented as the definitive break with the party that keeps him suspended from membership. “It is clear that the origin of the Kitchen operation was not related to or affected the Ministry of the Interior. And it is obvious that Mr. Bárcenas was treasurer of the Popular Party, not of the Ministry of the Interior and did not depend on or was linked to said Ministry,” he explains the appeal of the defense of Fernández Díaz.

That Popular Party is the one chaired by Mariano Rajoy, one of Fernández Díaz’s great friends, at least then, and another of the links that the judge cuts in the chain of investigation, according to the Prosecutor’s Office. Anti-corruption wants to continue inquiring into the telephone numbers that Villarejo provided, those to which, according to his account, he wrote to personally inform the then Prime Minister of the progress of the Kitchen operation. Internal Affairs was awaiting information from the telephone companies on said terminals when García Castellón surprisingly closed the investigation, as shown by a report from the police unit that is working on the summary.

The Anticorruption Prosecutor’s Office does not give up in its attempt to clarify who may be behind Enrique Olivares García, the man who, disguised as a priest, kidnapped the Bárcenas family. “Can’t be ruled out [dicen los fiscales] that the assault on the home of Luis Bárcenas’ family, which occurred on October 23, 2013, a date that coincides with the full development of the surveillance operations deployed by the UCAO as an essential part of Operation Kitchen, was directly related to this and it would have also been planned and directed by the State security services, by obeying the assault on the same objectives of seizing the documentary material that could be found in the possession of the former Treasurer of the Popular Party “.

Anti-corruption detects a series of irregularities in the filing of this case and details them in its writing. A judicial commission, in which the Prosecutor’s Office and also Judge García Castellón and a forensic doctor from the National Court participated, visited Olivares in prison on January 29, 2020, after having suffered a stroke and his physical and mental faculties were impaired. A report was commissioned from the doctor of the judicial procession, who had access to the inmate’s psychiatric file in prison. The doctor fell ill before issuing it and in October the judge summoned the inmate to the National Court. With a report from another coroner, he shelved the case due to the impossibility of Olivares being able to testify.

This September it was known that the Prosecutor’s Office had requested the summons as a defendant of Olivares and that the original forensic doctor of the case be required to submit the pending report. García Castellón dispatched the matter relying again on the express report that served for the archive and rejected the Anti-Corruption request.

The false priest, who was described as a homeless man with impaired mental faculties during the trial for the assault, has received continuous income to his account from the money of the prison whose origin the Prosecutor’s Office wants to determine, as well as the identity of the policemen who they visited Olivares in jail once he was convicted and why they did it.

Likewise, the prosecutor wonders about the “plurality of lawyers” who have assisted a person apparently without resources and is especially interested in one, Andrés Ruiz Cubero, whose brother Javier has been a companion of Villarejo’s prison in the Estremera civil servants’ module. . Javier Ruiz Cubero is being investigated for his participation in the plot to sell documentation that the commissioner would have directed during his time in provisional prison. Prosecutors also want an inmate who used Penitentiary Institutions as a sort of translator for Olivares to testify as a witness, who could barely communicate but who interacted with that inmate.

The Prosecutor’s Office also asks to continue investigating the figure of Isidro Sánchez Suárez, the Colombian inmate whom Bárcenas assures that he resorted to delete recordings in the cloud that compromised Mariano Rajoy and Javier Arenas in box B of the PP. Anticorruption suspects that Sánchez Suárez ended up being inside the jail a mole of the political brigade that executed the Kitchen inside Soto del Real as was the driver Sergio Sánchez outside and that he must testify as a defendant, another of the proceedings denied by the judge to the close the statement.

Prosecutors present a series of lines of investigation regarding Sánchez Suárez on which the Criminal Chamber must now decide and which were unknown due to García Castellón’s decision not to transfer the parts of the brief requesting the proceedings of the Prosecutor’s Office in July, before the indictment. For example, prosecutors want to know why agents of the General Information Commission, the antiterrorist structure, made inquiries in the databases about an individual whom Isidro Sánchez denounced for the theft of part of the amount of money previously The Colombian’s father had handed over this denounced person.

In this sense, they want the prosecuted commissioner Enrique García Castaño, former head of the UCAO, to testify on this matter, and that his second then, Mariano Hervás, on whom the prosecutors consider that there are plenty of evidence in the summary to be imputed, statement is taken as investigated.

Anti-corruption considers that there could be six police informants in the Kitchen operation that are still unidentified. Judge García Castellón refused to request from the Deputy Police Operational Directorate the documentation that had already been declassified that could clarify it on the basis, prosecutors say, of “unjustified haste, with the intention of subordinating the needs of a thorough investigation of the complexes. criminal acts of part 7 to formal and rigid compliance with a perfectly extendable procedural period “.