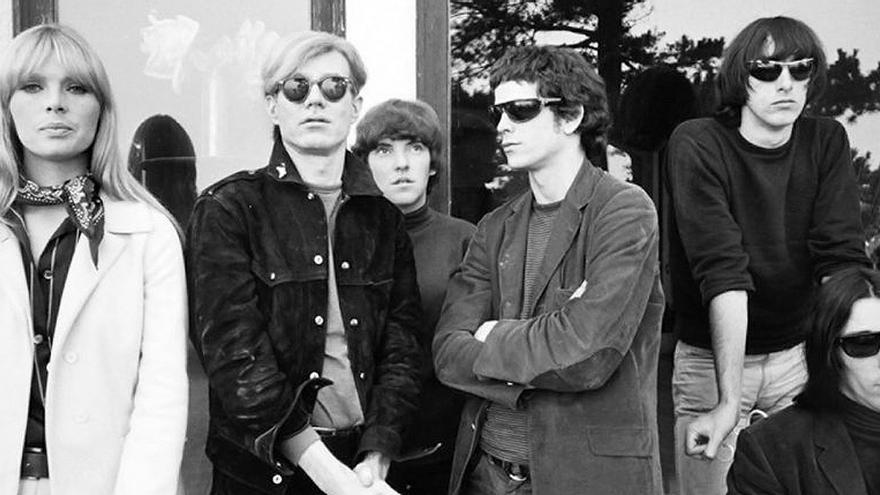 In 1969, the spiny Jonathan Richman He was 18 years old and moved from Boston to New York after listening to the first two Velvet Underground albums. Back home, he instantly formed a band, The Modern Lovers, and also got John Cale to record some demos for them in 1972. Then they separated, reformed and released their first album in 1976, with part of the material with Cale. Richman was influenced by Velvet and he ended up influencing new wave and punk. Model transmission belt.

The sound of the ‘noise’ scene is closely related to the sound experiments of Reed, Cale and company. Sonic Youth, the most ‘noise’ band of the 80s, created a very personal style, but it is not difficult to trace, in terms of the layers of instruments and melodic treatments, the tracing of the Velvet. In addition, they covered ‘European son’; Lee Ranaldo offered his vision of ‘Stephanie says’ in the third volume of’ Heaven and hell ‘and, in the recently released tribute album,’ I’ll be your mirror. A tribute to The Velvet Underground & Nico ‘, Thurston Moore performs’ Heroin’ with the collaboration of Bobby Gillespie of Primal Scream.

The New Jersey band has covered throughout its long history – they debuted in 1980, disappear, reunite, disappear again, have had parallel groups like The Trypes, Yung Wu and Wake Ooloo – Neil Young, Beatles, Rolling Stones , The Stooges and Jonathan Richman, but her confessed heroes are the Velvet. In one of their maxis they performed a playful version of ‘White Light / White heat’, but their best tribute to the band is in the reading of ‘What goes on’ appeared on their third album, ‘Only life’ (1988). The Feelies’ second drummer, Stan Demeski, later went to Luna.

Generationally, every new New York band has something to do with the Velvet. Luna, led by Dean Wareham (ex Galaxie 500), was based on a guitar game close to that of The Feelies and inspired by Television, but the influence of Reed’s group is palpable in their most unbridled songs and in their pop filigree. The group was the opening act for Velvet when they returned to the scene in 1993. Sterling Morrison participated in ‘Bewitched’, Luna’s second album. Another revealing detail of the devotion: Wareham and his wife, Britta Phillips (Luna’s bassist), made a beautiful album, ’13 most beatiful ‘(2010), in which they put music to the’ screening tests’ shot by Warhol with Reed , Nico or Edie Sedgwick.

They participated in the so-called new American rock and the neopsicodelia of the first half of the 80s, and even practiced jazz appointments, such as the song ‘John Coltrane stereo blues’, but in the dialectic between the guitars of Steve Wynn and Karl Precoda and the more relaxed songs sung by the bassist Kendra Smith, the ascendant ‘Velvetian’ is detected. In addition, they chose the name of The Dream Syndicate in memory of the homonymous and experimental band of Tony Conrad in which John Cale was a member.

She saw in Reed’s trajectory what she wanted to achieve: write poetry and put music on it. Reed won this battle, the one of conservatism that said that in rock lyrics there is no literature. Smith was one of his most gifted students. To better strengthen ties, the production of ‘Horses’ (1975) was carried out by Cale.

Would Kevin Shields’s group’s brutal layers of sound be the same without what Reed, Cale and Morrison had already successfully tested and developed, interweaving in an abysmal way guitars, basses, keyboards and violas to the monotone rhythm of Tucker’s drums to create a psychotic wall of sound? Possibly not.

8. The Jesus and Mary Chain

The Reid brothers must have listened to the first two Velvet records many times. Those dark, hieratic sounds would be central to what they developed on The Jesus and Mary Chain’s first and fundamental album, ‘Psychocandy’ (1985): melodies and pop choruses drenched in electrical parasites and dirty reverberations.

If Velvet Underground marked the transition from pop to urban rock, REM were crucial in turning post punk into alternative rock. In ‘Dead letter office’ (1987), their album of rarities, they included up to three versions of the Velvet: ‘Pale blue eyes’, ‘Femme fatale’ and ‘There she goes again’. In the ‘I’ll be your mirror’ tribute, Stipe hits the hook with a reading of ‘Sunday morning’ as beautiful as the original.

They are Canadians and authors of an alternative and delicate country folk. But Just because of the version of ‘Sweet Jane’ that appeared in ‘The Trinity sessions’ (1988), they should appear on this list. Margo Timmins, the singer, made a spiritual connection to the original song. They recorded it, like the rest of the album, in a Toronto church and with Ambisonic microphones (designed for 360-degree surround sound).

David Bowie produced Lou Reed’s first solo album, ‘Transformer’ (1972), taking him from underground velvet to ‘queer glam’. Thus settled the debt contracted with Velvet Underground, when after listening to the band he decided to go from folk to rock. Bowie, years later, really liked Dandy Warhols. They had paid homage to Andy Warhol, Velvet’s first mentor, to whom Bowie had already dedicated a song (in addition to bringing him to life in the film ‘Basquiat’). The squaring of the circle came when Bowie invited the Dandy Warhols to play a version of ‘White light / White heat’, from the Velvet’s second album, with him at the 2002 Meltdown festival.

Although in his name they cite Brian Jones, the first guitarist of The Rolling Stones, and the 918 members of a sect who died – murdered or in collective suicide – in Jonestown in 1978, the group formed by Anton Newcombe in the early 90’s exudes the classic Velvetian influence in their layers of sound and a renewed psychedelic. They have done everything, but Reed and Cale are two of their oracles.

Not long ago, Cave remembered the day he met Nico, in London, in the early 1980s, and the photo they took of him, in which she was reflected in a mirror at the back of the frame. Though proto-punk, punk and postpunk, the restless Australian always had the visionary music of Velvet Underground in mind. On the cover album recorded with Bad Seeds, ‘Kicking against the prist’ (1986), he did not forget to include ‘All tomorrow’s parties’.

Even thoughe the group led by Iggy Pop is contemporary with Velvet and its rock is more crude and garage, nested in the ideology of the Detroit band the same subversion than in the New York group. Cale produced their first album for them. Again Reed was the reference and Cale, the alchemist of sound.

Someone wrote that The Pantano Boas were a cross between Detroit and the Velvet. Several Spanish groups could be on this list, but the Barcelonan Pantano Boas worked it out to, in the final stretch of the 80s, become the ‘Velvetian’ children. On their first album they did a ‘medley’ with ‘Im waiting for the man’ and ‘Sister Ray’.