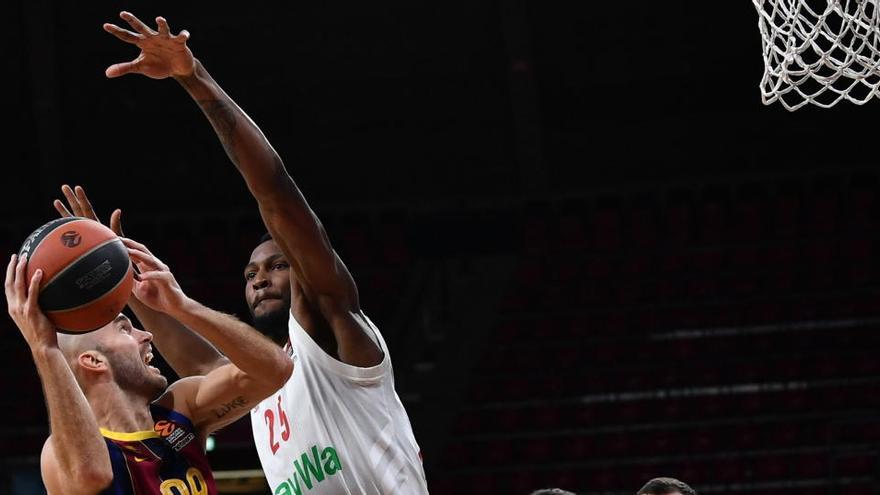 A Partial 27-10 against in the third quarter penalized Barça against Bayern Munich (90-77), who with his physical game and a brilliant Wade Baldwin (29 points) took advantage of the losses of the Barça team, who missed Nikola Mirotic, absent at the last minute for personal reasons.

Barça closed the year with another defeat, the third in a row in the Euroleague, against a direct rival that equals him in the classification with the same balance (11 victories and 6 defeats).

Without Mirotic, Davies and Claver, Barça did not dominate paint – he captured 27 rebounds for Bayern’s 33 – and suffered in defense to stop Baldwin’s external hierarchy. Against physical inside players like Reynolds or Gist, Jasikevicius only had Smits, Pustovyi and Oriola in the paint. Thus, the Lithuanian coach opted for enhance the perimeterEspecially in the first quarter, when gunners like Abrines, Barça’s top scorer with 16 points, or Smits (14) punished Bayern from the 6.75 meter line.

With Pustovyi as the generator of the game in the paint and Higgins unbalancing, Barça played a remarkable first quarter (16-26, min.9), only clouded by a last quarter against 6-0 (22-26) at the hands of Wade Baldwin, who led his team in the first twenty minutes with 18 points.

In the second quarter the forces were equalized. Rotations began in the Barça team, while Bayern charged Pustovyi and Oriola with fouls. The German reaction coincided with the most irregular moments in the direction of the Barcelona team. Losses multiplied and Baldwin, with his superiority from the perimeter, took advantage of it to put pressure on the Barça team (32-32, min.15).

But Barça did not hesitate and, with Cory Higgins and Nick Calathes assuming responsibility, closed the first half with a minimal advantage (43-45) against a rival with a much deeper bench. In the resumption, Bayern did not forgive against a tired Barça and without resources. Zipser appeared from the perimeter. He only endorsed an 8-0 run (51-45, min 23).

Jasikevicius stopped the match. His team was disoriented in attack and exploded Pustovyi’s centimeters. The Ukrainian center scored four consecutive points, but the Barça reaction was a mirage. Barça lost balls and did not control the rebound, while Baldwin, Zipser and Weiler smashed the Barça defense.

But the worst for the Catalans was the lack of ideas in attack. He only scored 10 points in the third act and Bayern left until 27, leaving the game on track (70-55). Barça was very touched. Despite this, he did not lose face to the match and, with a risky defense and Abrines’s triples, he came to be within thirteen points of the German team (82-69, min.36), but Baldwin appeared again with six points consecutive and place 88-69 (min.37), which was definitive.

Incidents: match of the seventeenth day of the Euroleague of basketball held at the Audi Dome in Munich without an audience.