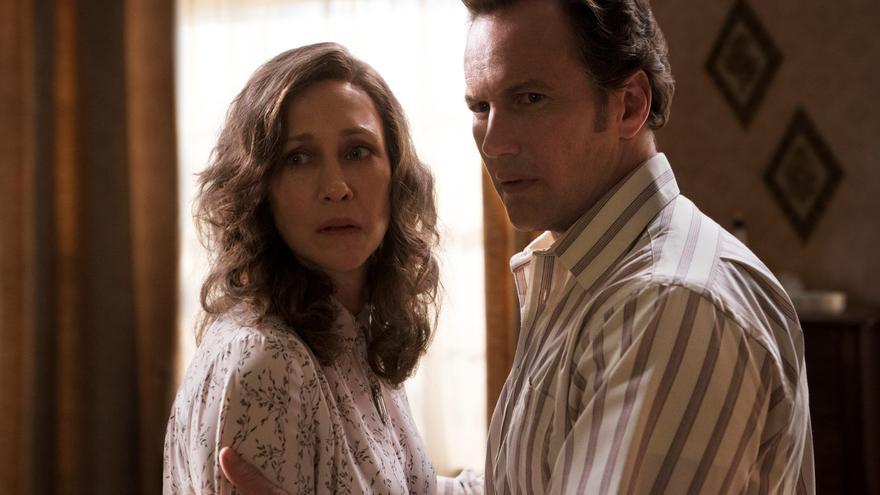 Los Angeles (USA), Jun 3 (EFE) .- The third installment of the “Warren File” saga brings terror back to theaters with a plot based on the trial of Arne Johnson, a famous case 1981 in which the defense used “demon possession” as an argument.

The trial, for a murder in a small town in Connecticut, attracted the attention of international media and aroused interest in conspiracy theories, which were already fueled by old films such as “The Exorcist” (1973) and “The Devil’s Seed. “(1968).

Mass hysteria regarding demonic figures led to the phenomenon becoming known as the “satanic panic” of the 1980s.

“An official guide was even developed to know how to deal with crimes or satanic disappearances. It was a different time,” explains Michael Chaves, the director of the new film in the horror saga that opens this Friday in theaters and on HBO Max. .

“The Warren File: Forced by the Demon” recovers that time to narrate a supernatural horror plot in which Patrick Wilson and Vera Farmiga return to their roles as investigators Ed and Lorraine Warren (a marriage that existed in real life).

“It is the first film in the saga that is truly based on a crime,” highlights Chaves.

The horror franchise decided to have the director of “La Llorona” (2019) to continue a saga that has raised more than 600 million dollars (about 495 million euros at current exchange rates) with its first two installments and that has spawned spinoff projects like the three “Annabelle” and “The Nun” tapes.

In addition, this film is one of the first horror projects to be released in theaters since the beginning of the pandemic, a genre that has a loyal audience in theaters.

“A LOVE LETTER TO HORROR CINEMA”

“The ‘Warren File’ movies are always a love letter to horror movies,” says the director.

However, Chaves and the writing team found it difficult to approach from a paranormal perspective a crime that happened in reality and left a fatal victim.

Arne Cheyenne Johnson was convicted of first degree murder by murdering his landlord in 1981. He argued that he was possessed with a phrase that was printed in the newspapers “the devil made me do it”, but the judge considered that this statement could never be proven and was therefore unfeasible in court.

“I was worried about the fact that there was a real victim in this story – Chaves reasons -. But we decided to take the point of view of the man who says he is possessed.”

“You can find out how the trial was on the internet and see that, despite your beliefs, Justice worked. This is a ‘Warren File’ movie,” he adds.

With almost 2,000 million dollars (almost 1,650 million euros) raised between the two films of the original saga and the rest of derivative projects, “The Warren File” is one of the most lucrative horror franchises in cinema, only behind ” Godzilla, “which also delivered one of the most important premieres of the pandemic in March.

After this commitment to stories based on real cases, he plans to release two new tapes: “The nun 2” and “The Crooked Man”.