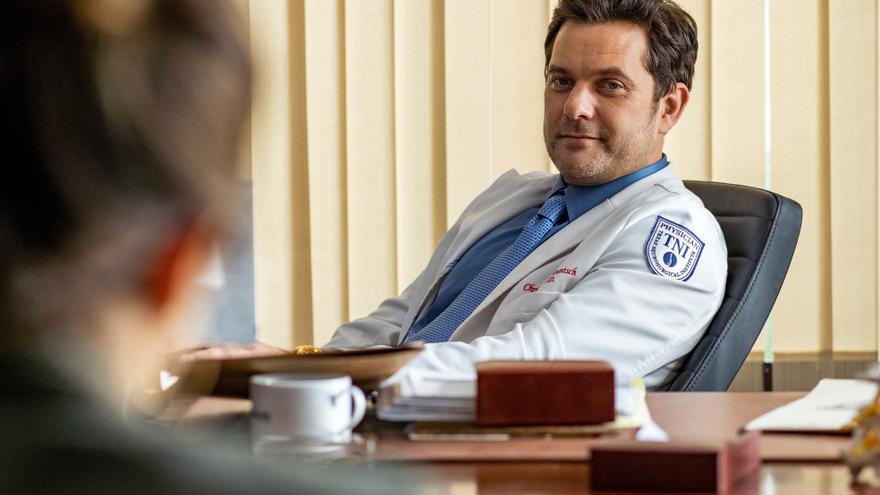 Madrid, Sep 11 (EFE) .- With a terrifying true story and a stellar cast led by the actors Joshua Jackson, Alec Baldwin and Christian Slater, this Sunday the 12th the series “Dr. Death” opens in Spain on the Starzplay platform. Inspired by the American doctor Christopher Duntsch, a neurosurgeon who due to his malpractice left dozens of patients mutilated or dead.

A charismatic and seemingly brilliant young man who was raising a burgeoning practice and becoming a rising star within the Dallas medical community after completing a master’s degree in neurosurgery in 2010.

Through tricks and tricks, taking advantage of the peculiarities and deficits of the American health system, the doctor, played by Jackson, managed to carve out a niche, despite the fact that patients entered his operating room to undergo complex spinal operations and left permanently mutilated or dead.

A terrifying being who ended up being baptized as “dr. D” or “dr. Death” (doctor death) and to whom Jackson reinterpreted with the freedom that he was not an excessively well-known character, according to the actor in an interview. with Efe made during the promotion of the series in the United States, where it was released in July.

Despite the well-known story of a story that also ended up being the Wondery podcast “Dr. Death ”(the film was nourished by this sound document),“ people don’t really know who he was or how he moved around the world, so I interpreted it with a lot of freedom ”, explained the actor of titles like“ Little Fires Everywhere ”, “The Affair” or “This is how they see us.”

He tried, above all, to get to know him through “the people who surrounded him and who confronted him”, since he “is not a good narrator of his own story, because he is a narcissist, he believes things that are not true to continue doing the things he does ”.

And it is that far from considering him a typical psychopath, “the bad guy, the evil one, a criminal, a monster”, Jackson ended up understanding that his true instinct is that “he believed that he was taking the world to his own level of genius and the world failed him ”.

“It seems to me that he still believes that because he is crazy,” he adds about Christopher Duntsch, who in real life is behind bars after being sentenced in 2017 to life imprisonment for his criminal actions as a surgeon.

As cited at trial, dr. Death left sequelae in at least 33 patients in the two years he acted before he was disbarred and sentenced to life in prison by the Texas Department of Justice. Two of his patients died and at least two others required a wheelchair after their operation, after losing mobility.

As the victims piled up, two fellow physicians, neurosurgeon Robert Henderson (Alec Baldwin) and vascular surgeon Randall Kirby (Christian Slater), set out to stop him, faced with a complex American healthcare system where the patient is not always the first.

And it is that since the suspicions began, more than two years passed until Duntsch was disabled, in which he continued to accumulate disasters. His nonsense was such that he frequently went to the hospital without sleeping, after a night of partying and having consumed cocaine.

Along with the trio of doctors, the cast of the series is completed by Grace Gummer (“Mr. Robot”, “The Hot Zone”) and AnnaSophia Robb (“The Act”, “Little Fires Everywhere”).

Produced by UCP, a division of Universal Studio Group, “Dr. Death ”is written and executive produced by showrunner Patrick Macmanus (“ The Girl from Plainville ”) and directed by a team of filmmakers Maggie Kiley (“ Dirty John, ”“ Riverdale, ”“ Chilling Adventures of Sabrina “), Jennifer Morrison (” Euphoria “) and So Yong Kim (” Loop Stories “” Room 104 “).

The series was released in July in the United States and is now arriving in Spain and Latin America thanks to Starzplay, the fixed subscription video-on-demand streaming service offered by Starz.