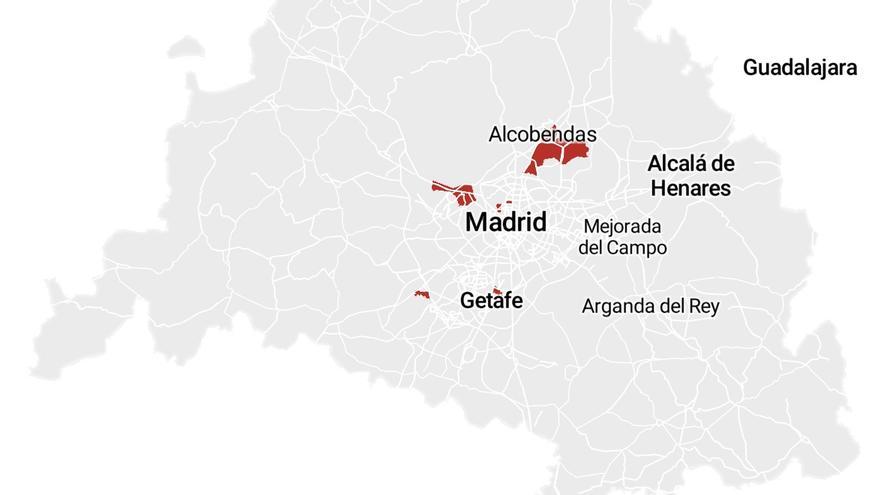 The General Directorate of Public Health limits mobility in these new areas for 14 calendar days, from 00:00 on Monday, December 28 to 00:00 on Monday, January 11, as reported by the general director of Public Health, Elena Andradas. Likewise, the Ministry of Health continues with mobility restrictions, for seven more days, that is, until 00:00 hours on Monday, January 4, in the basic health area of ​​La Moraleja, in the town of Alcobendas.

In the ten sanitary areas with restrictions as of Monday, people can only enter and leave for justified reasons, and citizens can move on public roads within the perimeters of the affected area. For December 24, 25 and 31 and January 1 and 6, there will be no restriction on entry and exit mobility in these areas.

The capacity in places of worship is set at a maximum of one third. During the wakes, a maximum of 15 people may congregate in open-air spaces and ten in the case of closed places. The capacity and hours of activity are maintained as in the rest of the region, generally at 50%.

The regional government, however, will lift this confinement promptly for December 31 and January 1 and 6, coinciding with the New Year’s Eve and New Year’s Eve celebrations and the Three Kings Day. This means that confined citizens and their families and relatives can freely enter and leave the area on those days, but taking into account the usual precautions for using a mask and safety distances.