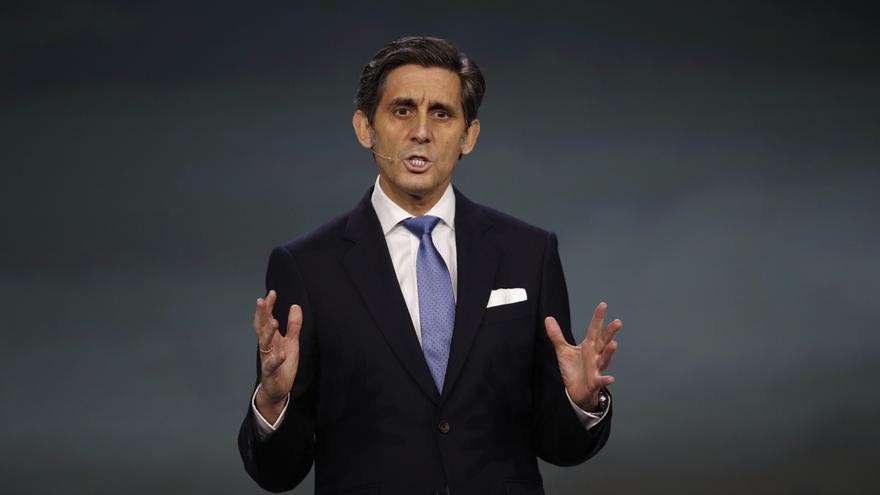 After the formal acts with the authorities this Sunday, Monday began with the opening day of the Mobile World Congress (MWC) in Barcelona. Those responsible for kicking off the meeting were the main executives of Telefónica, Vodafone, Telia or GSMA, the employers' association that organizes this meeting annually. The speeches have shared three points that all of them coincide with: claiming the role of the operators during the pandemic and in the future, requesting new rules for the sector and looking towards what is happening in Eastern Europe, with the Ukraine crisis experiencing its fifth day of Russian invasion.

The main speech was given by José María Álvarez Pallete, president of Telefónica and GSMA. The Spanish executive has taken advantage of his participation in the forum to recover his usual demand for other regulations for telecoms, especially in Europe, to compete with the big technology companies. "We are not asking for privileges, only justice," assured the chief executive of the former public company before the MWC audience, which for yet another year has used a mixed face-to-face and digital system for attendees, after having had to suspend the 2020 edition for the coronavirus.

"We need to create a new framework, a new system that creates value for all", Pallete assured during his speech. "In the last 25 years, no one has contributed as much to the economy as we have," she added, claiming that the sector needs "respect" to compete with "the same rules." To justify this speech, common in Pallete's participation in public forums, he has claimed the role of telecommunications operators during the pandemic. "Without us, the world would have stopped," she said.

Also for the future. "Our sector is crucial," she pointed out. "We are entering the era of super-connectivity and making and continuing to make all kinds of connections possible," he pointed out in a forum that he shared with the CEO of Vodafone, Nick Read, among other European and Asian executives. Traditionally, the conference of the leaders of the sector, organizers of the event, serves as the start for a week of meetings of multiple sectors around mobile connections and the development of new technologies.

Read has agreed with Pallete in his request to regulators, supervisors and governments to change the rules of the sector, allowing the advances that, according to him, would come with that change. "We need to collaborate, that the regulators join us," he assured. The Vodafone executive has vindicated the role of Spain, whose steps he has taken both at a regulatory and fiscal level for the work of telecommunications operators.

If last year's event was still marked by the pandemic, this year's event has been impacted by the crisis in Ukraine, which broke out just three days before the start of the main annual event in the sector. The directors have not avoided this reality and have made direct mention, after the MWC announced the veto to Russia's space at the fair after having begun the invasion of its neighboring country. "The GSMA strongly condemns Russia's invasion of Ukraine," said Mats Granryd, CEO of the GSMA, who opened the event.

"The main problem we are facing now is the war in Ukraine. It is putting new political, economic and social pressures on the whole world," Vodafone's Read said. Pallete has also made reference to the situation in Eastern Europe, recalling that society currently lives in a continuous "conflict". “The convulsions of the 20th century and the disconcerting events of the dawn of the 21st century, such as what is happening right now in Ukraine, have reminded us that technology has no value”, she has pointed out in this regard. “Technology has allowed us to change things and do many new things, but we are the ones who must decide what and how to do it”, she specified.