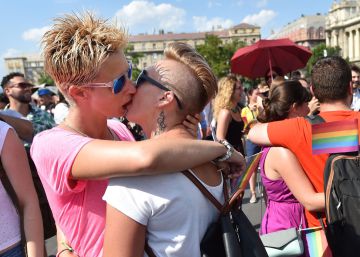 A little more than a decade ago, Japanese researcher Shinya Yamanaka achieved something similar to reversing time. In 2006, he showed that four genes were enough for the cells of an adult to return to a state similar to the embryo and thus recover the ability to later become any type of tissue. That technique was a promising step for the development of a regenerative medicine in which cells were created at will with which to repair damaged organs. And it still is, but although it has managed to reprogram cells and turn them into almost any type of tissue, to make these cells that once transplanted behave as they should and serve to treat diseases is still a challenge.

One of the theoretical applications of cell reprogramming is to transform a skin cell, for example, into an ovule, the original cell and the one that has the ability to differentiate into all the cells necessary to build a complete organism. Recently, a clinic dedicated to fertility treatments, taking advantage of the celebrations of the LGBTI + Pride, suggested that the possibility that a homosexual couple had children with the genetic information of both was close. By taking normal cells, they could be reprogrammed and create a sperm and an egg that, once fertilized, should be implanted in a woman's uterus. The technique would also work for heterosexual couples who could not naturally produce their own eggs and sperm.

In humans, up to now, with this technique it has only been possible to create oocyte precursors

Research in this field is intense and achievements in animal models have been important. In 2016, a group of researchers led by Katsuhiko Hayashi, from the University of Kyushu, in Japan, he managed to produce ovules of fully functional mouse from pluripotent stem cells. Afterwards, the ovules cultured in the laboratory were subjected to in vitro fertilization and inserted into mouse females for gestation. Although the process had a small success rate, some of these pregnancies produced fertile offspring that later had their own offspring.

In 2018, a Chinese team He managed to overcome another obstacle that makes mammals, unlike other groups of animals, can not reproduce between same-sex couples. The genomic imprint causes that, in normal conditions, there are different genes of the father or the mother that turn on or off. When there is a combination between the two sexes, the embryo can be viable, because the sum of activated and deactivated genes makes the system work, but if a sperm is created from the female's cells, the genes that remain off in the ovule and in the sperm would be the same and the system would fail. The researchers, led by Qi Zhou of the Chinese Academy of Sciences, performed the necessary genetic manipulations to avoid this problem and managed to produce 29 viable offspring from 210 embryos. His attempt to do the same with the males failed.

Carlos Simón, scientific director of Igenomix, a company dedicated to reproductive genetics, explains that cell reprogramming is not so complicated to create muscle cells or neurons, which have very specific functions. "Creating a cell on which the creation of a human being will depend is much more complicated," continues Simón, who has published in this field. To begin with, because the combination of genes is more complex. "The four genes that served Yamanaka to create undifferentiated cells do not help us create primordial cells," he says. In addition, to demonstrate that the process works in humans as it has done in mice it would be necessary to create and destroy embryos, something that can be done in countries such as the United States or England, but not in Spain. "There is a process of five or ten years ahead with many verifications," adds Simon.

Anna Veiga, director of the Bank of Cell Lines of the Center for Regenerative Medicine in Barcelona, ​​recalls that, although mice have produced both ovules and sperm that are fertile and fertilize and give rise to mice without problems, in humans much caution is necessary. "In humans, the last thing that has been achieved is to produce ovogonies, which are precursors of the oocytes, but in a very imperfect way," he says. The work, published in the magazine Science, was led by Mitinori Saitou, from the University of Kyoto, and several entities from Japan collaborated, the country that leads this field of research. Veiga also points to the difficulties of testing these techniques in humans. "In mice, you can do all the tests that are to demonstrate the functionality of the gametes (ovules and sperm), and then you have to introduce that embryo in a carrier mother, see how it behaves in pregnancy and see how the offspring ", Add.

From the point of view of the daily practice of in vitro fertilization, Juan Antonio García Velasco, medical director of the Valencian Institute of Infertility (IVI) in Madrid, considers that this approach is something very distant, although he recognizes that "many things that we they seemed like science fiction today they do not attract attention ". The use of cell reprogramming to produce ovules could serve to avoid infertility problems in women beyond 40 years, but García Velasco believes that other innovative techniques, "such as nuclear transfer", can be closer solutions. In this case, the mother's nuclear DNA would be introduced into an ovule of a young donor from whom the nucleus would have been extracted. These techniques, unlike cell reprogramming, have already been used to produce pregnancies avoiding some diseases.