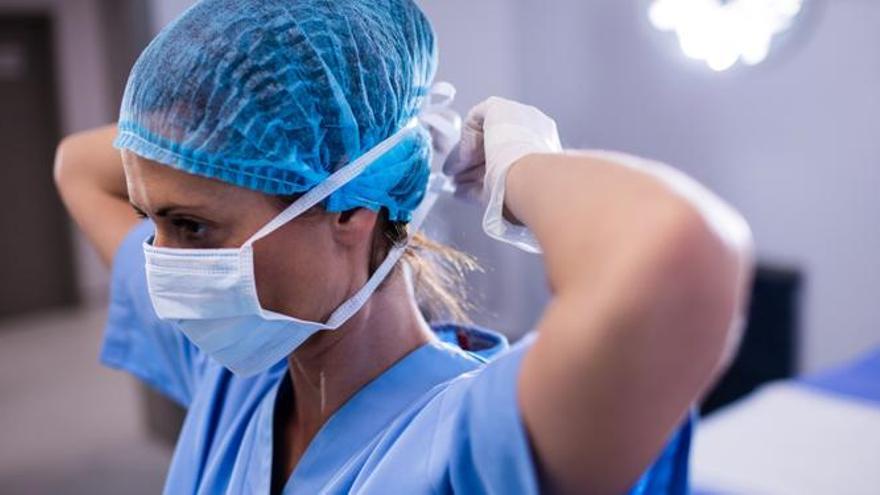 The testimony of a nurse recorded in front of the emergency department of a hospital in Malaga it reflects the harsh situation in many health centers. The nurse reports that many people are not aware of the reality of the pandemic because they cannot see what is really happening inside the hospitals where people are dying. It also shows the fatigue of all health personnel almost a year after the start of the pandemic.

“This is serious when it’s your turn. When it doesn’t touch you, it doesn’t exist. I would like the people who say that to come inside where I am and see that fathers, mothers, siblings and many people do not see their family, they die alone, “said the health company.

Further, the utility has recognized that it begins to be “tired” by the situation. “When there is no more room, you ask yourself what to do with a patient or where to put him. And there are times when you have to choose who lives and that is very hard, but it is like that,” he expressed through tears.

Hospitals sound the alarm about the impact of the third wave

The data seem to indicate that the pandemic is slowing its progress in Spain and the new positives begin to decline smoothly, however this third wave that began more than a month ago suffocates hospitals and their ucis, which continue to sound the alarm. In Catalonia, the transmission rate is 0, 93 compared to 0.95 in recent days, and so has the risk of regrowth, although there are 127 more hospitalized patients and seven new admissions to the ICU.

Epidemiological indicators indicate that it has exceeded the peak of infections of the third wave but the care burden continues to increase, with which the Department of Health considers that the current restrictions should be maintained. In Catalonia, today the new satellite hospital built next to the one in Can Ruti in Badalona (Barcelona) with 40 ucis beds will start up.

In the Madrid’s community, infections have dropped notably -something common on weekends when fewer tests are done- from 5,488 to 1,670 cases, but hospital pressure is maintained with 4,295 admitted to the ward and 715 in the ICU, compared to 4,114 and 718 the day before . Deaths also rise from 62 to 71. But the region is not going to tighten the limitations. A total of 1.8 million people from Madrid, 27% of the region’s population, will be confined to their municipalities and health areas. The ucis of the Basque hospitals yesterday registered the maximum occupancy of covid patients since the middle of April, in the middle of the first wave, with 157 seriously ill; In addition, 74 admissions to the plant have been recorded, 14 less than the previous day, and infections have been placed for the first time since January 25 below 1,000 daily, with 855.

In Galicia, The number of new infections adds two days of decline, with 161 less, after the slight rebound on Thursday, although the number of hospitalized patients continues to increase, especially in the ward, while there are four more patients in the ICU.

The Valencian Community has reported its lowest number of infections in the last thirteen days, with 3,933 positives, 20.5% less than last Sunday; However, hospitalizations have risen again after five days of decline, and admissions to the ICU, which are the highest in the pandemic. Specifically, in Valencian hospitals there are 4,494 patients with covid, 156 more than on Saturday, and of them 670 are in ICUs, 15 more than the previous day and the highest figure since March, while 95 deaths have been registered in one day . Also in Castile and Leon New positives have experienced a decline, with a total of 1,381, while the deceased number 38.

The cumulative incidence has decreased by Cantabria, has added 122 new cases, 65 less than the previous day and has reported two deaths and more patients in hospitals. On the other hand, in The Rioja The active cases of covid have fallen, which are below 3,000, and it presents stability in most of its indices. Murcia It has added 30 deaths in the last hours, the highest figure since the pandemic began, bringing the total number of fatalities to 1,071. And the healthcare pressure improves in Balearics, with 412 hospitalized (two less than on Saturday) and 135 admitted to the ICU (two less) and has reported four deaths. Asturias is referring patients to the Central University Hospital.

Andalusia has exceeded 400,000 cases after registering 7,892 new cases in the last hours, only seven less than on Saturday, when a new record was reached, while the number of deaths has registered a large decrease from 64 to 22; In the last hours there have been 36 admissions and 6 of them have needed ICU. For its part, in Madrid, today, pharmacies and dental clinics will begin to do rapid antigen tests in settings with high transmission, although citizens will not be able to go on their own, a medical prescription will be necessary. In Valencia, the security forces have imposed last weekend 4,124 sanctions for non-compliance with health regulations and sanctioned bottles.